Nighttime as a policy topic still remains at its infancy at the European level, and should be widely promoted, by stressing the need of basing nighttime approaches on consultation and coproduction among different stakeholders, both from the public and private sector, as well as from civil society.

Today, the challenge is to develop this agenda, with a perspective that goes well beyond the needs of a certain group of the population (such as tourists or partygoers) and the resolution of the most visible security issues.

Local authorities recognise the importance of developing nightlife and better managing it in order to promote tourism, make an area more attractive and increase economic development, but also to better meet the expectations of citizens, who have different uses of the city at night.

Despite the numerous opportunities that nightlife activity represents for cities and their urban economy, as well as their social fabric, the change of uses of the city that happen at night can lead to some negative impacts, especially in terms of security. Indeed, at night, the disappearance of visual landmarks and the heightening of concerns and fears increase a particular fear of crime, whether it is actually related or not to crime rates.

The above applies particularly to certain population groups, such as women and sexual minorities, whose feelings of insecurity increase at night, as this is when street harassment risks seem much greater, or most vulnerable groups like the homeless, who are often subject to violence. These perceptions can lead to avoidance of certain areas, as well as to undermining of cohabitation and ultimately to cities’ nighttime quality, therefore influencing economic dynamics.

Cities need to diagnose the current situation of their territories in order to identify existing challenges, resources and opportunities to ensure their nightlife quality. As for security, this assessment exercise has to take into account the type of nuisances and problems according to different times and places, and should be based on multiple tools, such as explorative walks, surveys of different areas, feedback from Night Councils, local observatories, etc.

Nowadays, multiple practices are implemented in order to reduce the negative impact of nightlife activity in terms of security. For instance, harm reduction policies, bringing together security and health, have proven to be effective tools to improve wellbeing and nightlife quality. In the same vein, conflict management through deployment of frontline actors in charge of mediation and awareness raising are more and more considered as key instruments to reduce night unrest in certain areas. Nighttime is increasingly being considered by local elected officials as a key topic to include in their policy agendas.

As such, nighttime itself is becoming an undeniable element to take into account in the way cities are being developed. For instance, public spaces are more and more being designed by considering their nighttime use, and the need of guaranteeing their positive impact on users’ feelings of security, and ultimately on social cohesion. Similarly, some cities have decided to formalise their engagement towards this topic by setting up specific policy platforms and consultation schemes aimed at addressing nighttime challenges. 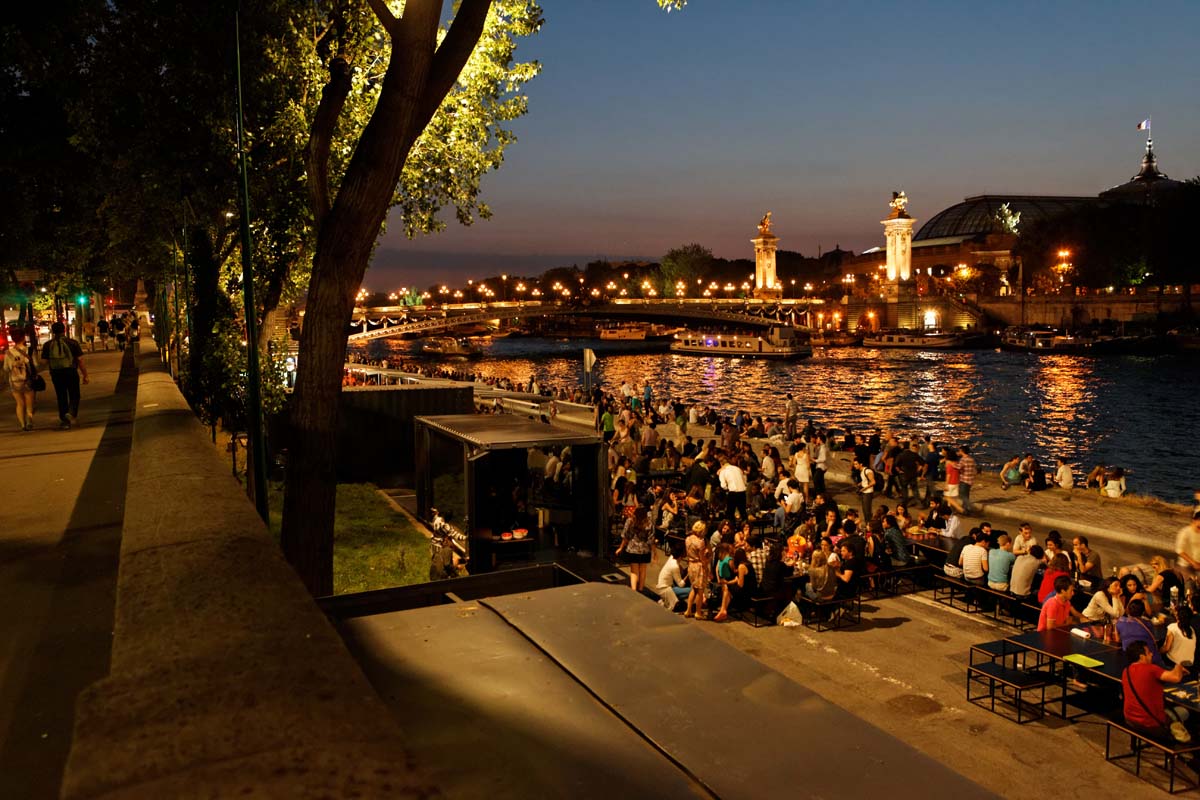 See what Luc Gwiazdzinski, Frederic Hocquard, Kaoru Mende, Mirik Milan, Leni Schwendinger and Jess Scully –  have to say on the nighttime in cities.