The LUCI Annual General Meeting, the international forum for cities on urban lighting, gathered 250 city representatives from over 40 cities in Rabat (Morocco) on 31 October to 3 November 2018 in a unique event bringing together lighting professionals, cultures and communities from Africa, Asia and Europe.

This was the opportunity for the Moroccan capital, a UNESCO World Heritage city, to demonstrate how light is helping it move forward with major urban development projects as “City of Light, Cultural Capital of Morocco”. 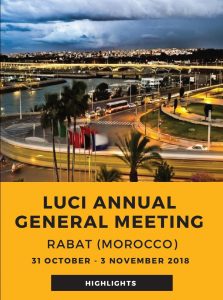 The Mayor of Rabat, Mohamed Sadiki and Rabat’s Head of Public Lighting, Abderrahmane Mejdoubi, were joined by prominent experts from the region

– such as Abderrahmane Ifrassen of Rabat Région Aménagement, Mohamed el Haouri of the Moroccan Agency for Energy Efficiency (AMEE), Abdelaziz Adidi from the National Institute of Urban Planning and Urbanism (INAU), Hassan Radoine, Director of the National School of Architecture of Morocco, Vincent Thiesson, Lighting Designer at Agence ON and Mohamed Es-semmar from the Agency for the Development of the Bou Regreg Valley –  to explain the urban development and lighting strategy of Rabat. 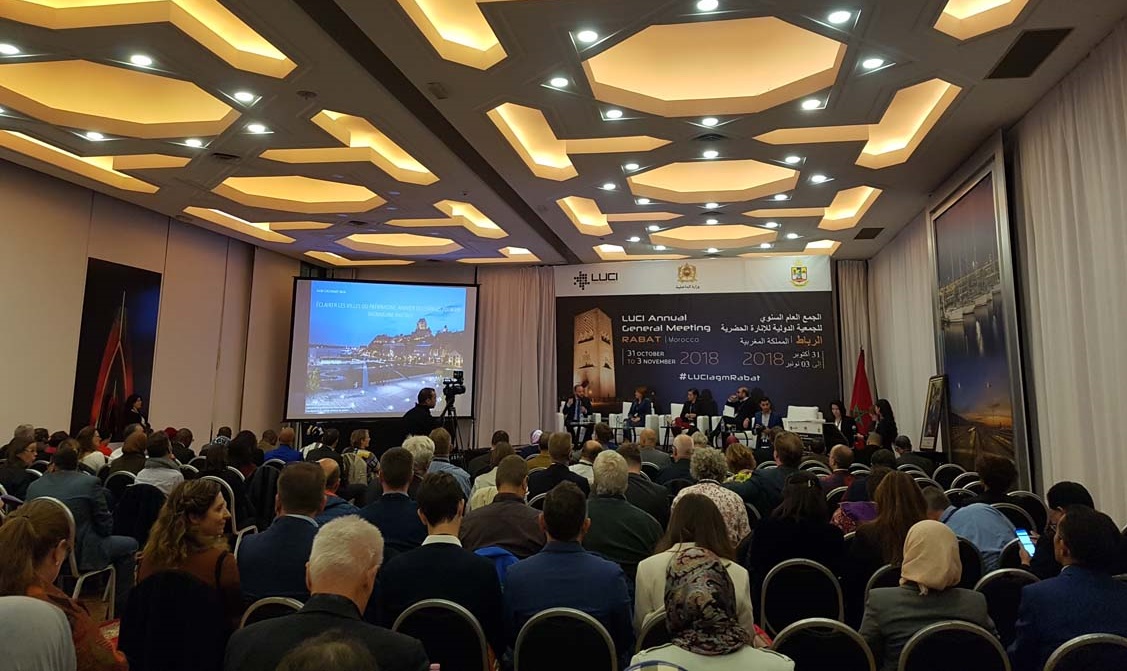 Light – a tool to enliven shared heritage in cities

Drawing inspiration from Rabat as a UNESCO World Heritage site, the event was the perfect occasion for an international panel discussion on lighting heritage. 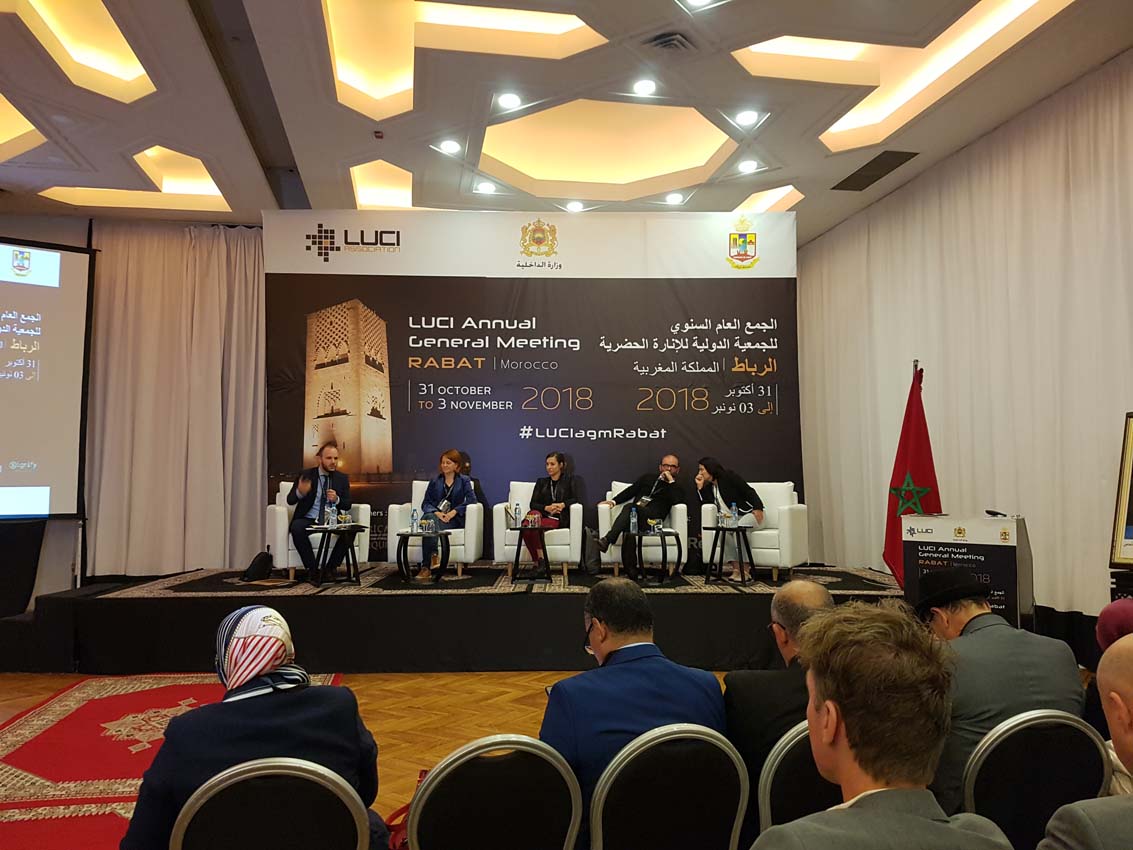 Bringing together city representatives and lighting experts –  Véronique Koulouris, Advisor in Architecture and Lighting Design from the National Capital Commission of Quebec, Nevena Kovacevic, Lighting Designer at Zenisk Studio, Thierry Marsick, Head of Urban Lighting Department at the City of Lyon, and Carole Purnelle, from the Portugal Heritage Association & Artistic Director of OCUBO –  the discussion addressed how light can be a tool to enliven heritage cities and create a shared heritage.

Panellists emphasised the importance of a long-term, politically supported, city-wide strategy that reflects local people’s relation to the heritage, considers the overall vision and nocturnal landscape of the city, and takes into account all the different users and stakeholders. Light should be seen as an additional layer, one that does not simply illuminate the city’s heritage, but rather reveals and activates it.

Moderated by Cathy Johnston from the City of Glasgow, the discussion ranged from a city-wide policy perspective, to specific methods and ideas on involving communities, including examples of social research, community night walks and workshops. 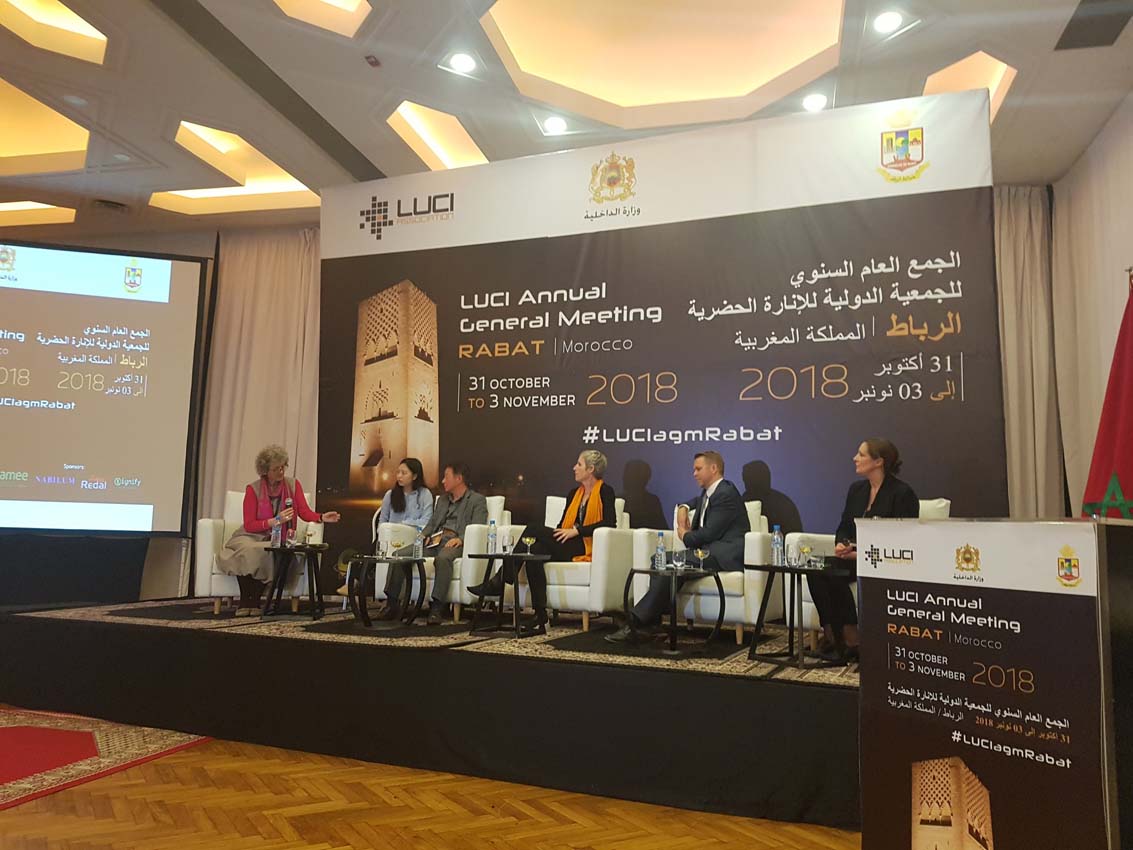 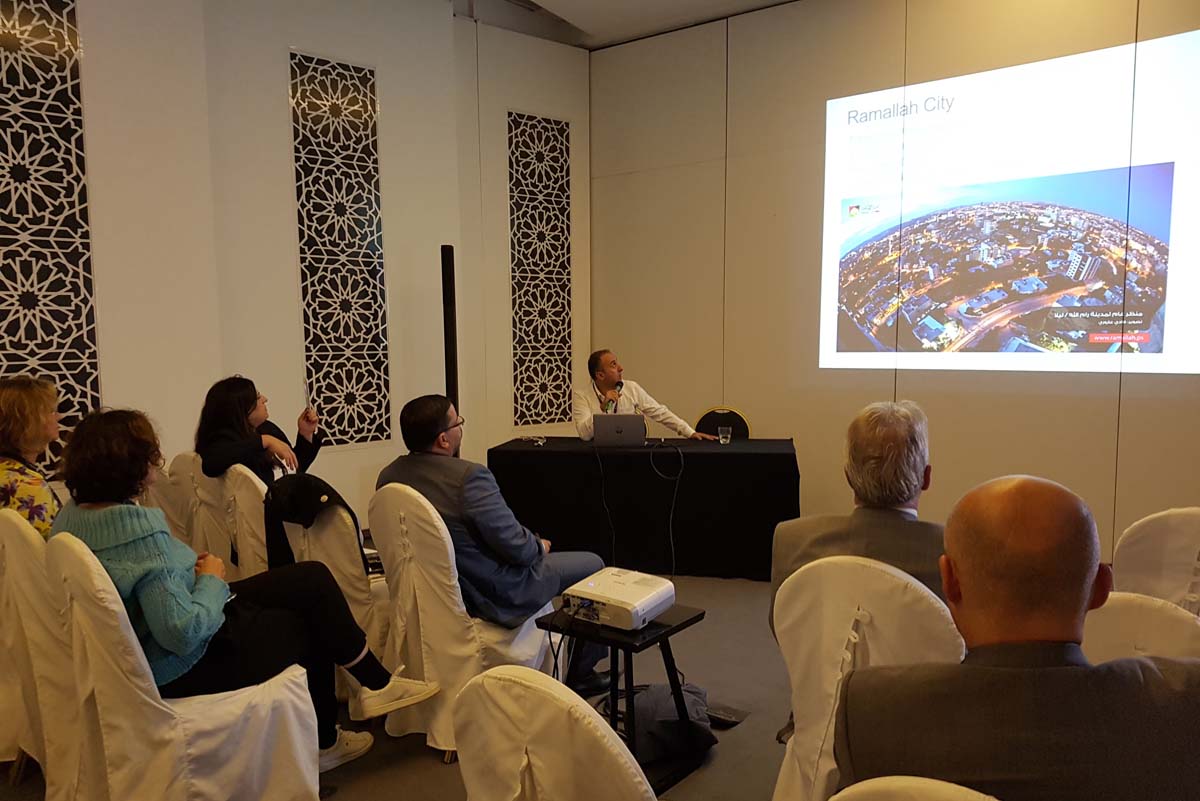 Major cities from around the world, such as Budapest, Moscow, Paris, Ramallah, Helsinki, Gothenburg, Strasbourg and Quebec, amongst others, shared their latest lighting projects and research initiatives in the AGM Open Conference sessions.

LUCI also elected a new Executive Committee to lead the network at the General Assembly on 2 November 2018. The City of Seoul (South Korea) is the new President of LUCI and the City of Jyväskylä (Finland) has been elected as 1st Vice-President of the network.

The City of Lyon is the 2nd Vice-President and the City of Gothenburg is the Treasurer of the organisation.

The General Assembly was also the occasion for LUCI members to discuss the network’s past and upcoming projects and events.

Mary-Ann Schreurs, from the City of Eindhoven, was given a standing ovation for her outstanding contribution as LUCI President from 2016 to 2018 and was made a Honorary member of the LUCI network.

The AGM event saw the cities of the network move forward with working groups and inter-city projects. 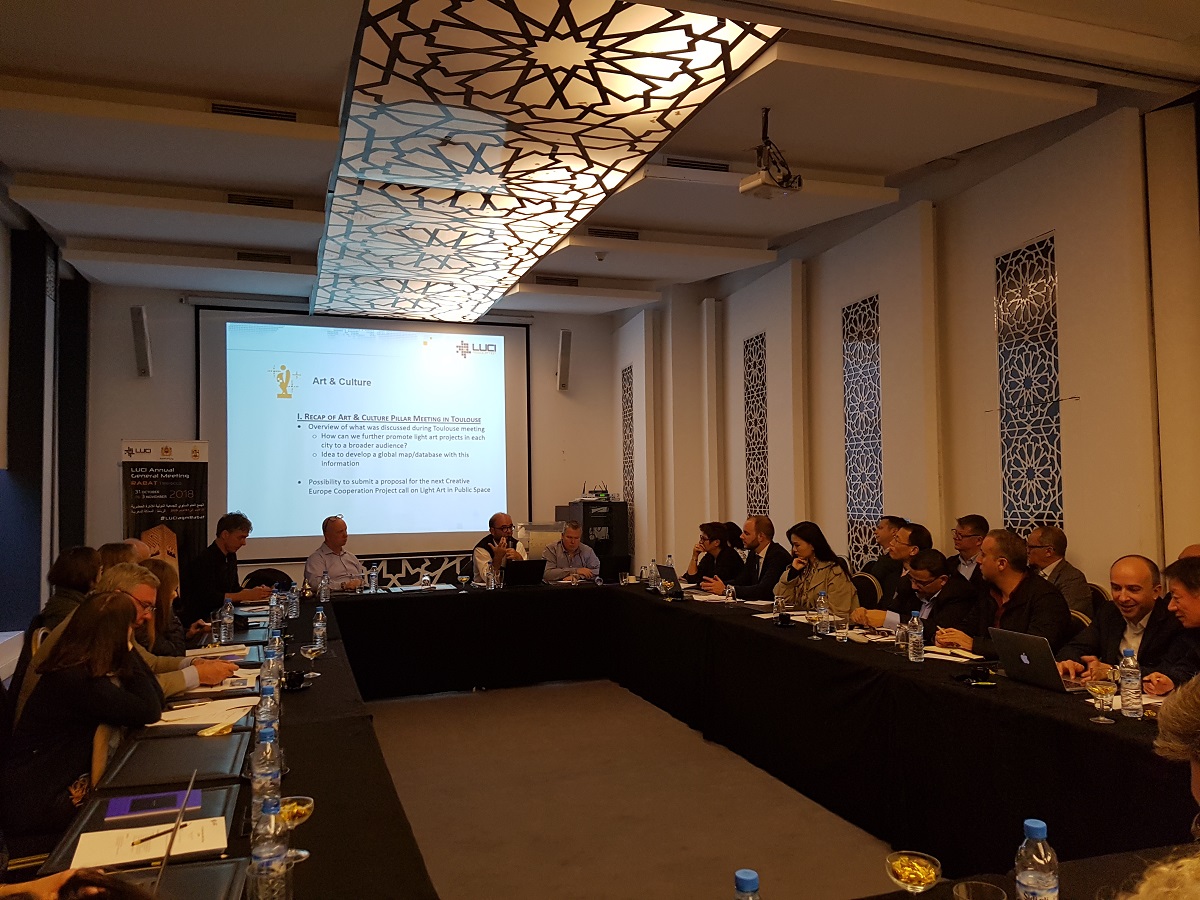 Over 10 cities came together in the first meeting of the LUCI Social Cohesion Pillar to start a conversation on municipal needs and activities related to light and community engagement, urban regeneration and placemaking processes, and to lay the groundwork for potential collaborative projects in the future.

LUCI’s Art & Culture Pillar working group, which aims to open the field of creative lighting to new artistic forms in both permanent and festival lighting, gathered over 30 persons to begin activities on a database of existing permanent light art works in public spaces around the world.

The event was also the occasion for the network to move forward on the much-discussed topic of smart lighting. Researchers Don Slater and Elettra Bordonaro of Configuring Light – London School of Economics and Political Science presented some the first findings of the Pathways to Smart Urban Lighting project, the first global, comparative study of cities’ approaches to smart lighting.

A bright future for LUCI in the African region

This event was also the occasion to gather over 14 cities from Morocco and the wider African region, such as Abomey, Accra, Dar Es Salam, Fes, Kinshasa, Libreville, Kenitra, Mfou, for feedback on recent LUCI events in the region (such as the 2017 Urban Lighting in African Cities conference in Dakar, Senegal, and this year’s Urban Lighting Training Session in Ouagadougou, Burkina Faso).

It was also the occasion to discuss the future of LUCI on the continent:  representatives of cities and Mayors’ Associations reaffirmed the importance of public lighting for better quality of life and economic and social development. 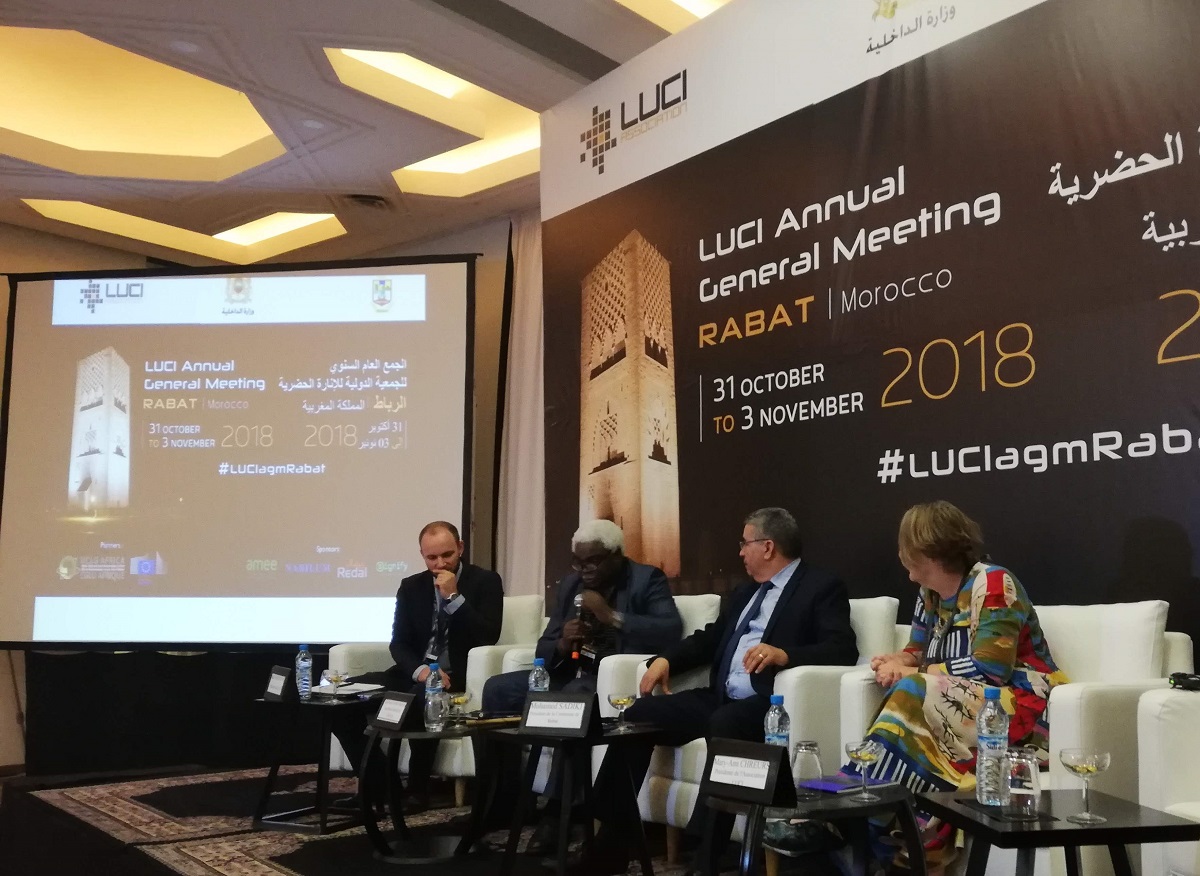 They called for more peer-to-peer training and capacity-building in this domain, as well as more partnerships and decentralized cooperation.

The development of LUCI activities in the African continent is one of the priorities of the network, which took a historic step at this AGM, with the election of the City of Rabat, as the first African city, to enter the LUCI Executive Committee. 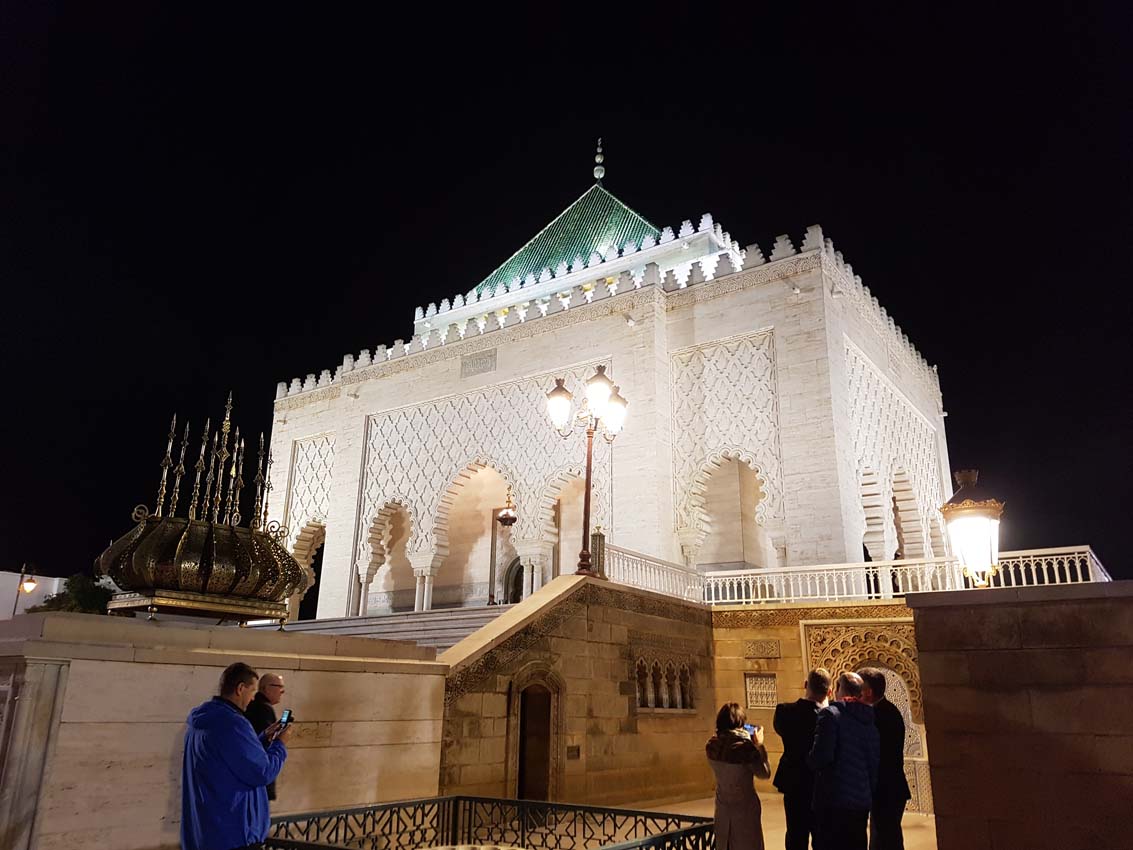