Once again, the LUCI network gathered for its Annual General Meeting, which took place from 13 to 16 November 2017. This AGM marked the 15th anniversary of LUCI, which was founded in 2002, in Lyon.

After Helsinki and Seoul, Durham, a historic city and the county town of County Durham in North East England, hosted the event and its 140 participants. Lighting professionals from over 40 cities came together to discuss urban lighting trends and issues, and to discover Durham, place of Light. 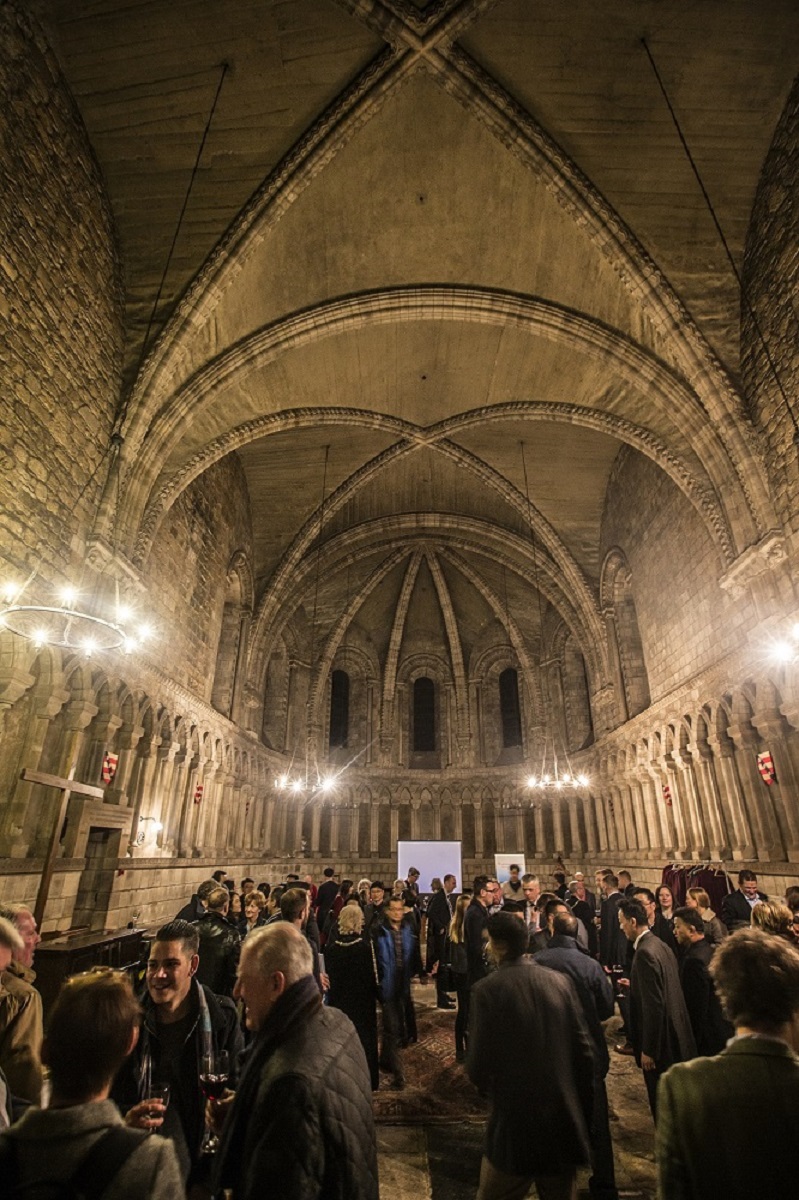 “This is Durham, place of Light”

The AGM was an opportunity for Durham County Council (DCC) to present its global strategy to transform itself using light.

With presentations from Councillor Simon Henig, Michelle Gorman (Visit Durham) and Sarah Slaven (Business Durham), participants learned how light could be used as a tool for economic regeneration. A former stronghold of the mining industry, Durham now leads the way in sustainable urban lighting. Stuart Timmiss, John Reed and Brian Buckley from DCC along with lighting designer Anthony Smith explained how Durham is making strides in its carbon reduction programme through a more sustainable approach to lighting for its heritage sites as well as through street lighting retrofit projects.

County Durham is also home to the Thorn Academy of Light, in Spennymoor. A supporting member of LUCI, Thorn welcomed participants for a workshop focusing on lighting strategies and their impact on urban lives.

As Durham learned through active place branding, light can be a powerful tool to enhance a city’s attractiveness. An international panel discussion brought together Tim Edensor, a Geography researcher, Helen Marriage, the Artistic Director of Artichoke, Sarah Gaventa, the Director of the Illuminated River Foundation, and Leni Schwendinger, the Creative Director of NightSeeing. 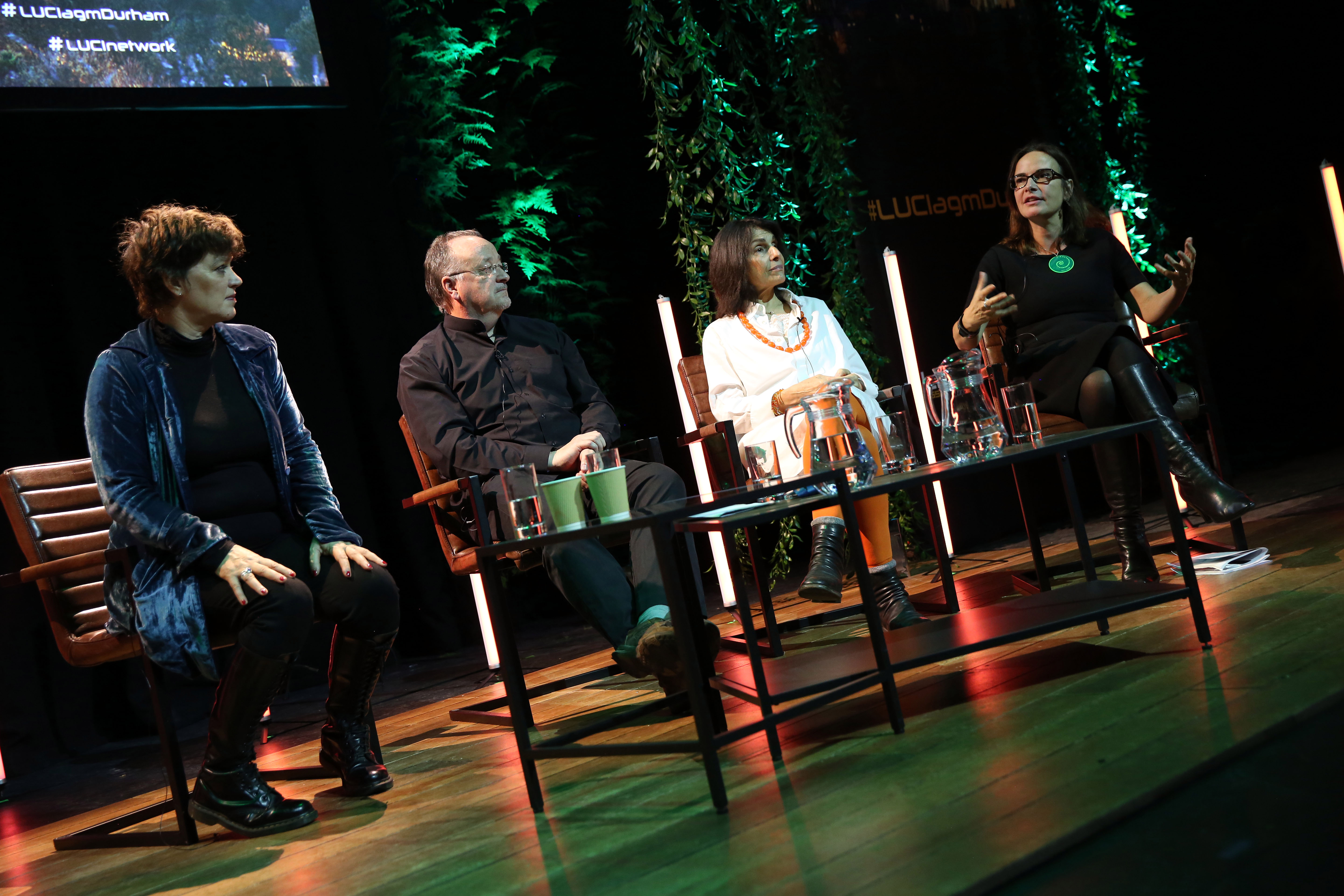 They presented a large array of urban lighting initiatives – event and permanent lighting installations, community-based experiences and city-wide projects – to exemplify how lighting can change the perception of a city, for inhabitants and visitors alike.

A second international panel discussion focused on intelligent urban lighting strategies, that cities are now developing across the world. 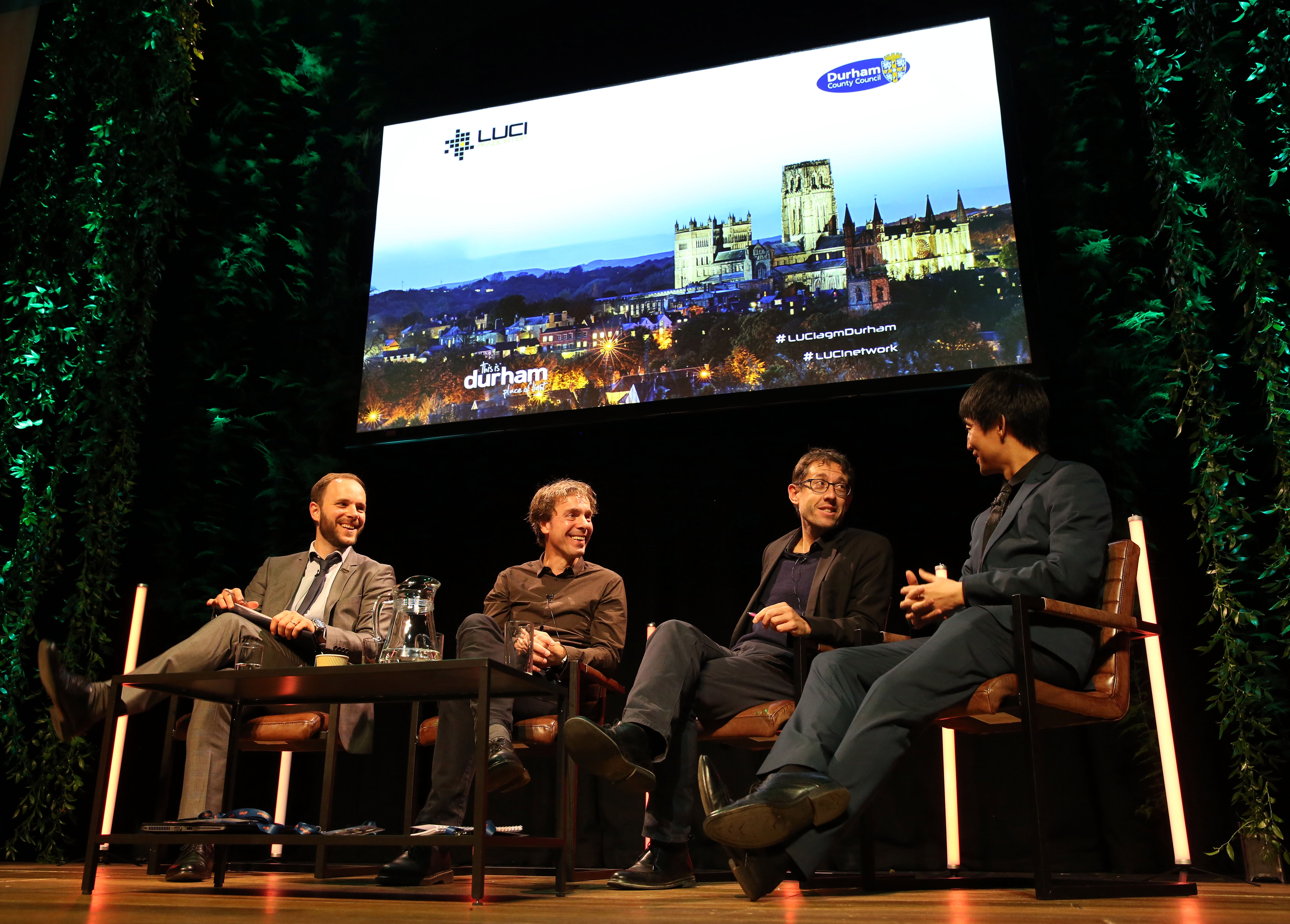 The issue was to understand how the Internet of Things could improve the Quality of Life in a city.

Rik van Stiphout, the Program Advisor on Light & Culture for the City of Eindhoven, Joël Lavergne, the Public Lighting Manager for Toulouse, and Hongjian Sun, Professor at the University of Durham, discussed how technological innovations could benefit the way we conceive and construct cities, and how it could impact how citizens live in them. This pressing question sparked a lot of conversations within the audience.

The Open Conference Sessions (OCS): a platform to discuss the many uses of light in the city

This year, 17 speakers participated in the OCS to share their cities’ initiatives and present innovations and new research projects. The presentations came from member cities such as Glasgow (Scotland), Jinju (South Korea) and Rotterdam (Netherlands) amongst others, companies, academia, and a local network of light festivals (Light Up the North). Topics ranged from the use of ‘scenario planning’ to imagine the future of cities, to connected public lighting as an enabler for urban IoT systems, to architectural illumination with LEDs, to the work of Lighting Designers without Borders in Haiti.

The General Assembly: a key moment for the network

At this year’s meeting, LUCI members looked back on the events and activities held over the past year. They also learned about the network’s next steps.

New collaborations are on their way: after signing a Memorandum of Understanding with the London School of Economics (LSE), LUCI officially launched a collaborative research project with the LSE Configuring Light research group and OSRAM. Pathways to Municipal Smart Lighting will debut in 2018.
A Friendship Agreement was also signed with the IALD earlier this year. 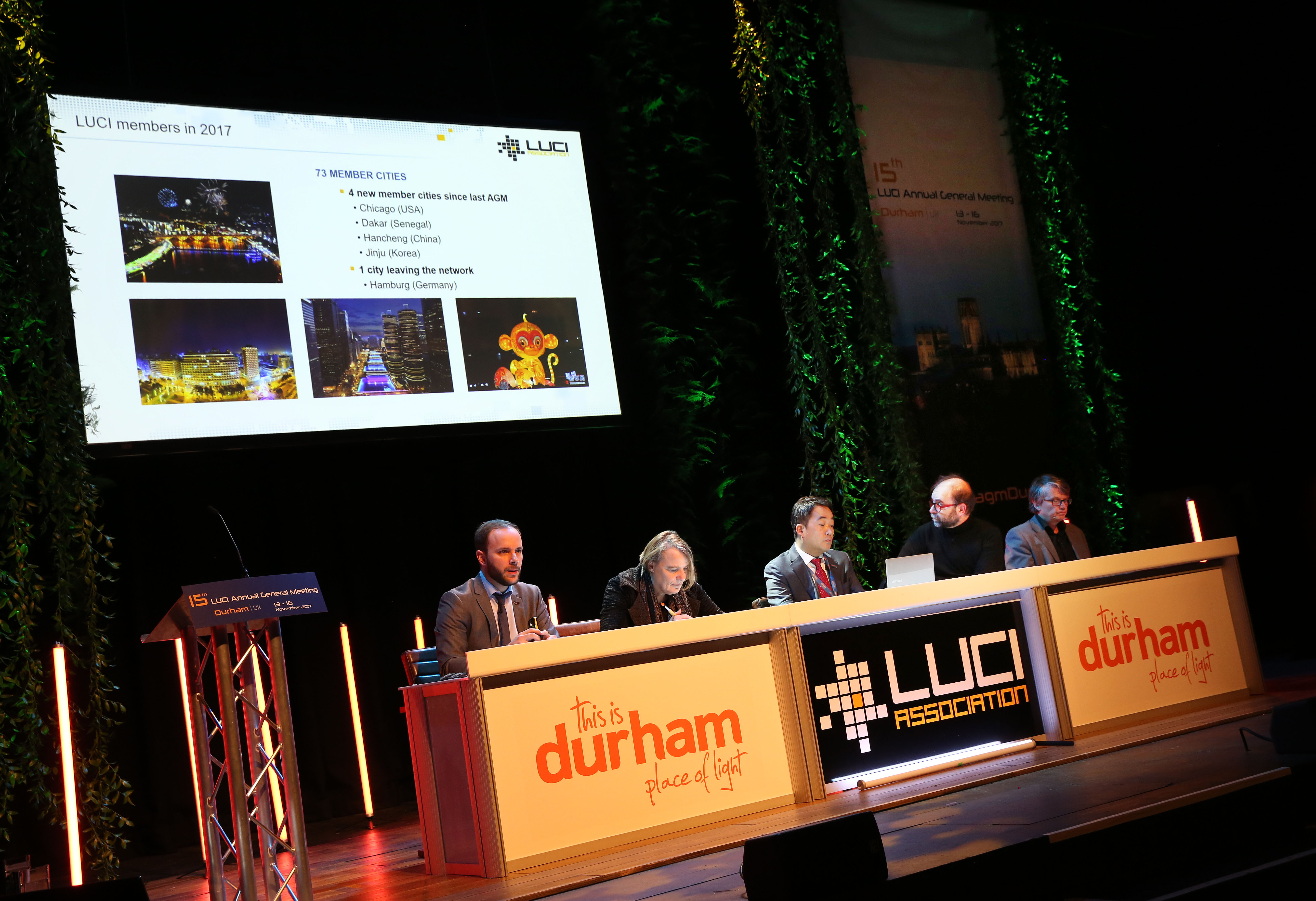 The General Assembly was also an opportunity to learn more about the LUCI Pillars and the LUCI Strategic Plan (2017-2027). LUCI pillars reflect the main domains of action that correspond to challenges faced by cities and the potential solutions that light can bring. Health & Well being, Public Spaces, Social Cohesion, Art & Culture and Governance will now be the bases for new collaborations within the network. 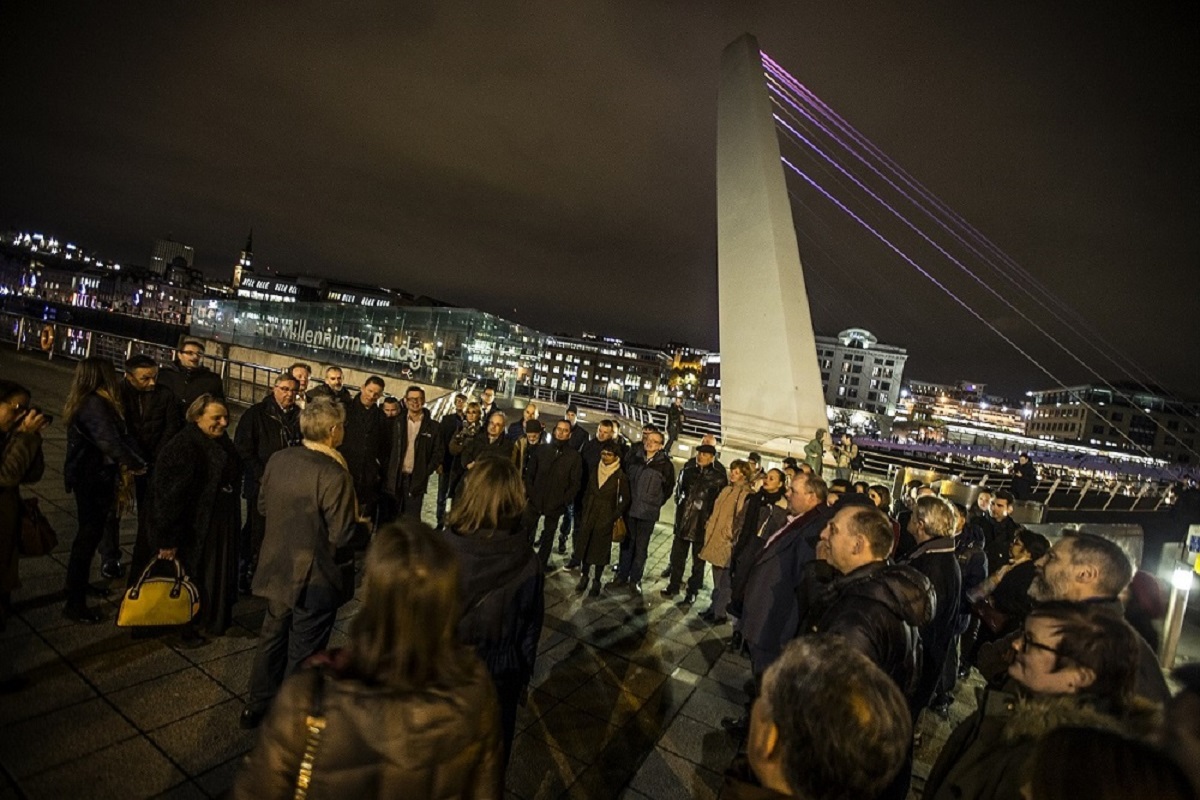 As for the next events: in early December, the 2017 Light Festival Forum will take place in Lyon, from 6 to 8 December. Via a video message, the Mayor of Toulouse (France) welcomed all LUCI members to his city, where the next City under Microscope will take place in May 2018. And 15 years after hosting LUCI’s first AGM, Rabat (Morocco) will welcome the network again, in November 2018.

Learn more (and save the dates!) here