Cities during Covid19: thanking and honouring through light

As the world continues to grapple with the Covid19 situation, many cities are using light in various innovative ways: to thank and honour health workers and others on the frontlines during the crisis; to commemorate lives lost to the disease; or to bring joy and lightness to otherwise dark times.

How is your city using light during the Covid19 situation? Send projects to luci@luciassociation.org to be included in this article.

Here is a look as what some LUCI member cities have been doing:

The #lightitblue campaign was launched in the United Kingdom following the NHS Clap for our Carers campaign, where buildings across the UK were lit in blue to show gratitude to health workers and other frontline workers during the crisis.

The City of London in collaboration with Illuminated River and Network Rail are celebrating and thanking key workers by lighting three bridges (London, Connon Street and Southwark) in blue as part of the #lightitblue campaign. 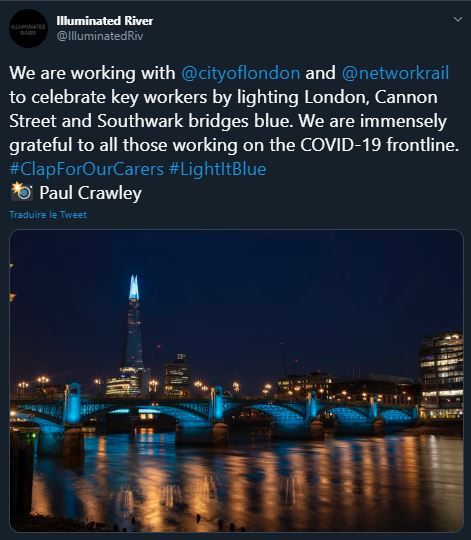 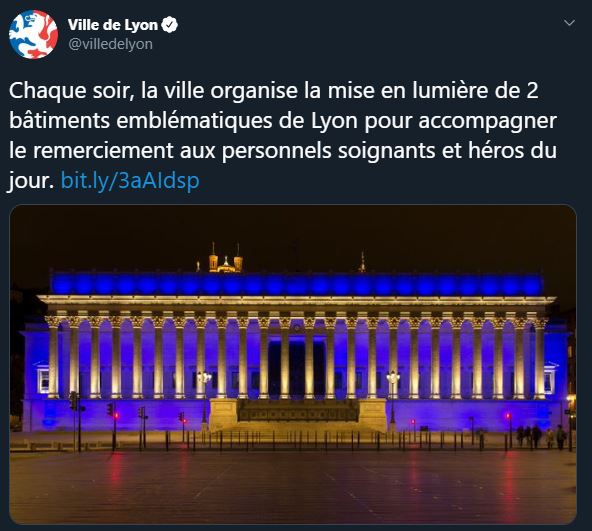 During the Covid19 crisis, the City of Lyon has developed a dynamic lighting sequence in blue to accompany the spontaneous thanks to all the medical workers and “heroes of the day” (garbage collectors, cashiers, delivery people, truckers …).

Every evening, and until the end of the confinement period, the city organizes the lighting of two emblematic buildings of Lyon: the former Palais de Justice and the “Crayon” building.

“Franchise Freedom”, a drone light show performance art installation involved a swarm of 300 drones that lit up the Rotterdam sky to commemorate Liberation Day but also as a tribute to health workers and others during the Covid crisis. 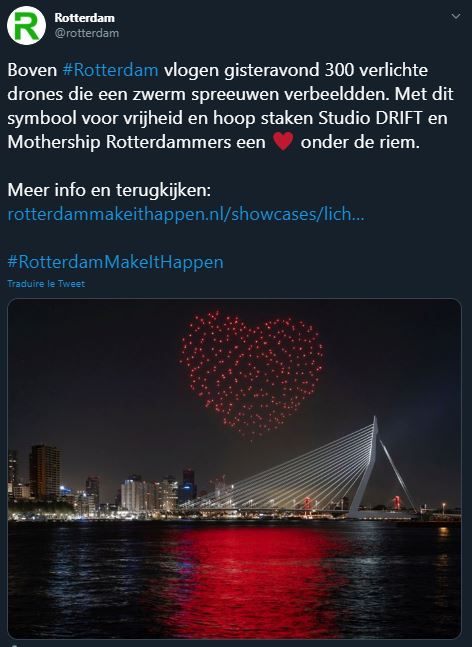 Seoul Metropolitan Government, current President of LUCI, is lighting the city in blue as a show of citizens’ gratitude and respect for the tireless commitment of health professionals and frontline workers in the battle against COVID-19. Starting on Thursday evening on April 16, public and private facility structures are lit up blue, a colour symbolizing health professionals, and display a message of gratitude and support. 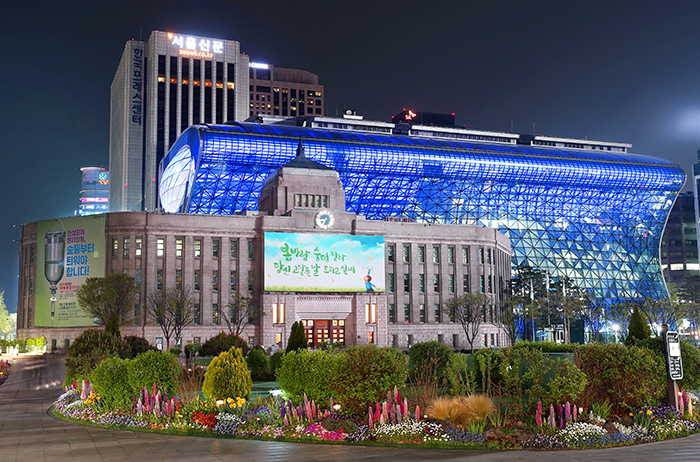