Gladsaxe Municipality in the Greater Copenhagen region of Denmark initiated intelligent lighting in one of the tunnels on Farumruten, a suburban bicycle route. The new lighting, which had to be both functional and scenic, aims to provide a better and safer experience for Danish cyclists. 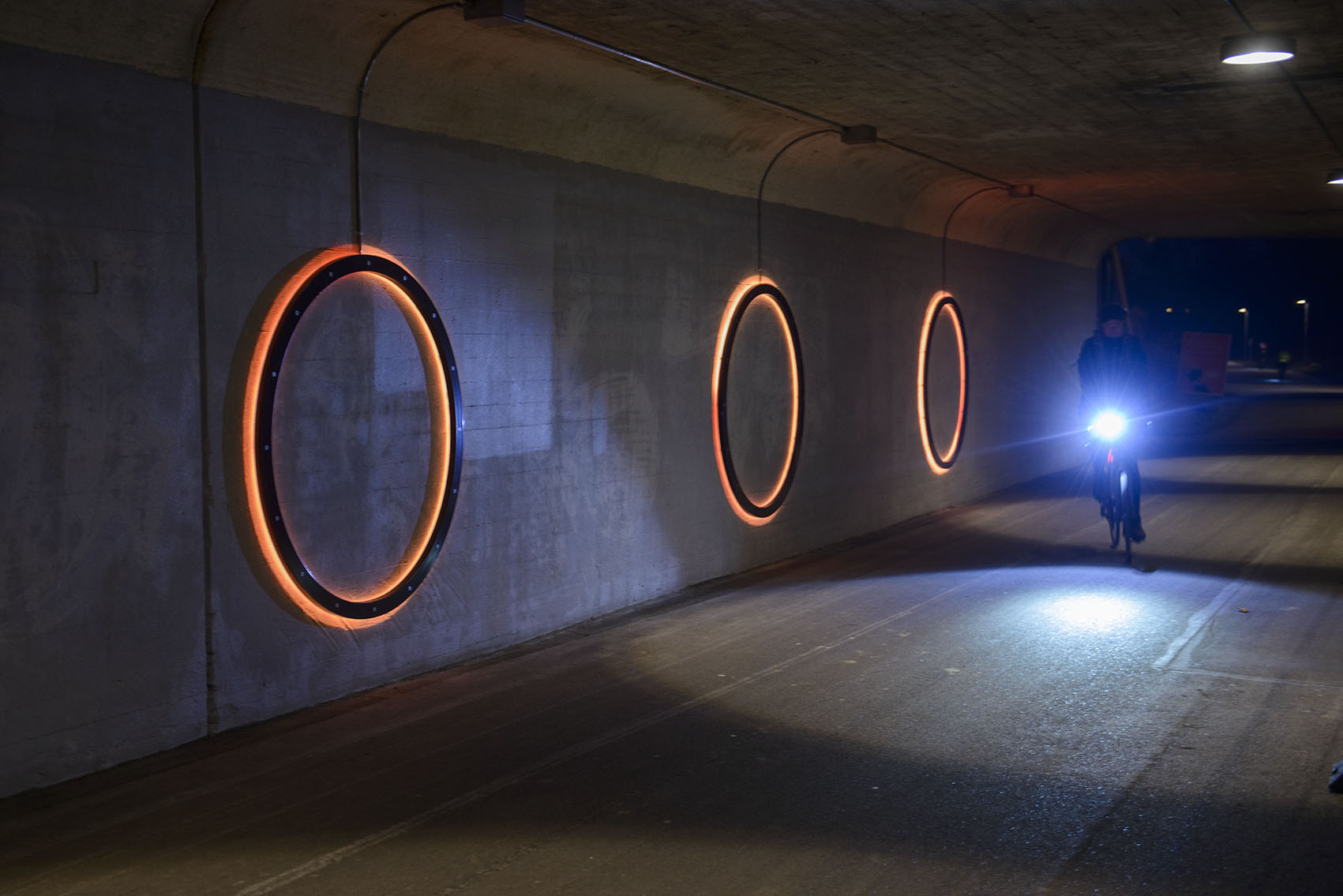 Denmark is one of the most bicycle-friendly country in the world.

In Copenhagen, cycling makes up more than 30% of the modal share.

Lighting is paramount for the security and safety of cyclists, especially in the winter.

The lighting of the tunnel adapts to the time of day and year, ensuring that optimal lighting is always available in the tunnel. 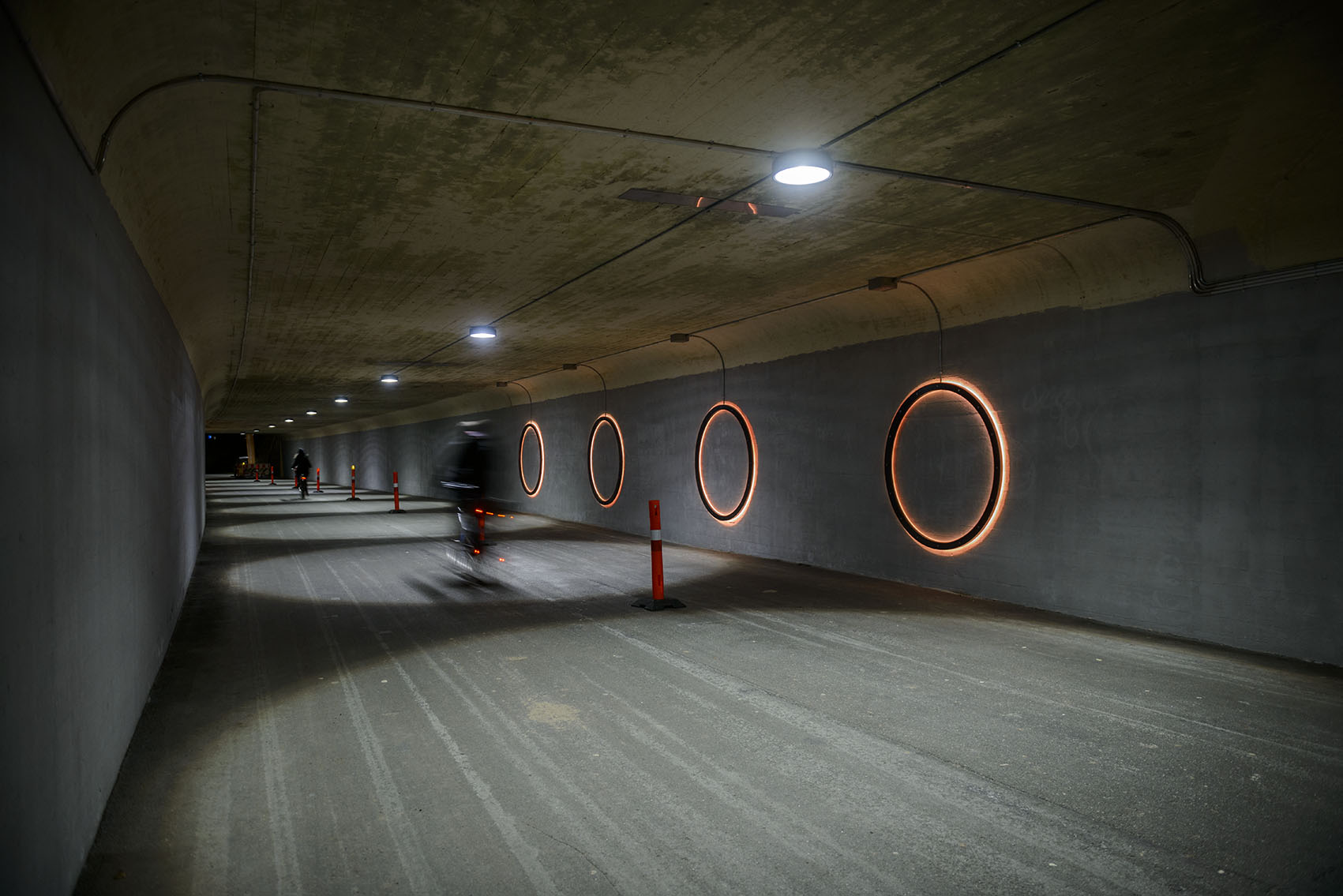 It adapts to the light outside, thereby reducing the danger of cyclists being dazzled when entering the tunnel from bright daylight and vice versa.

This is the first of a number of tunnels in the area for which the illumination is being redesigned.

This initiative has been developed by Cycle Superhighways (a collaboration between 23 municipalities), particularly Gladsaxe, Furesø and Copenhagen. ÅF Lighting and Aalborg University designed and implemented the lighting scheme.

The Farumruten tunnels at a glance:

More information on another city in the Greater Copenhagen region, Albertslund.