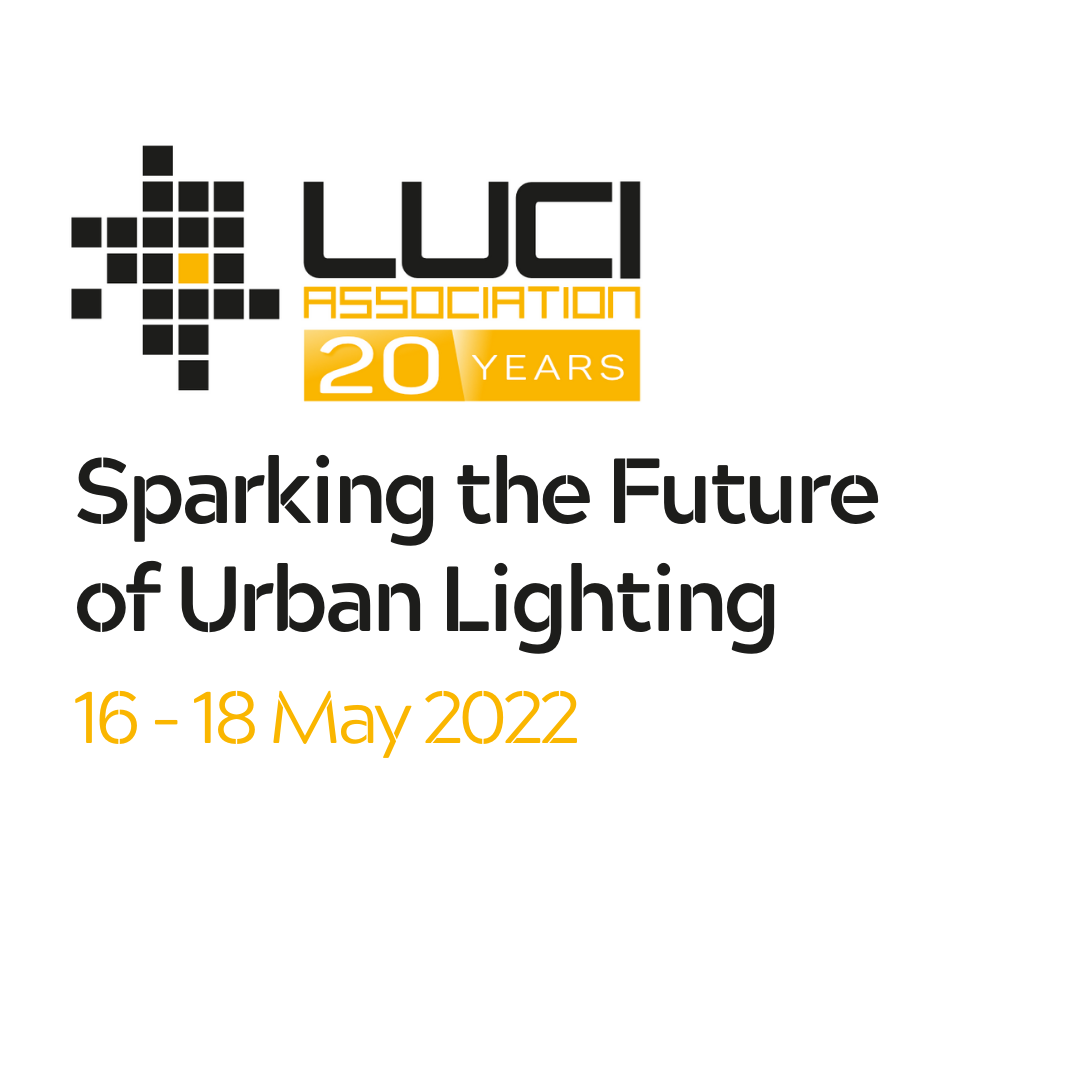 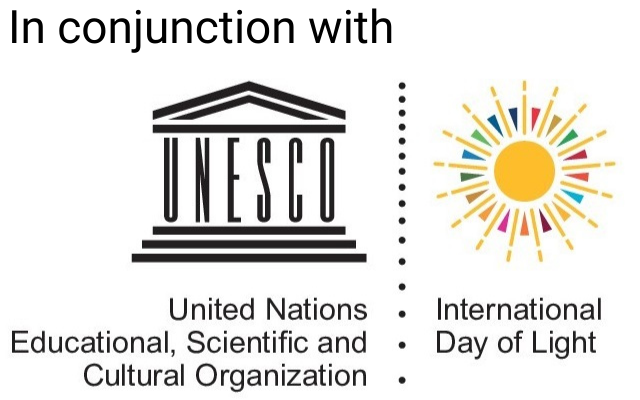 Florence is an Arup Fellow and Global Lighting Design Director of Arup with over 15 international and national awards to her name for her numerous projects. Her expertise in holistic 24hr humanity-centered lighting approach play a key role in many of her projects, from museums to airports, bridges to city precincts all over the world. Florence is currently appointed Visiting Professor of Lighting Design and Engineering at The Bartlett UCL Institute of Environmental Design and Engineering.

As Director and Co-founder of one of the world’s leading lighting design practices, Mark’s award-winning projects enhance the experience of the visual environment through light and dark. The unique relationship between light and architecture is amongst his professional foci, leading to the co-creation of the education project ‘Made of Light – the Art of Light and Architecture’. Mark is also a corporate member of the Royal Institute of British Architects, a Fellow of the International Association of Lighting Designers and a Fellow of the Royal Incorporation of Architects in Scotland.

Leni Schwendinger is a published, award-winning authority on the many issues of city lighting with more than 20 years of experience creating worldwide illuminated environments.  This work is shared through Leni’s public speaking and envisioning engagements, including “NightSeeing™, Navigate Your Luminous City” program in Australia, cities in the Global South, North and U.S. In practice, her projects focus on infrastructure and public art at sites such as subways, bridges, and underpasses, among others.  She directs International Nighttime Design Initiative, to establish an after-dark, design-focused profession. In addition, Leni is a Visiting Research Fellow at the London School of Economics, a Design Trust for Public Space Fellow (NYC) and served as a Distinguished Visiting Professor at the Portland State University Department of Architecture.

Sylvain Godinot oversees the ecological transition policy for the City of Lyon, particularly on climate and energy (local climate, air, and energy action plans). He is also in charge of the heritage portfolio (land and buildings), which includes cultural heritage and public lighting.

Meri Lumela, LUCI President; Deputy Chair of the City Board of Jyväskylä (FI)

Meri is the Deputy Chair of the Jyväskylä City Board, the chairman of the Central Finland’s Green Party and a board member in the Association of Finnish Local and Regional Authorities. She is employed as the principal at Halssila’s primary school in Jyväskylä.

Raimond Tamm works as a Deputy Mayor for the City of Tartu and is responsible for communal services, city transport, entrepreneurship and innovation. His fields of expertise are entrepreneurship, smart city, spatial planning, energy policy, economic policy and environmental policy. Raimond is also the coordinator of the SmartEnCity lighthouse project which is about development and implementation of integrated smart city solutions.

Elisa Hillgen is a Lighting Designer and City of Light Coordinator for the City of Jyväskylä, Finland. She has previously worked in the field of building and interior design and has over 13 years of experience in different fields of lighting. Her job as a lighting coordinator is to handle dark time cityscape by organizing design projects and maintenance for urban lighting in Jyväskylä.

Urban lighting has been a crucial part of the professional work of Marjut since 1998. She had a unique opportunity to participate the design aiming at the festivities of year 2000 when Helsinki was the Cultural Capital and had its 450th anniversary. Helsinki built over 40 lighting installations, both temporary and permanent, with international designers and high-level ambition. Ever since Marjut has been gathering more knowledge and experience in the field of urban lighting in several roles: as city official, consultant, teacher, architect and now as the head of public lighting of her hometown. During the last 10 years she has been the Kruunuvuorenranta light art coordinator and seen its metamorphosis from harbor to residential area. Marjut’s objective is to develop harmonious and safe nighttime cityscape in Helsinki with clear views to the starry skies.

Olli MARKANNEN holds a Master of Science from the Helsinki University of Technology. He started as the manager of Outdoor Lighting at Helsinki Energy in 2002. The network and organisation recently moved to the Public Works Department, where he is currently the Office Manager. Previously he has also been in charge of the lighting design for neighbouring cities, and Helsinki Vuosaari Harbour project.

Lars has extensive experience working with lighting and illumination in the urban landscape, from the early stages as Master Plans to lighting tests and all the way down to “nuts and bolts level”. Always in a fine balance between function and aesthetics with a focus on the people who will use the space.

Graduated in 1983 with a Master in Economics in Budapest. Having spent several years in public administration, tourism, banking and private business, he joined as managing director at BDK Budapest Flood and Public Lighting Co. Ltd in 2011. BDK is a joint venture company of the Municipality of Budapest and the Electricity Company of Budapest owned by E.ON. It is responsible for the operation and reconstruction of the public lighting, decorative lighting and Christmas lighting of Budapest. Under Zoltan’s leadership, the company has significantly contributed to the increase of energy saving by reconstructing the lighting infrastructure of the city among others, through the implementation of a 10.000 LED exchange project during the last 3 years that goes on by 4000 LED implementation every year. With his contribution, the city approved a Lighting Masterplan in 2015, renewed in 2018. He is representing Budapest in LUCI since 2011.

Bart Peeters graduated from the University of Ghent as a Civil Engineer – Architect in 2003 and has worked as an Architect in Ghent for over ten years. Since 2013, he has been the Urban Lighting Advisor for the City of Ghent where he is in charge of the implementation of the City’s lighting master plan.

Stefania Pizzato is a Project Manager in the Public Realm team at the City of London Corporation. Her London based academic background in Tourism, City Planning an Urban Design, has supported her great passion in creating better places for all. Stefania’s experience in delivering public realm projects include a variety of areas such as inclusive design, active travel and cultural activation. Over the years she has built expertise in creating place making strategies, such as the development of the first City of London Lighting Strategy and the ‘Look and Feel’ Strategy for Culture Mile.

Electronic engineer, automation specialist of the Universidad Pontificia Bolivariana and Lighting Designer. He has more than 15 years of experience in public, exterior and decorative lighting. He is currently the leader of the Christmas lighting electronics laboratory associated to the EPM Lighting Department. Jeronimo has been part of the development of pilot projects in smart and innovative lighting systems. He has participated in different work teams at the Technical Regulation of Lighting and Public Lighting (RETILAP). He is Professor in Lighting Design under RETILAP for architectural and decorative lighting.

Olli Rantala has been working in the field of culture since 2006 ranging from Executive Director in Oulu Music Video Festival and Air Guitar Championships, Development Manager for Cultural Services, and Head of Planning. In his current position as the TechArt Project Manager, the aim is to build and pilot an ecosystem which combines both technology and art and culture. Technology alone can’t solve the needs of people for social interaction and interactivity. TechArt promotes the accessibility of culture and content to audiences through new technological means.

Co-initiator of the Eindhoven GLOW light festival in 2006. In 2008, he achieved a breakthrough in the usual public lighting approach by engaging Philips Design to set a strategic direction for an innovation in public lighting and to develop a set of “experience scenarios”: examples of how people in the future would experience the public lighting as they go about their daily lives. This resulted in the iF-winning (2010, category ‘Advanced Studies’) ‘Creating a Public Lighting Experience’ vision. Rik still works for the City of Eindhoven as a strategic thinker.

Group Manager in the Public Realm Team at the City of London. Trained in France and Italy, she is a chartered Architect with over 10 years’ experience of delivering public realm enhancements in a very dynamic and complex urban environment, with the emphasis of creating the highest possible quality of environment for people. Clarisse manages a team of professional Project Managers, and her expertise is in the realisation and delivery of public realm enhancement, public art and place-making strategies including the recently adopted City Lighting Strategy and the “Look and Feel” Strategy for Culture Mile.