The winners of the fourth edition of the architectural video-mapping contest of the “Chartres en Lumières” light festival in Chartres (France) were announced earlier this month.
The winning projections of this international competition, created for and displayed on the Chartres Theatre, were: 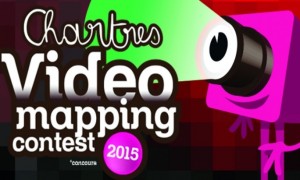 The winners will be projected from April to September 2016 in the next edition of the Chartres en Lumieres light festival. In addition, a people’s choice award was given to the “Théâtre – The mirror of Life” by Eurovideomapping (Germany)
About the contest
This international competition, which comes within the framework of the Chartres’ annual light festival, Chartres en Lumieres (11 April – 10 October 2015), aimed to discover new and upcoming video-mapping artists. Participants were invited to create their own video projection of about 2.5 minutes for the facade of the Chartres Theatre.
www.chartresenlumieres.com