Winner of competition to light up London’s bridges announced


The Illuminated River is a design commission on an unprecedented scale: a unified scheme conceived to light central London’s bridges along the River Thames.

The seven month search for a world class team to illuminate the Thames’ bridges in a free, permanent light installation saw submissions from 105 teams in 20 countries around the world.

The six shortlisted concepts went on show in a public exhibition at the Royal Festival Hall in November, seen by over 10,000 people. 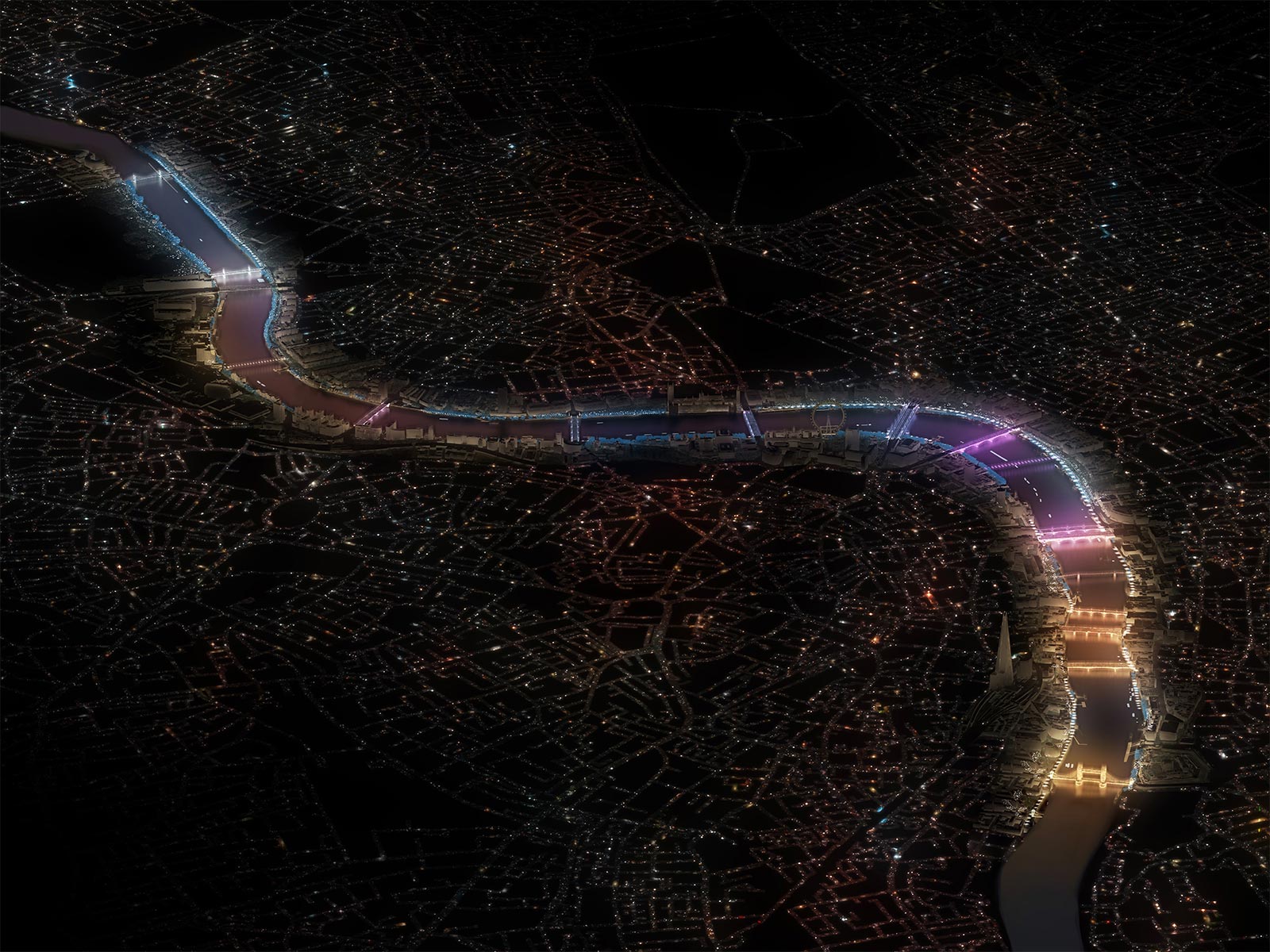 The winner was announced by the Mayor of London, Sadiq Khan on Wednesday 7 December evening.
He said, “We saw an incredible response to this fascinating competition, showing that London continues to inspire creatives from around the globe, and is open to all. There were some spectacular ideas, and I can’t wait to see the winning design light up the Thames. Huge congratulations to Leo Villareal and Lifschutz Davidson Sandilands on this fantastic achievement.”

Hannah Rothschild, Chair of the Illuminated River Foundation, said of the winning scheme, “Their scheme is beautiful, ambitious and realisable but always considerate to the environment, lighting levels and energy conservation. The jury is convinced that the winning team will transform the centre of London while remaining true to the spirit and integrity of the Thames and its communities.”

The winning concept entitled “Current” proposes to integrate light and colour on the 17 bridges, from Tower Bridge to Albert Bridge, creating a sensitive, interactive and site-specific interplay with the river.

A strategic scheme along both banks will control commercial lighting and introduce the setting for future cultural projects. Additional proposals include a ground-breaking partnership between the MBNA Thames Clippers and artists Random International, immersive installations by Japanese technologists teamLab and other opportunities that foster community and diversity.

The winning team will now start to develop the design concepts in collaboration with stakeholders and partners along the river, and in consultation with the public. This work will take place in 2017.