“We want to optimize our public lighting” – Mayor of Bourges

The City of Bourges joined LUCI in April 2019.

A city of over 70 000 inhabitants in central France, it is famous for its UNESCO World Heritage Gothic cathedral and the Nuits Lumière light show.

Pascal Blanc, Mayor of Bourges and President of Bourges Plus agglomeration, talks to LUCI about the city’s lighting plans.

Why did the city of Bourges join the LUCI network?

We wanted to share the experiences of other municipalities, and especially optimize the modernization of our public lighting.
In Bourges, public lighting is a major issue as the municipality has 13 500 lighting points and 324 street lighting cabinets, for a budget of over € 1 million per year. With the increase in the cost of energy, the municipality must invest. It’s not just a choice, it’s also an obligation to control the budget.

What is the main focus of your public lighting strategy?

Our aim is to provide the right lighting, without over-lighting, without trying to illuminate 100% of the public space (we must leave dark areas for nocturnal animals, especially bats), and by reducing light pollution especially intrusive light as well as sky glow.

Our aim is to provide the right lighting without overlighting.

Since 2014, the City has launched a campaign to lower public lighting consumption and costs, while at the same time maintaining an adequate level of lighting for locals, or Berruyers, as we like to call ourselves.

The annual programme varies, and several courses of action are implemented, such as for example:

–    The rationalization of luminaires in excess;
–    New procurement procedures;
–    The modernization of HPS lamps to LED;
–    Adjusting the power of the public lighting to the real need;
–    Changing our energy supplier.

In the long-term, we would like to continue the modernization program, particularly seeking to continue to innovate on a technical level.

The City of Bourges has been organizing the “Nuits Lumieres” for several years now. Tell us more about this initiative…

The Nuits Lumière is a free annual event that began on 31 December 1999 to mark the transition to the year 2000.

A blue atmosphere, unique in France, creating an exceptional setting.

It features light projections on historical sites in the city centre connected by a route illuminated with blue lanterns. The blue lights accompany visitors from one scenography to another and project a blue atmosphere, unique in France, creating an exceptional setting.

This year, the municipality will be renewing the entire route. On the one hand, we will install LEDs to modernize the blue lights on the route. On the other hand, we will completely modernize and renew the scenographies on the five sites in the heart of the selected zone based on themes that characterize the beauty and diversity of the city’s natural heritage, history, art and artistic creativity, the famous merchant born in Bourges, Jacques Coeur, as well as contemporary life in Bourges.

Tell us about some of the recent projects in Bourges.

The most recent project concerns the modernization of 99 decorative lanterns that line the Nuits Lumière route. Two LED modules, one blue and one white, have been installed in place of the two existing HPS elements. 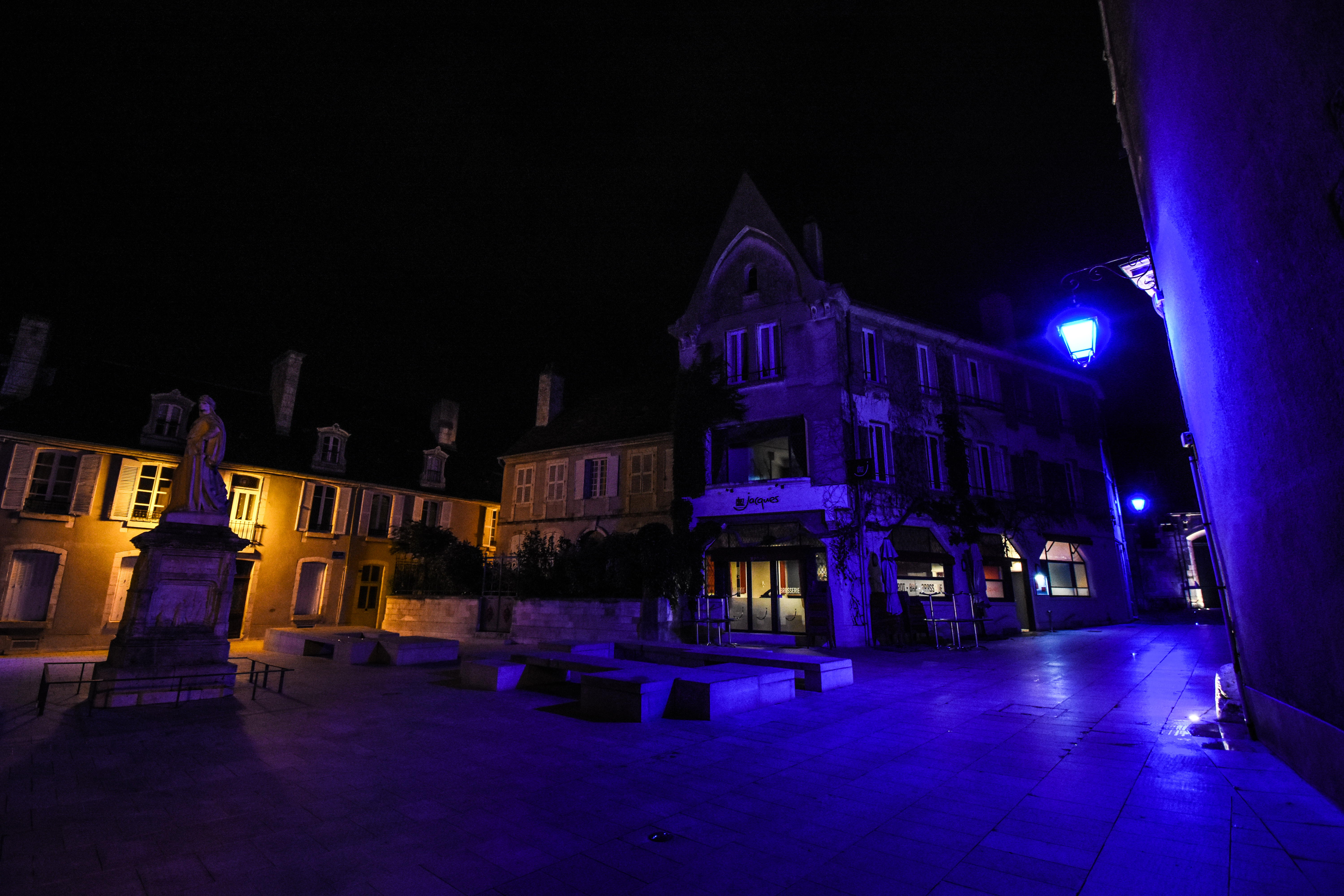 This change to LED offers several advantages: the blue is more intense, the aesthetic aspect of the lanterns is reinforced, maintenance is simplified (formerly two systems coexisted with two ignitions, two operations and two different types of maintenance) enabling new ease and rapidity. The system is more reliable and of course, and very importantly, savings of more than 50% are expected on the electricity bill for sector concerned.