The city of Rietberg wins first prize in the city.people.light awards 2013

Rietberg in Germany has been awarded the first prize in the 2013 city.people.light awards, the annual international competition organized by Philips and LUCI to reward projects which demonstrate the contribution lighting can make to the well-being of those who live in a city or town.

The winners of the awards were announced at the city.people.light award ceremony in Guangzhou, China on the 15th of November 2013 during the LUCI Annual General Meeting.

The cities of Seoul (South-Korea) and Geneva (Switzerland) won second and third place respectively, with special mentions for Zhengzhou (China) and Wuppertal (Germany). 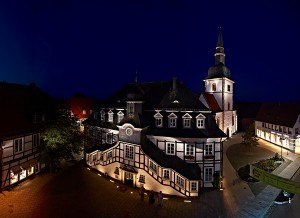 1st prize: city center Rietberg, Germany
Rietberg’s historical city center lighting plan is an example of total masterplanning of a mid-sized city, with all levels of citizens highly involved in the creative process, leading to a significant improvement in civic life. Special care has been taken to incorporate lighting solutions for disabled people and for children.

The lighting installed accentuates the materials used in the typical style of Rietberg’s architecture. The area of the LED lighting concept embraces the entire historic town center, bordered by the Ems River and the course of the diversion channel. The lighting design was created by Jochen Meyer-Brandis, lighting designer and urban planner from SMB Aachen.

“The winning project from Rietberg and all the entries for this year’s awards reinforce the role that light can play in creating vibrant, attractive cities that encourage the participation of its citizens and visitors. The result changes the character of the city and turns it into a safer, more comfortable, and inviting city center,” said president of the city.people.light award jury, Rafael Gallego, commenting on the winning entry.

Seoul has created an open public space for citizens, in an area where space is usually very limited. The renovation project aims to change the city image, which developed as the land in the riverside area was uniformly used for housing development.

The park expresses harmony, a down to earth design and a coherent link with the city, people and the river, thus improving the image of Seoul. It successfully creates a cozy feeling in a huge city with a comfortable use of lighting in different levels. The control of the huge scale of the city impressed the jury and promotes a vision for urban planning in Asia. The lighting design was done by Lee Yeon So, ULP Co. 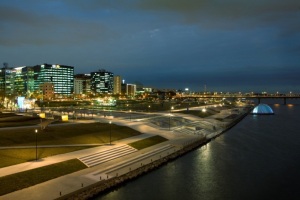 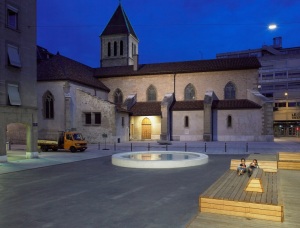 3rd prize: Saint Gervais district in Geneva, Switzerland
The objective of the design was to transform a high traffic area into a smart, well-developed pedestrian area for citizens and visitors. Three squares, Simon-Goulart, Saint-Gervais and Bel-Air, have been coherently connected, and lighting is also used as guidance to direct people to the different areas. An extra plus is the effective use of light and shadow in the plan, and the interaction between light, wind and people. The lighting design was designed by LEA, Les Eclairagistes Associés, in Lyon.

Special Mention 1: Millennium Royal Plaza in Zhengzhou, China
As a landmark of Henan Province and the calling card of Zhengzhou City, the new-classic style tower, the Millennium Royal Plaza, fits in well with its surroundings, whilst still exhibiting a commanding presence. The peaceful Zen-concept-lighting and “inhale & exhale” lighting pattern remind people that they live in a city which has over 3,500 years of history.

People call this tower the ‘Soul of the City’, because at night, this laminated tower looks like a Pharos, a perfect linkage of city, people, light and history. The jury awarded a Special Mention to the project for the refreshing lighting concept that might influence the traditional choices of Asian lighting design, which normally uses very bright, sparkling and colorful lighting schemes. The tower gives the city identity and creates a sense of belonging. Silent and calm lighting designs tie in with the breathing effect. 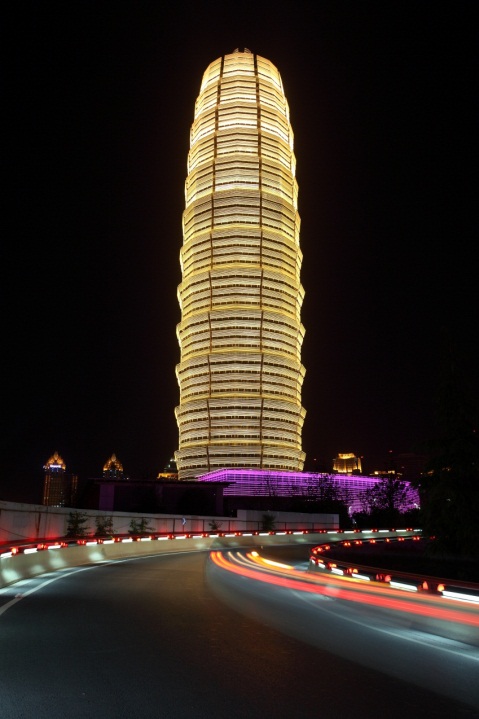 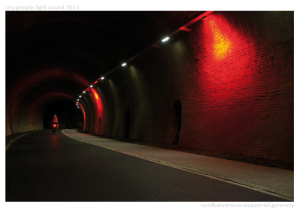 Special Mention 2: Nordbahnstrasse, Wuppertal, Germany
The former railway line, known as the “Nordbahntrasse” which opened in 1879, has today been transformed into a cycling, skating and hiking path which runs 22 km through Wuppertal. The path passes through six tunnels, across four viaducts and has an endless number of bridges, giving citizens faster access to the inner city center, and improving leisure for citizens and tourists.

The Wuppertal project was acknowledged with a Special Mention for the regional character of the project, and the special protection of the nocturnal fauna.