Eindhoven (Netherlands), Malaga (Spain) and Lamego (Portugal) won the top 3 prizes of the Auroralia Award 2014, while the city of Stutterheim (South Africa) was commended with a Special Mention.

The winners were announced at the prize ceremony organised by Schréder and LUCI in Lyon on 6th December during the annual Fete des Lumières. Over 100 lighting professionals, from city authorities to architects and town planners gathered to discover the winning cities.

Now in its 6th year, the Auroralia Award – organised jointly by LUCI and Schréder – continues to receive a high number of entries from around the world which confirms the increasing commitment of local authorities to minimise the ecological footprint of urban lighting. 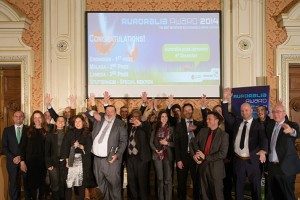 The panel of judges from the specialised press used their experience and unique insight to single out projects that not only significantly reduce energy consumption but have a positive social impact for the well-being of the local population.

1st Prize – Eindhoven (Netherlands)
Strijp-S, a former industrial site converted into a 66 acre complex combining residential, working, leisure and cultural facilities, is also an urban laboratory, dedicated to creating an inspirational living environment. The street lighting is not only functional – to improve safety and visibility – but also aesthetic and interactive to reflect the living nature of the public space.  The Auroralia jury were impressed by this inspiring initiative which embraces sustainability in all its forms. 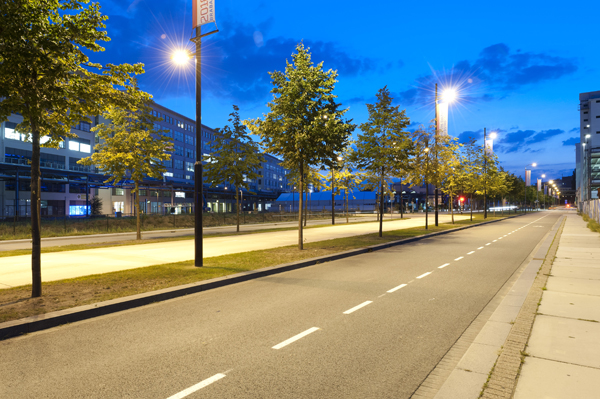 2nd Prize – Malaga (Spain)
The Back2Light Soho regeneration project was launched in 2010 after a group of neighbours, entrepreneurs and local businesses presented the city council with a document to reclaim and improve their community space.  The new lighting scheme includes the latest LED lighting solutions integrating motion detection and dimming systems to create safe, comfortable and fun environments. By awarding the second prize to Malaga, the jury wanted to highlight the positive impact of this project on the social, economic and environmental aspects of urban life.

3rd Prize – Lamego (Portugal)
In 2012, the municipality launched a sustainable lighting renovation project with the goal of enhancing the town’s heritage to revitalise tourism and creating engaging and secure public spaces for residents. This urban renewal project which has transformed the nocturnal life within the town was unanimously praised by the press. The Auroralia judges joined in this overwhelming support by awarding the third prize to this Portuguese town. Special Mention – Stutterheim (South Africa)
With LED luminaires mounted on poles made from wood sourced locally, this successful relighting initiative has lifted the sense of well-being for the local population, some of whom have to commute by foot often after nightfall. It has also reduced energy costs and CO2 emissions by 79%. By awarding a special mention to this town, the jury wanted to highlight their initiative as an excellent example to follow.