The winners of the Auroralia award 2010 were announced in Lyon on the evening of 8th December during the Lyon Light Festival 2010.

A jury composed of individuals from the international press specializing in urban planning, environment and lighting design awarded the City of Budapest the first prize for its sustainable illumination system for the Liberty Bridge on the Danube river.

Liberty Bridge on the Danube river

The judges particularly appreciated the project for:
– the energy saved via the new illumination: 67% or 262 MWh per annum or 103 tonnes of CO2 per year;
– the high quality project implementation;
– the respect of the integrity of the structure of the bridge as a work of art;
– the development of specific fixtures to allow discreet integration into the daytime landscape;
– the project’s use of the latest LED technologies. 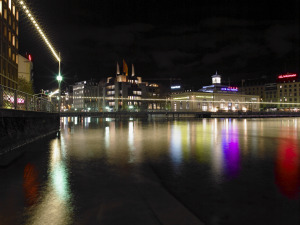 The City of Geneva won second prize for two projects within the framework of its lighting master plan “Light better, consume less” which aims to reduce power consumption while improving lighting quality for the benefit of all users: pedestrians, cyclists, motorists, etc.
Project highlights:
– the innovation involved – the city developed a specific LED equipped lamp for the “Geneva Cordon”.
– the massive scale replacement of 4500 luminaries that represent 20% of the 24,000 lights, resulting in a decrease of 30% of energy consumed for the entire system of public lighting in Geneva.

The third prize went to the City of Tilburg for its project illuminating the “Cityring” which implemented a comprehensive redevelopment plan for the belt around the city center of Tilburg.
The jury particularly appreciated the combination of the following in this project:
– the energy savings of 54%
– the combined use of LED lamps and discharge lamps
– the concept itself of lighting the “cityring”
– the innovative design of the specially designed luminaire.
– the high level of citizen satisfaction. 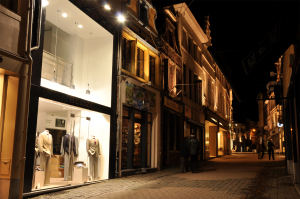 The City of Ghent received a Special Mention for its original and innovative project implementing lighting audits for retailers in the shopping streets of the city.

The city offered merchants the means to audit the lighting in their window displays to find ways of saving energy. 23 stores participated in the process, generating energy savings of more than 25%.