The Estonian capital, already well-known for its decorative winter lighting, has installed nine specially-designed light installations inspired by national symbols to commemorate the centenary. “The centenary celebrations called for something special, and we chose to use light’s unifying power,” says Tarmo Sulg, Head of the Tallinn Municipal Services Department which has been responsible for the city’s winter lighting for over 10 years. 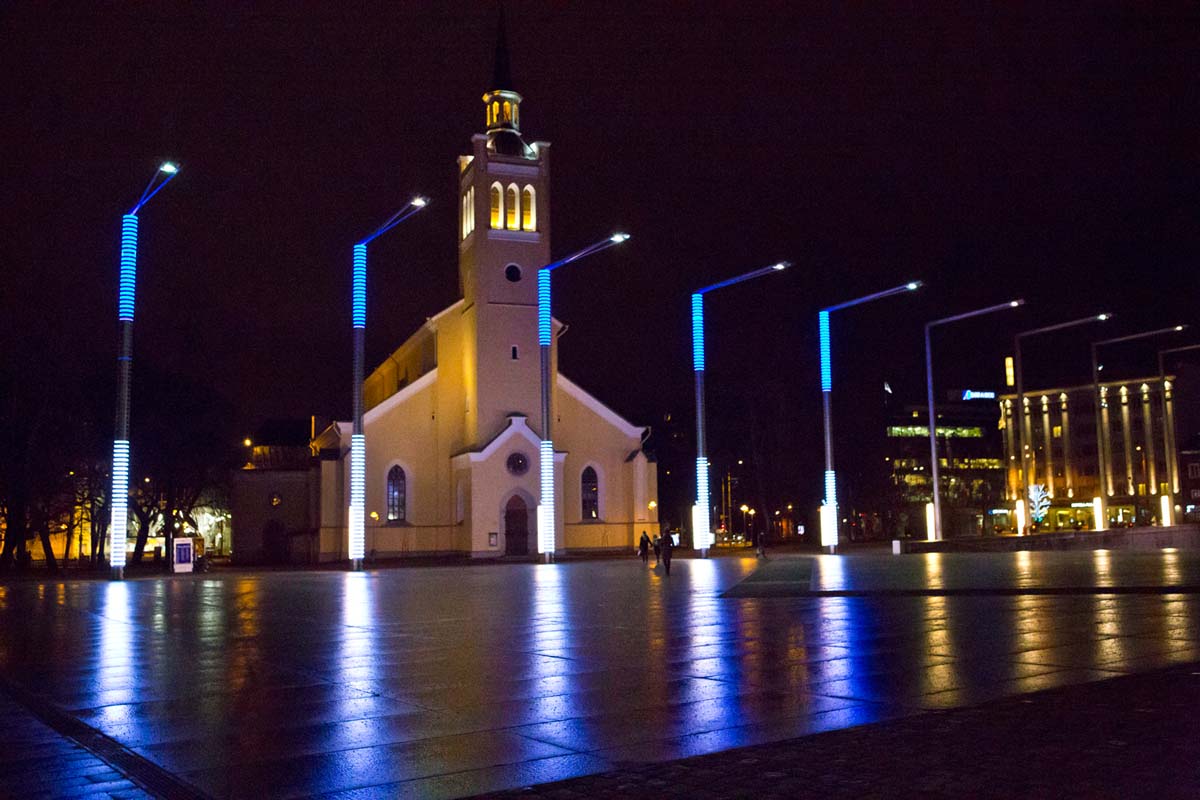 A 17.4-metre-high DMX lighting solution in the city’s main square, the Freedom Square, displays colour compositions inspired by the flags of the Tallinn City Government and the Republic of Estonia. Images, patterns and colours will vary to highlight important dates in the state calendar. The steps of the square have also been transformed into a special mobile light game called Solar Squads.

In addition, several 6-metre-high light oak trees with 4 200 lamps each, reflecting the sacred roles of the oak tree in Estonian culture, have been installed in the central squares of different city districts in cooperation with local neighbourhood organisations.

The nation’s centenary celebrations began in spring 2017 and will continue through to February 2020, marking a century since the signing of the Tartu Peace Treaty.