The City of Strasbourg, which has won numerous awards for the new lighting of its renowned Cathedral and surrounding areas of the city centre, is now planning lighting interventions for other zones – its “spaces of transition”.

The city has begun working on a new phase of its lighting master plan focusing on transitional spaces such as tunnels, underpasses and bridges which are junctions between neighbourhoods. “These are important transit points in the city used by hundreds of people every day, but are often neglected. With these lighting initiatives, we want to emphasise that the city is one unit, that the residents of outlying districts are also a part of the whole that is Strasbourg,” says Anne-Pernelle Richardot, Deputy Mayor of Strasbourg. 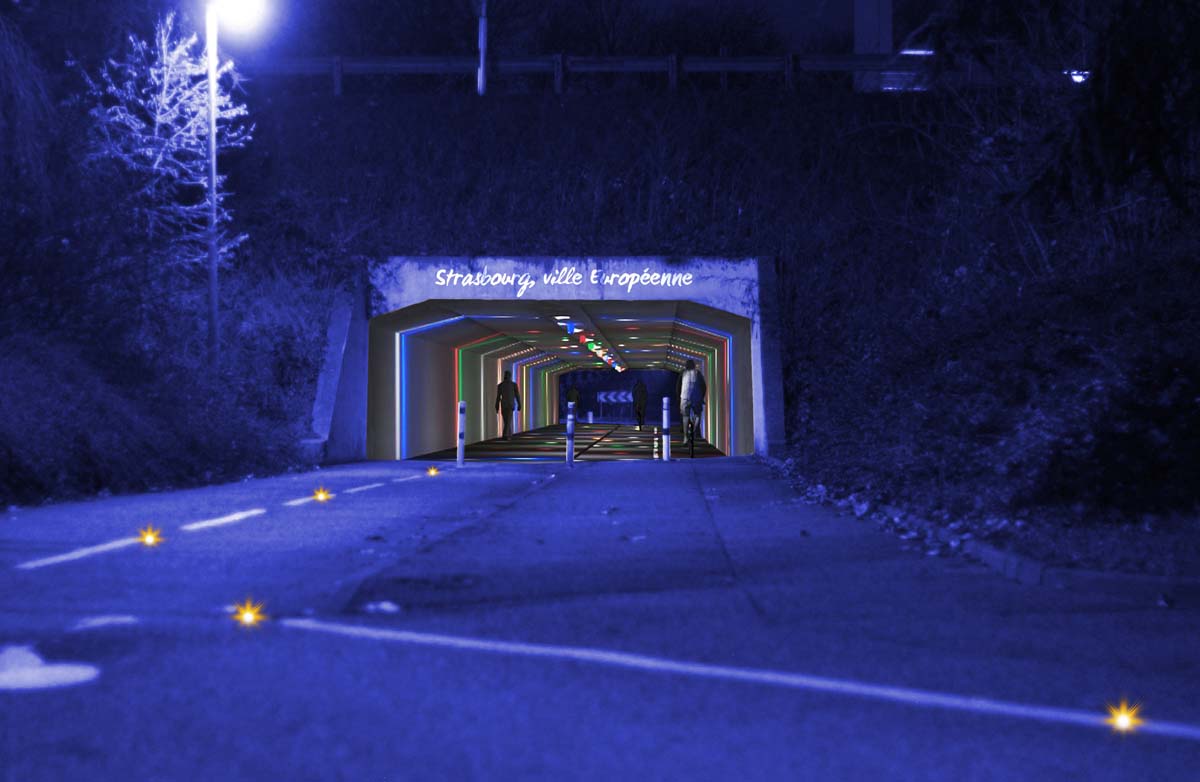 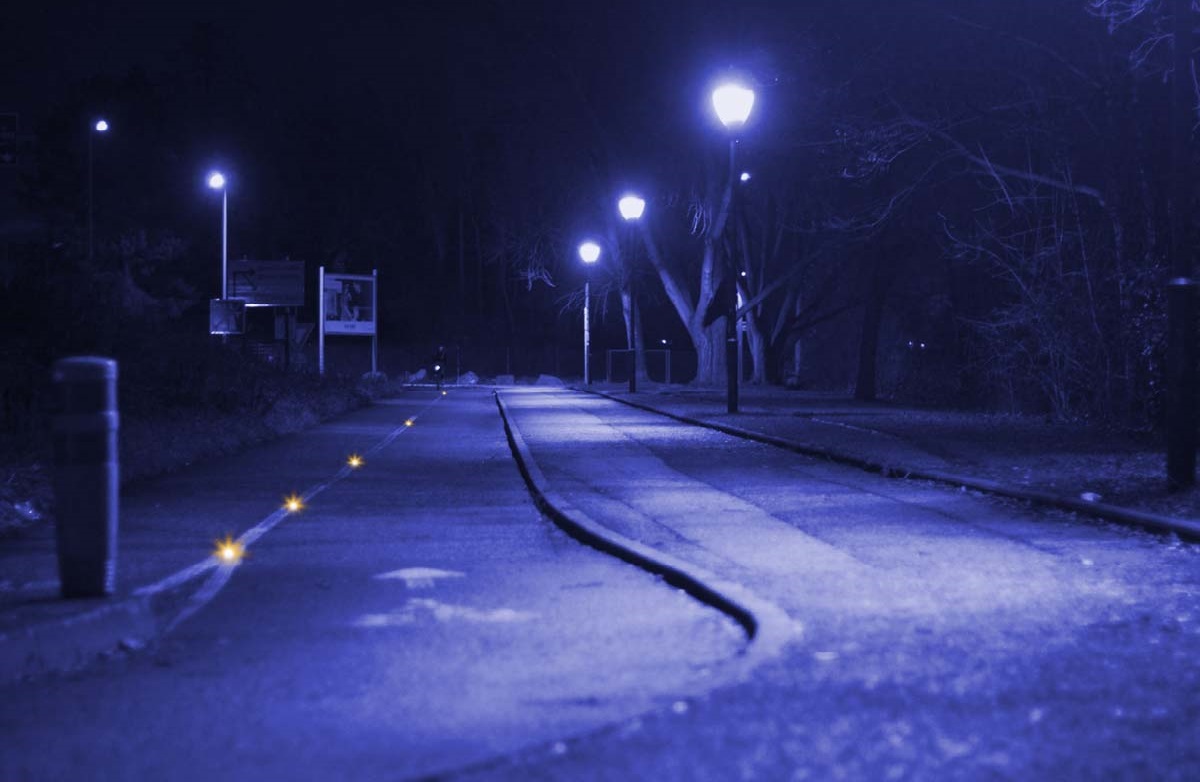 One of these transitional spaces connecting the city centre to the Cronenbourg district, the Jean-Robic tunnel – a sombre underpass which sees over 50 pedestrians and more than 400 bikes in an hour on a weeknight – will be getting a new lighting scheme. 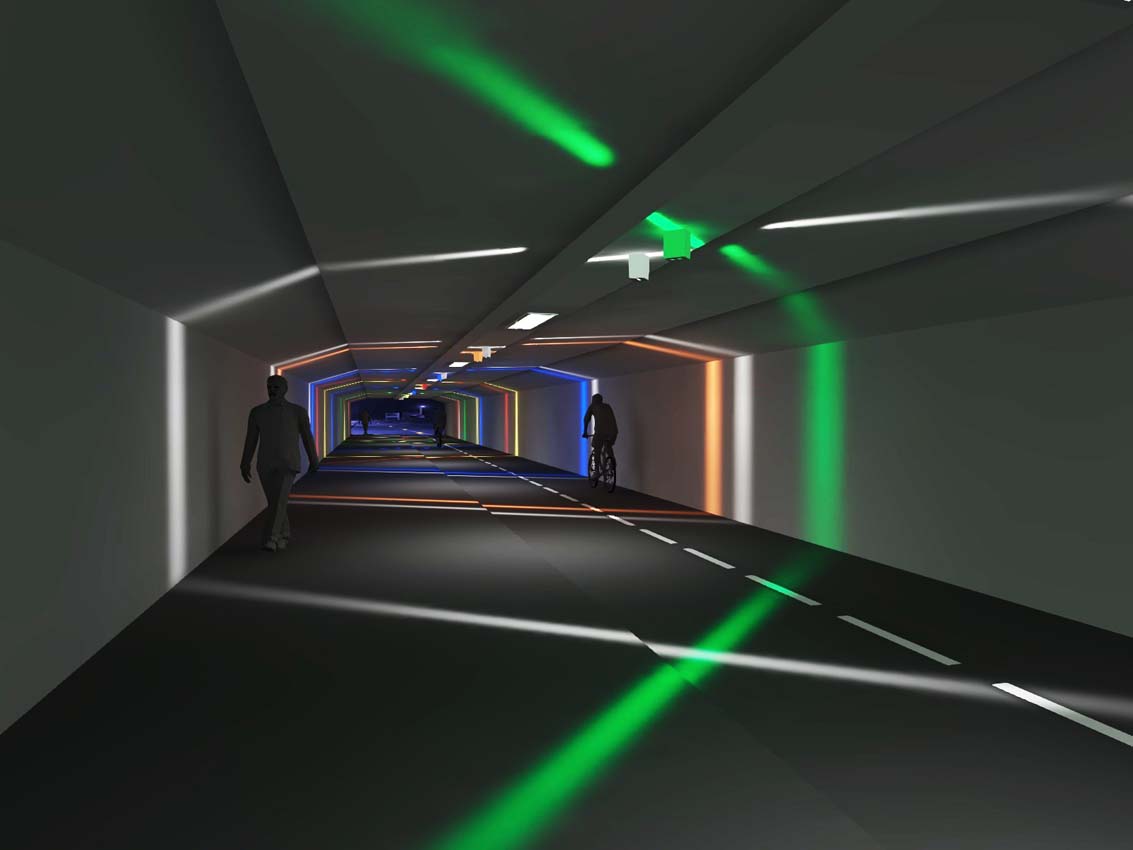 The new lighting design is the result of an open contest launched by the city calling for innovative, attractive and memorable lighting ideas for the tunnel. It was selected by a jury composed of local politicians, members of the neighbourhood council and lighting professionals. The winning project, created by the lighting designer Jean- Baptiste Guerlesquin, plays on Strasbourg’s central role in the European Union. From dusk to midnight, in a blue light atmosphere, amber autonomous embedded solar studs lead into the tunnel, evoking the stars of the European Union flag. In the tunnel, intersecting colourful blades of light recreate the flags of European countries. A minimalist “standby” mode, with motion detection, takes over until 5 am, and then white lines enliven the day mode. The lighting project will be implemented later this year.

“This project, and the work on spaces in transition in general, have seen a lot of participation and positive feedback from the people of Strasbourg so far,” says A.P. Richardot. Lighting renovations for five more transitional spaces in the city are planned within the next two years.

This initiative is part of the City of Strasbourg’s broader strategy to use light to support social cohesion. “Our lighting policy is jointly developed with inhabitants, and its ultimate goal is to enhance their lives in the city,” says A.P. Richardot.