Smart lighting – “The times they are a-changin”

“The times they are a-changin”. This everlasting line from Bob Dylan (1964) suggested change would be with us forever. In 1984, a young Steve Jobs quoted a verse of this song at Apple’s shareholder meeting where he unveiled the Macintosh computer, a fundamental change in the concept of the computer, promising to make it « personal ». No one could foresee the smartphone revolution that would follow.
Today, we face the smart lighting revolution, connecting public lighting to the Internet of Things. A next major change is upon us right now.

Today, we face the smart lighting revolution, connecting public lighting to the Internet of Things.

Every lamp connected to the internet eventually is part of the inscrutable web. Therefore, thinking towards smart city concepts for lighting requires serious effort that goes beyond dealing with the current needs for light in our cities. Investing in intelligent lighting systems equals choosing solutions that even have geopolitical consequences. 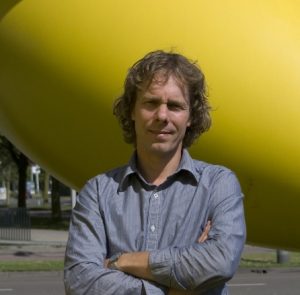 In the lighting field we still have only a few reference points for intelligent technologies and the platform economy arising from this, built on user-generated content, (meta)data, algorithms and artificial intelligence. When mobile phones became what basically is a personal handheld PC, this led to several billion-dollar companies adding numerous digital social services to our daily lives. As cities with limited experience with ICT in lighting, how do we evaluate the current « smart lighting » products and services in relation to the many new ways of making money that we can expect from this emerging platform economy?

Cities need a new common understanding of the technological development in lighting and the ability to grasp its next implications. After all, any smart lighting solution would also require establishing a smart grid.

This understanding is crucial in order to be able to formulate an adequate response that helps us design the future. Which urban developments do we need to explore? Which topics should we address? What kind of new technologies do we need to understand? Is this smart city buzz an unstoppable development? Is it a threat or does it also create opportunities? Will our future lighting systems foremost enable Silicon Valley companies? Will they degrade citizens into suppliers that mainly create data for them?

How do we ensure interoperability when cities like to make choices independently?

And when cities do arrive at a decision to invest in smart lighting grids, new challenges come into play. How do we ensure interoperability when cities like to make choices independently? What are the costs to facilitate the different solutions that result from this? How can we ensure that data can be exchanged across nations at each level and at the same time, remains secure?

For those who only used to worry about (re) placing lamp posts, there clearly is much to explore and agree on regarding governance, liability, ethical, moral and geopolitical aspects.

As a first step, since we aim to start from a solution that guarantees interoperability, I suggest we begin with this overarching issue – the one issue that is essential to address if cities are to maintain their position in the driver’s seat, as well as their autonomy and independence in the future.
“Come gather ‘round people – Wherever you roam”.

The complete version of this article originally appeared in