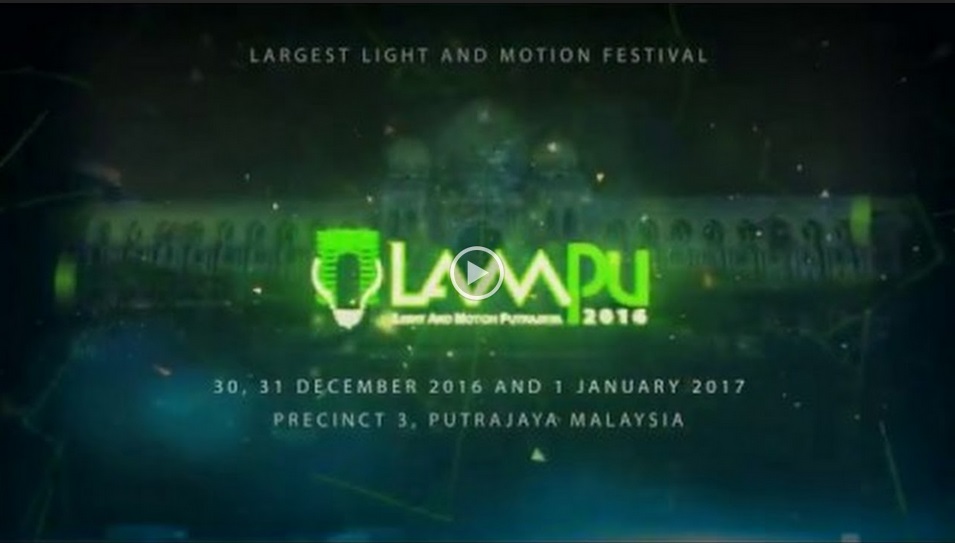 Putrajaya (Malaysia) has announced that the next edition of its light festival Light And Motion Putrajaya 2016 (LAMPU 2016) will be taking place from 30 December to 1 January 2017.

The 2016 edition of LAMPU (which means lamp in Malay) will feature spectacular displays of lights, audio & motion at their best. This year, the festival will continue to showcase its signature event, the grand Projection Mapping on the facade of the grand Palace of Justice.

Other highlights include the return of last year’s most popular attractions, the Garden Lighting and LAMPU 3R Structures. The LAMPU 3R Structures, which include participation from light art communities, corporate sectors and local participants, will showcase creativity through lighting design using recycled materials. 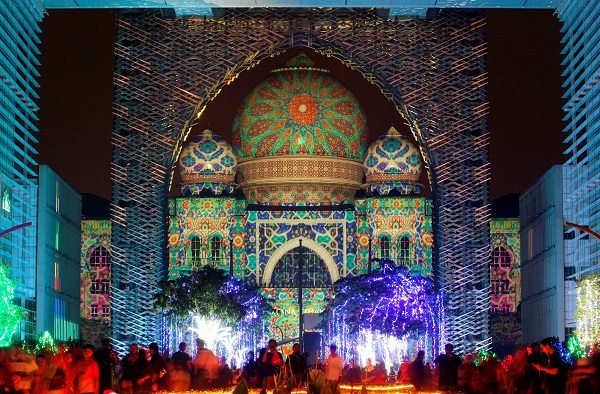 Other lighting installation include LAMPU Skywave, Glowing Street, Light & IT Exhibitions, Magical Street and side events such as a car and bike light show, buskers, LAMPU ice structures, Wayang Kulit, Fire-Eaters and other cutting-edge performances. The event will also include a seminar, entitled Forum LAMPU, open to all.

This is the fourth consecutive edition of the festival. Initiated in 2013 as the Putrajaya Lighting Festival 2013, and later renamed LAMPU, the festival has evolved to become a key annual event, garnering interest from the lighting industry, professionals, art lovers, photographers and tourists as well as the mass public.  LAMPU 2014 attracted more than 500,000 visitors and entered the Malaysia Book of Records for being the “Largest Light and Motion Festival”.

Putrajaya aims to be a lighting hub in the near future, exhibiting and sharing the latest lighting technologies. LAMPU strives to showcase high-tech lighting designs, interactive light related activities and energy efficient lighting materials through which countless innovations and energy savings will be realized in the years to come. 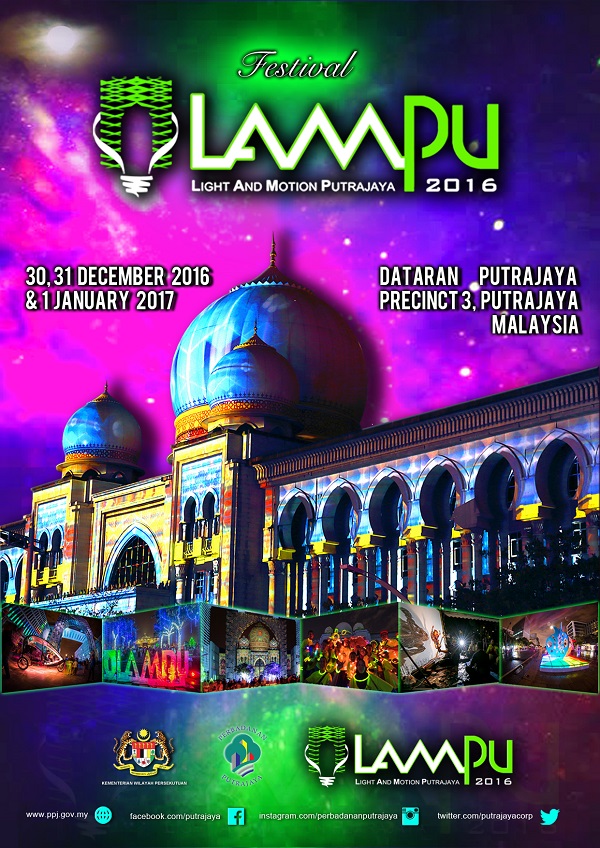 Get more details about LAMPU in the LUCI Light Festival Calendar

Putrajaya, Malaysia’s Federal Government Administrative Centre, is a model city that has been developed based on detailed planning, innovative urban design and architecture. Putrajaya is the first city in Malaysia that has introduced the Putrajaya Lighting Master Plan. Perbadanan Putrajaya, also known as Putrajaya Corporation, the local authority of Putrajaya became a member of LUCI in 2002.