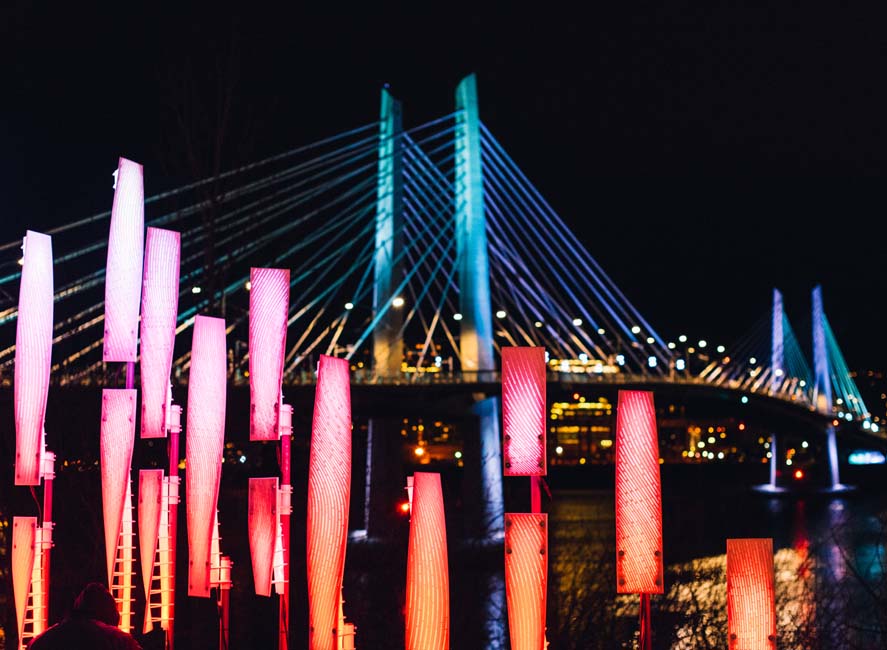 What were the main reasons for creating a light festival in Portland?

For most of us, hosting a free event in winter that would support a sense of community was high on the list. Portland winters are long and dark, and we tend to interact in public far less during that time of year. For others, a festival was an opportunity to showcase local artists and creatives. Economic development at a notoriously slow time of year was certainly a consideration. For me personally, I was in­terested in hosting temporary works of light art that could inform and inspire permanent additions to the public realm after dark.

Looking back at the first iterations of the fes­tival, what have been the main challenges?

Since the beginning, raising money from dona­tions and sponsorships has been our challenge. Portland is a medium-sized city that is largely free of major companies. This has meant hos­ting a festival with many modest-sized dona­tions rather than one or two major sponsors. We have relied on artists willing to participate with little compensation and up until recently, mostly unpaid (or underpaid) volunteer staff.

Our other major challenge is the weather. We remain committed to a mid-winter festival, but this has meant hosting visitors in high winds, heavy rain, and in one instance, even ice. 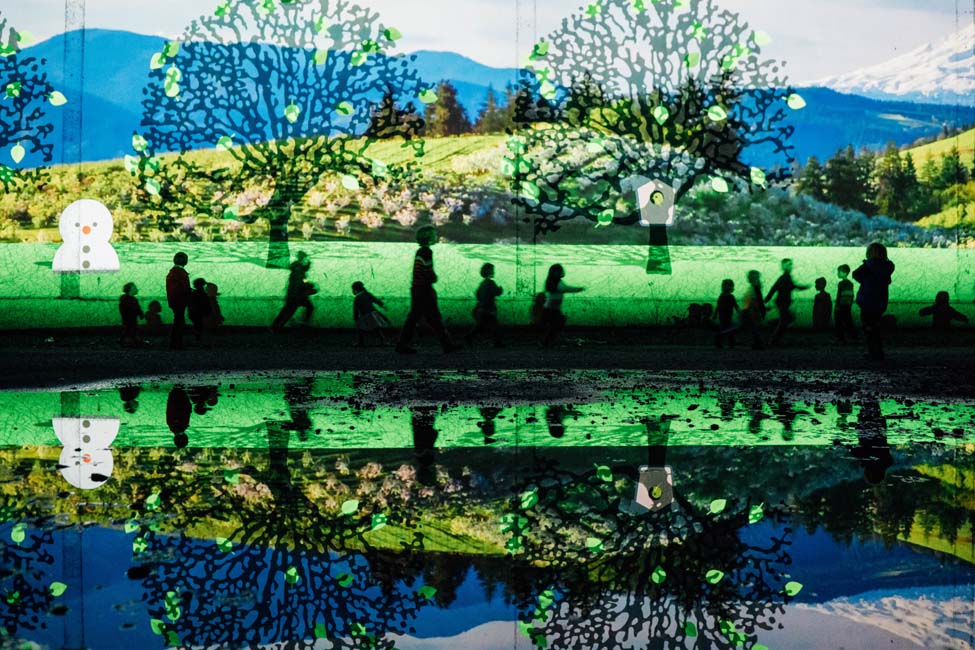 How has the festival evolved over the past few editions?

We have, by design, been expanding the geo­graphic area of the festival. This is to better accommodate the number of visitors and share the economic impacts with more neighbou­rhoods, but perhaps most importantly, it mo­ves us toward a vision of having the entire city participating in the event. We have successful­ly moved from an all-volunteer event to one where we have paid key staff. We are making progress on better levels of compensation for our participating artists. 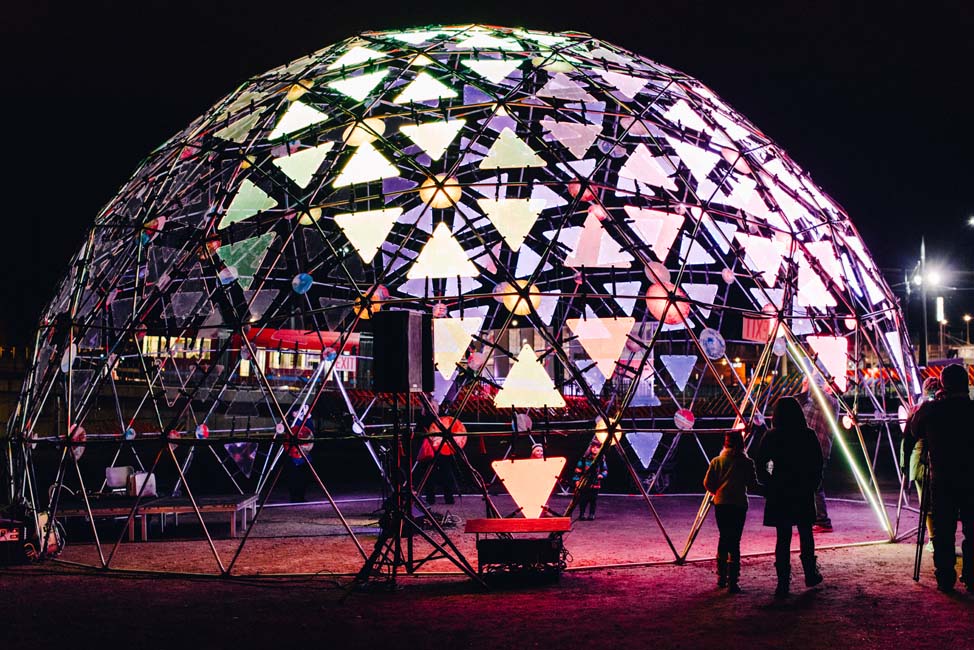