The Church of Saint Thomas, an Alsatian Gothic masterpiece in the heart of Strasbourg, was illuminated in September 2019 with an all new design concept aiming to enhance the monument’s fine contours with soft and sustainable lighting.

At nightfall, the church’s volumes and facades stand out in « elegant simplicity » with the aid of a two-level lighting design: a set of warm white lights – 2700 to 3000°K – create a soft lighting on most of the structure, while slightly cooler white lights – 3500 to 4000°K – offer additional hints which underline the architectural details of the church, including the roofs.

The lighting scheme is programmed to shut down at midnight every night and the use of LED lighting reduces light pollution and energy costs: since the project was implemented, considerable savings have been made as the 200 new LED luminaires have cut down the energy costs by 65% compared to the previous lighting system.

The city thus hopes to draw the attention of Strasbourg residents on the church’s entrances, balusters, ribs, buttresses, skylights and of its bell tower. 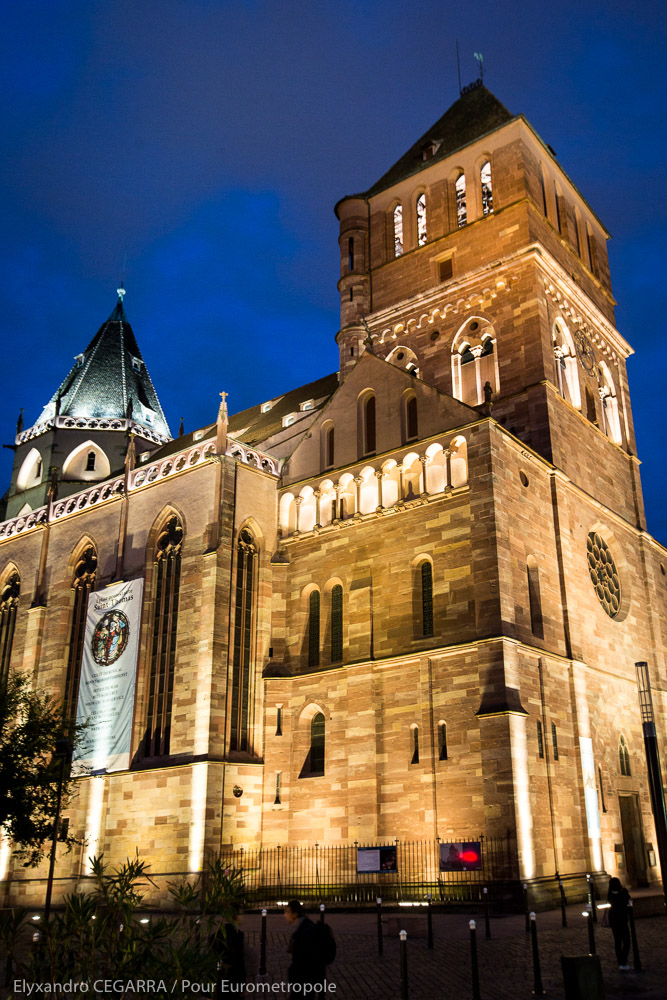 The new lighting was designed by a cross-disciplinary team in consultation with the Regional Bureau of the Ministry of Culture (DRAC) and the Saint-Thomas parish and Foundation. Engineers from ES Services Energétiques, the lighting design firm Le Point Lumineux and heritage-specialised architects from Atelier Oziol De Micheli collaborated in this project worth 300 000 euros, which was then implemented by SOGECA.

Commissioned by the City of Strasbourg, this renewal of the church’s lighting system is part of the city’s lighting masterplan which was launched in 2010: it follows indeed that of other iconic places such as the city’s bridges in 2012, the Place du Château in 2013 and the Strasbourg Cathedral in 2016. 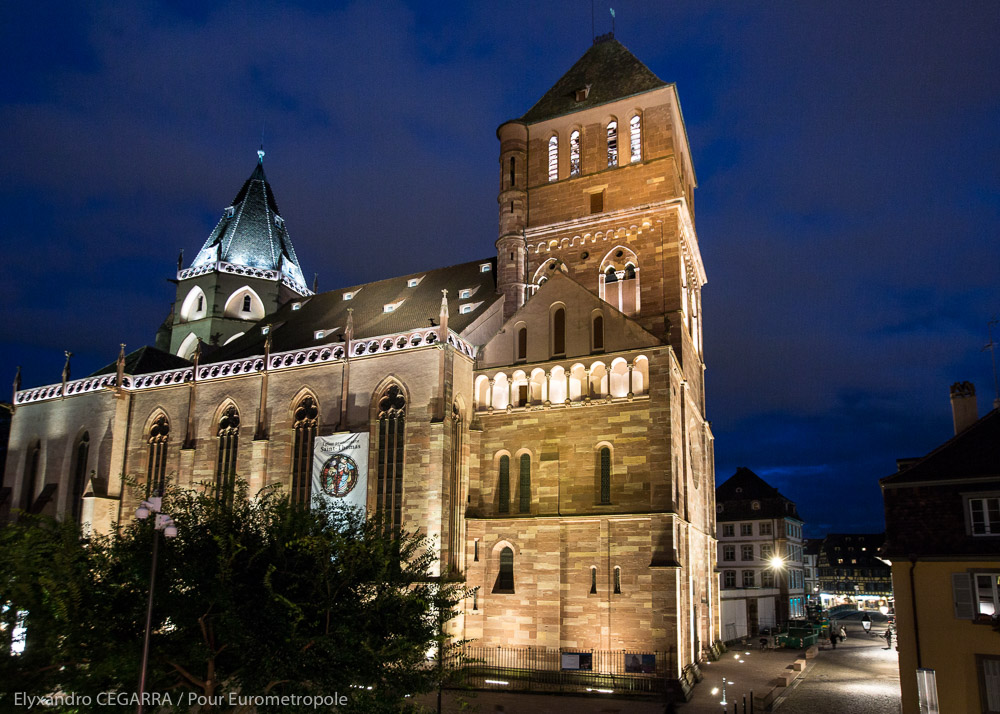