The City of Rotterdam just inaugurated the new illumination of the Koningshavenbrug, popularly known as the Hef (the Lift).

The Koningshavenbrug, a former railway bridge in the centre of Rotterdam built in 1927, was the first of its kind in Europe. The bridge, which was no longer in use since 1993 when a new railway tunnel was constructed, was slated for demolition; however, following protests by inhabitants, the city elected to keep it standing as an icon of the city. It is now a National Monument.

The renovation of the bridge over the course of the past 2 years also enabled the replacement of the  old malfunctioning bridge lighting consisting of metal halide lamps dating from 1993. The new lighting uses 326 Proliad StarLed X9 and Proliad SpotLight Pro fixtures with various optics in combination with B2Power drivers and controllers. 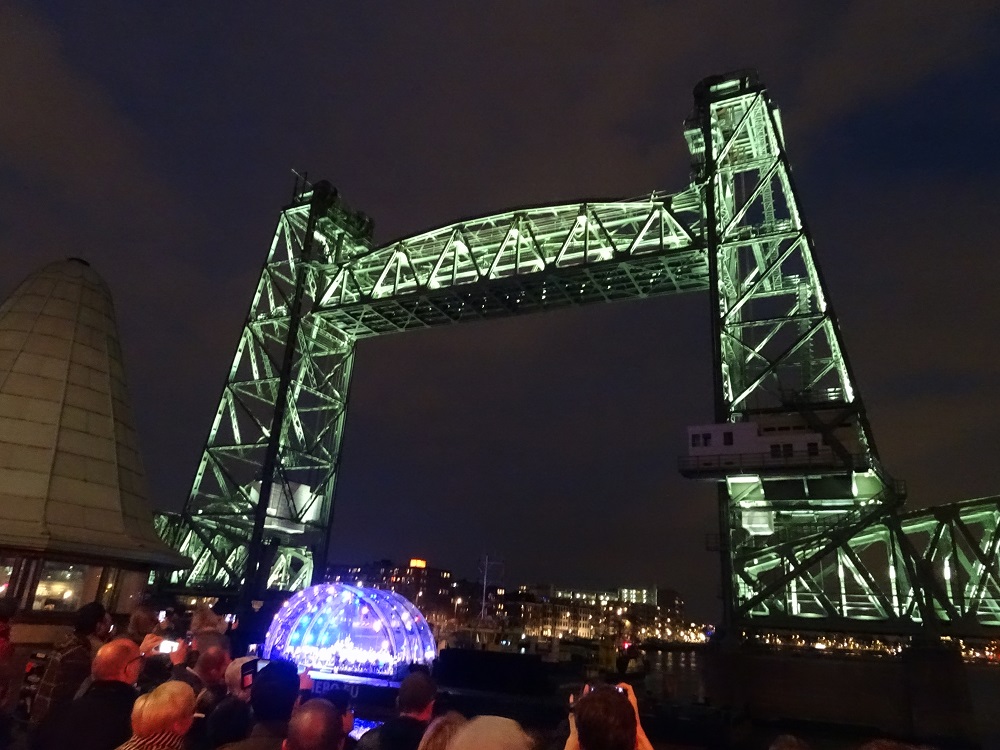 The new illumination successfully preserves the look and colour of the bridge which is an old steel truss bride with a typical moss-green colour, one of the criteria of the contracting authority, the City of Rotterdam.

The lighting design is by ipv Delft, a Dutch design and engineering office specialized in light architecture and designing infrastructure and public space.