The City of Moscow organised its first International Christmas Illumination Festival from December 2015 to Januray 2016.

Teams from Russia, Italy, France and Canada decorated the streets and squares of the city. The festival also featured special decorative lighting on six sites in the city designed by Blachere Illumination, an associated member of LUCI. Each street had a different look and feel –  neo-classical, modern, leafy or high-tech.

The light festival coincided with another city-wide festival, “Journey to Christmas”, which saw Christmas markets and festive decorations appear at 38 locations around Moscow.

This initiative was complemented by a conference on “Games of Light: Traditions and New Tendencies in Decorating Cities for the Winter Holidays” which took place from the 16th to 18 December 2015 featuring presentation and panels discussion from key actors in the event lighting, including LUCI. 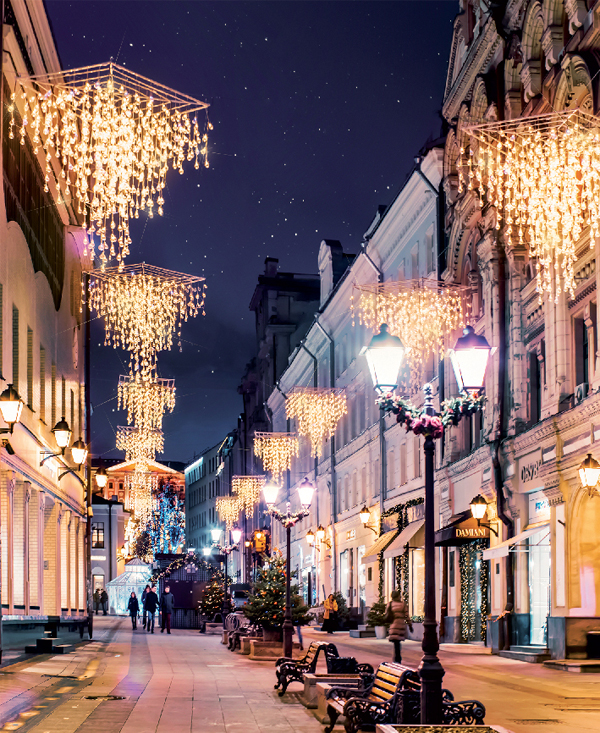