The Moscow Circle of Light festival is organising Art Vision, an international video mapping contest to select artists to feature in its next edition.

The Circle of Light festival is an annual event  in which lighting designers and specialists in audiovisual art reinvent the architectural scene of Moscow by using video mapping: major symbolic buildings, such as the Bolshoi Theatre, the Moscow Manege, the Moscow State University, VDNKh, and others, become canvases for large colourful video projections.

This year, the Art Vision contest invites Russian and international artists, students, creative teams and design studios to propose 2D or 3D mapping projections for the facade of the Bolshoi Theatre and the Moscow Manege. 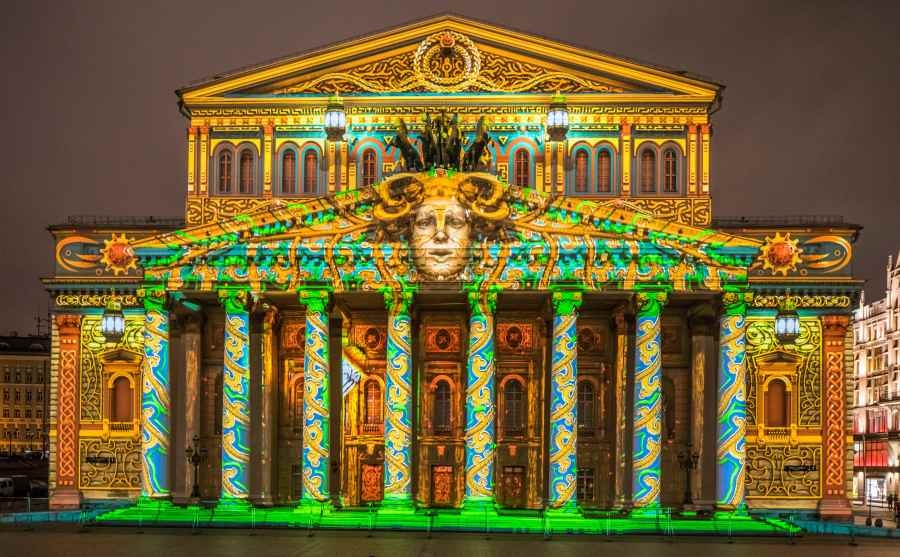 The projections should play up the geometry and architecture of the buildings. Participants can enter under one of two video-mapping categories: “Classic architectural video mapping” and “Modern video mapping”.

Deadline for entering the contest:  1 August 2016.