Moscow is the largest political, economic, cultural and scientific center of Russia. The population of the city is about 12 million inhabitants and its size is around 1090 square kilometers. Moscow carries a great historical and cultural significance, the oldest monuments date back to the 15th century and the city itself is over 860 years old.

In 1994, city authorities made a fateful decision to establish a unified light environment. Back then, at night Moscow plunged into darkness, became grey and uninviting.

In order to implement a consistent approach to planning, designing and operating urban lighting, architectural highlighting and festive illuminations, a concept of coherent lighting and colour environment has been developped and subsequently approved by the government of Moscow in 2007. The concept was further developped in 2011.

A plan for architectural lighting has been set from 2011 to 2016 with the aim to highlight a number of buildings and structures located on the main streets of the city among which streets, boulevards, areas, highways and brdges; Tverskaya ul. along with Leningrad Prospect; Prospect Mira along with Yaroslavlskoe Shosse; Novyy Arbat Street along with Leninski Prospect; Boulevard Ring and Garden Ring, Kremlin ensemble with adjacent areas; Varshavskoe, Kashirskoe, Rublevskoe, Entuziastov and Mozhayskoe highway.

The installation of principally new equipment began at the end of 2011. The usage of advanced technologies in new architectural lighting enables to provide a wide range colour palette to create an unlimited number of light compositions, working both with static and dynamic modes.

As for remote monitoring and diagnostics of separate architectural highliting systems, the work is underway to create an integrated automated control system for architectural lighting. 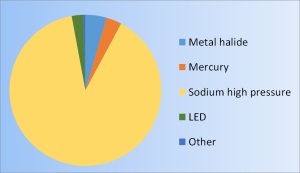