The City of Malaga is a coastal city located at the South of Spain. It counts 568 479 inhabitants. The city is composed of a historical centre and several neighbourhoods around it. The economic activity of the city is mainly based on tourism, building sector and new technologies. Climate, people and gastronomy make the city of Malaga a comfortable place to live and visit: one million tourists visit the city every year.

The maintenance is developed by private companies under the supervision of the City of Malaga.

A public lighting strategy is being developed to describe major guidelines for the public lighting facilities. One of the main objectives of the municipality is to increase the number of LED-based installations in the city is expected to be developed, thanks to the success of the first tests. 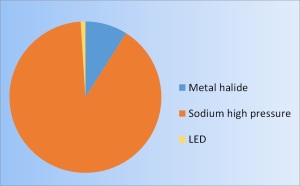 Event lighting installations are used at various occasions every year: at Christmas, during the Malaga Fair and during the Carnival.