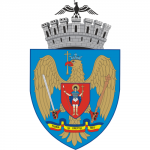 A major Eastern European cultural, industrial, and financial hub, Bucharest has an estimated population of almost 2 million and is one of the largest cities in Europe.

The Municipality of Bucharest is keen on integrating an energy efficient public lighting system into its sustainable development strategy.

The City of Bucharest hosted a City under Microscope in April 2015.