City of art and history, Bourges is known for its monuments such as the Jacques Coeur Palace or the Saint-Etienne Cathedral, a UNESCO World Heritage Site, and its ancient streets and timbered houses.

Bourges is one of the greenest cities in France with 135 hectares of marshes in the heart of the city and more than 50 m2 of green space per capita.

A city of culture, Bourges is very attached to its Maison de la Culture (House of Culture), the first created in France, and its festival “Le Printemps de Bourges”, created in 1977.

The municipality is responsible for street lighting, façade and monument lighting for city enhancement, lighting for sports facilities and festive lighting.

The maintenance of the public lighting is managed by a team of 6 electricians and a team leader.

The city aims to reduce energy consumption by modernizing the public lighting system and planning improved solutions for all existing installations.

The City of Bourges organizes the “Nuits Lumères” route every summer from June to September. This features projections on historical sites that are connected by a route marked by blue lanterns. 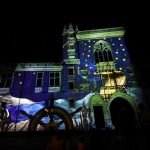 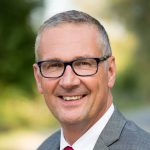 “We want to optimize our public lighting” – Mayor of Bourges