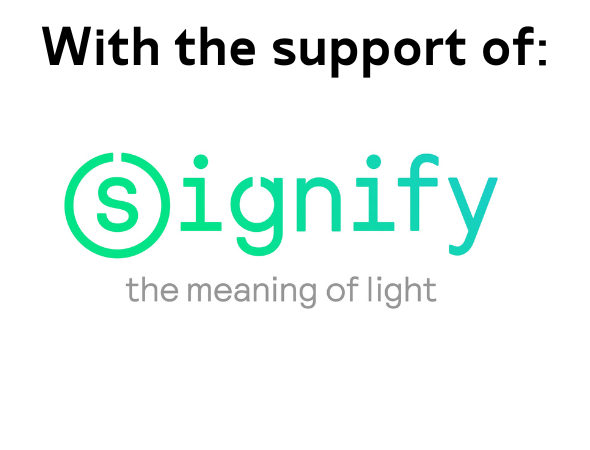 As Vice President for Lyon Metropole, Karine Dognin-Sauze leads the Smart City strategy and road map based on an inclusive global approach. 103 large-scale projects funded by multiple public-private stakeholder consortiums drive the path of Metropole of Lyon as a balanced and consistent Smart City. As Deputy Mayor of the City of Lyon in charge of international affairs, she supports local initiatives to reinforce the knowledge of local international communities and promote international alliances and friendships with more than 26 city partners. 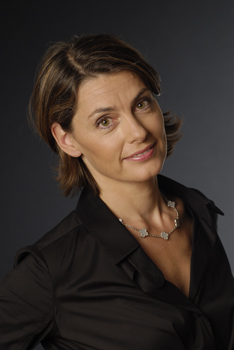 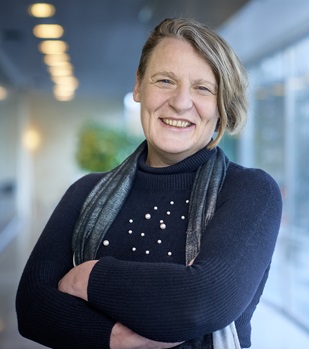 LUCI President / Vice-Mayor of Innovation and Design, Culture and Sustainability, City of Eindhoven

Mary-Ann Schreurs believes in design as an important engine for our economy and being just the right tool for defying big city challenges. As the first Dutch Vice-Mayor of Design she introduced design in local innovation policy. Her goal is to improve citizens’ lives by using the methodology of design thinking in co-creation with the citizens and other stakeholders. Before she became a council member in 1994 she was co-initiator of (European) innovation projects linked to design.

A surgeon by profession, George Képénékian was elected Deputy Mayor for Culture and Heritage of the City of Lyon in 2008, before becoming 1st Deputy Mayor for Culture, Major Events and Citizen Rights in 2014. Since then, he has been in charge of several major projects in the Lyon conurbation, including relations with religions and the International City of Gastronomy project. He was also elected, in 2014, as Vice President of the Committee of Cities for the organization of the Euro 2016. As a Councillor of Lyon Metropole, he has also been responsible for the coordination of major cultural facilities since 2014. 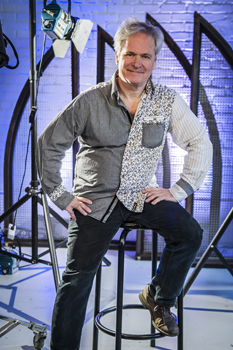 After studying film at the University of Toronto, Bernard Duguay built his career in the field of multimedia. He has held the position of director for numerous cultural and corporate events in North America and Europe. He was the artistic director of public events such as Canada Day in Ottawa and then developed the visual content and scenography of shows for Cirque du Soleil, the UN, and Montréal en lumière, as well as several light festivals in Lyon, Mexico, Jerusalem, Moscow, Washington, Medellin and Riga. He founded LUCION in 2000, a collective of visual artists, urban designers, interactive media developers, storytellers and musicians that develop narrative environments.

Annukka Larsen has been coordinating the City of Light project in Jyväskylä, Finland, since 2007. Her main task is to contribute to the development of attractive city nightscape by guiding all of the lighting projects in the city. She was already involved in creating the Jyväskylä City Lighting Master Plan in the year 2000. She has also been working on the City of Light event since the first edition in 2003. The event started as a professional lighting workshop and as a result, several permanent illuminations were born. She has also organized more than a dozen Guerrilla Lighting events in Finland and abroad. 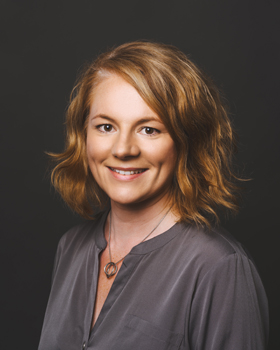 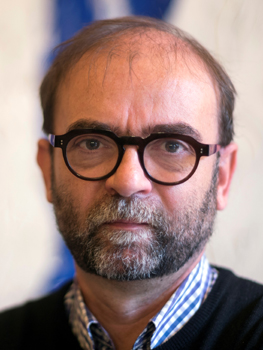 Thierry Marsick is an engineer from INSA Lyon. He has worked for the municipalities of Paris, Grenoble and Lyon. Since 2012, he has been responsible for the public lighting department in Lyon which deals with 74 000 streetlights and more than 350 illuminations. He manages the units in charge of lighting design, maintenance, and logistics. This team is very involved in the Lyon Light Festival and creates a project for this event every year.

Géraud Périole has been a lighting designer for 20 years, specialized in lighting historical monuments and living public spaces. His work with event lighting began over 10 years ago and is now the most stimulating part of his activities. He is especially attracted by the challenges related to the combination of technical innovation with artistic and poetic expression. A delicate balance of these aspects can create surprising playful and ephemeral moments. He started event lighting with “Christmas Lighting” in Bordeaux in 2002, 2003, 2004 and 2013. He later participated in light festivals in Geneva, Lyon and more recently Amsterdam. 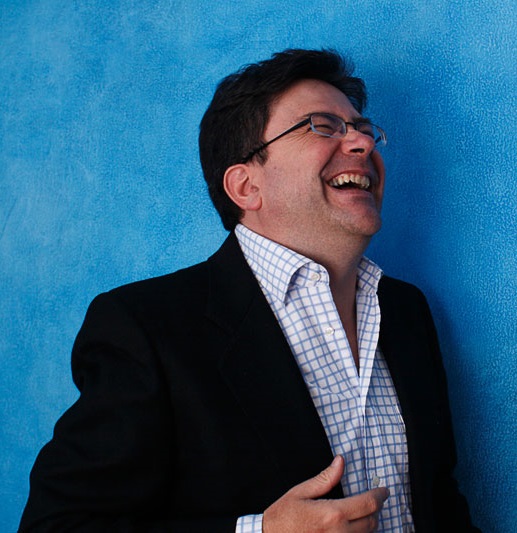 Secretary of Culture, City of Quito

Pablo Corral Vega is an Ecuadorian photojournalist, artist and lawyer whose work has been published in National Geographic, National Geographic Traveler, the Smithsonian Magazine, the New York Times Sunday magazine, Audubon, Geo, and other international reviews. He is the founder and director of nuestramirada.org, the network of Latin American photojournalists and is the co-director of Pictures of The Year Latin America, the largest contest of its kind in the region. He was a Nieman Fellow at Harvard University and was a judge for both World Press Photo and Pictures of the Year. He is currently the Secretary of Culture of Quito.

Advisor to the Deputy Mayor for Culture, Tourism and Events, City of Ghent

Kaat Heirbrant has a background in cultural events, city marketing and cultural policies. She started working for the City of Ghent in 2006, both as an event organizer and an advisor to the Deputy Mayor for Culture. In 2011 she coordinated the first Light Festival in Ghent with a total of 200 000 visitors. The festival today welcomes over 650 000 visitors. As the artistic coordinator of the festival, Kaat ensures that the festival provides a wide range of light art installations from local and international artists as well as students and researchers. The festival connects with the citizens of Ghent and a network of cultural and creative entrepreneurs. 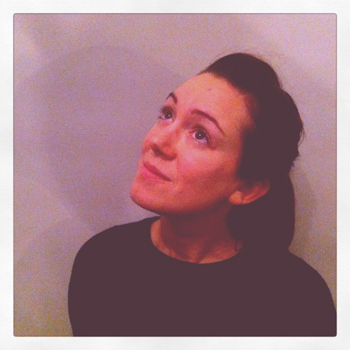 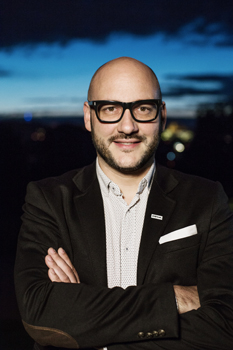 Director and Founder of the Prague Light Festival Signal, Prague

Martin Pošta, President of the International Light Festivals Organisation, studied at the University of Economics and the Film Academy of Performing Arts in Prague. He worked for the Karlovy Vary International Film Festival for years and founded the festivals Fresh Film Fest of film debuts and Design Supermarket of contemporary design, and most importantly, the Prague light festival Signal. Over 600 000 visitors attended the 2016 edition, making the festival the most popular culture event in the Czech Republic. Martin is also producer of the group The Macula, famous for its video mapping on the Prague Astronomic Clock. Martin is now preparing the 5th year of Signal festival.

Zuzana Humajova studied at the University of Economics in Prague and Copenhagen Business School in Denmark. She joined Cisco via the International Graduate Program and she is currently working as Product Sales Specialist in the area of Mobility for the Czech Republic and Slovakia. This includes a wide area of expertise from wireless network connectivity, and crowd and behavioural analytics to the topic of Big Data and Internet of Things. This expertise was used in the fruitful cooperation of Prague Signal Festival and Cisco in the Prague City Centre. 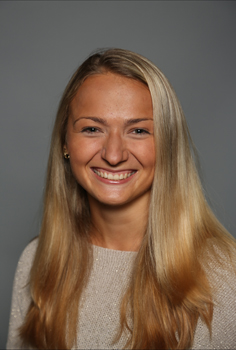 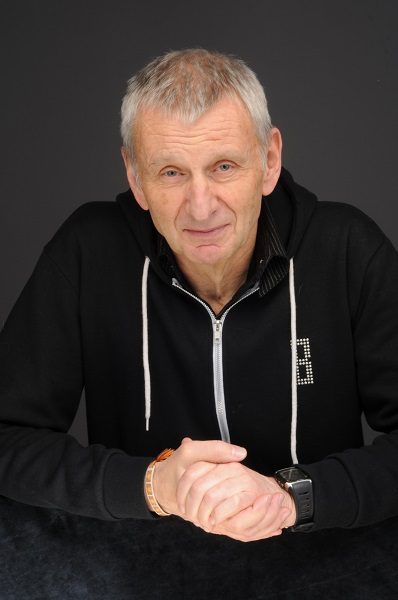 Director of the Fête des Lumières, City of Lyon

Following an education in communication and audio-visual studies, Jean-Francois Zurawik created his own audio-visual production and event planning company in Strasbourg. His work has taken him throughout Europe, to North Africa, and the Middle East. Since 2003, he has been managing the Events Department of the City of Lyon and takes care of the overall coordination of the Fête des Lumières. He was the artistic director of the Dubaï Light Festival in 2013 and is currently preparing the first edition of Lumières Hong Kong in 2017. He was also responsible for, the opening show of the Année croisée France – Colombie, with Damien Fontaine, in Bogota in December 2016.