A provincial and district capital with a population of over 80000, Yala is located about 1100km south of Bangkok. In 2017, it became the first Thai city to join the LUCI network.

Pongsak Yingchoncharoen, Mayor of Yala, tells Cities&Lighting about the role of light in his city…

Cities&Lighting: Tell us about Yala…

Pongsak Yingchoncharoen: As the provincial capital of the southernmost province of Thailand, Yala is a diverse town of about 65000 residents. Historically, Yala has had a reputation as a great place to live. The unique spiderweb design of the city streets has led to its recognition as one of the best city plans in the country. And Yala has also received awards for its cleanliness and beauty. We also have an abundance of unique and tasty fruit – from the locally grown stone bananas, to the world famous delicious Shogun oranges, and of course, the local durian which is always a popular treat.

Could you explain some of the challenges Yala is facing?

While the population of the province is 90% Muslim and 10% Buddhist, Yala City is more evenly divided with approximately 40% Muslim and 60% Thai and Chinese-Thai Buddhists. In 2004, a violent separatist movement began, wreaking havoc in the city and throughout the three southernmost Muslim majority provinces. 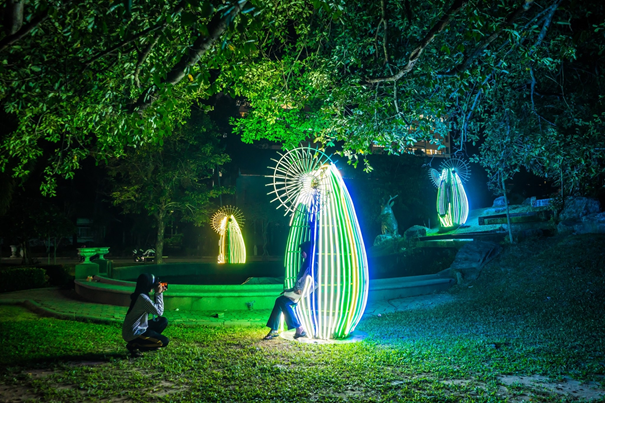 From bombs at tea shops, to arson fires that destroyed village schools, to targeted shootings as people went about their daily routines – fear began to dominate the community in Yala.

How have you been trying to respond to this?

For many years now, the government has been working diligently to reduce the violence and bring normalcy back to the people’s lives in the city. Part of the solution has been providing opportunities for the young people to learn and grow together in the Yala City Youth Orchestra and in various youth football and sports camps. Community leaders have also made strong efforts to reach into the community by hosting regular meetings and feedback sessions for the residents.

Our community efforts are starting to bring positive results, so that people are losing their fear and venturing outside again, for bike rides, exercise, and other community activities. A major renovation of the city is planned to create more accessible public spaces and promote night activities all around the city. This will help to make people happier and smile.

After all, we believe that good things come together.

What role will light play in this?

Let there be light! Let’s encourage all citizens to enjoy and meet their friends and family. Using the light, we try to reduce the tensions and difference among the citizens of the region. We want Yala to be a harmonious place where everyone feels comfortable at day and night.

As an integral part of this process, over the last two years, we have implemented the “City Harmonized Through Lighting” project which brings delightful lighting installations to public spaces in Yala.

The first year, the theme was “We Love Yala,” focusing on residents’ shared love for the city. This initial phase of illuminated structures brought joy to local residents – the town began shifting from the fearful, “be home before dark,” attitudes, to feelings of peacefulness and a willingness to venture out in the evenings again.

The theme for the second year of the lighting project was, “Good Day@Yala.” This phase brought even more fun lighting installations to the city in a variety of locations. As people ventured out for an evening meal or shopping, they were rewarded with more new and exciting light displays. 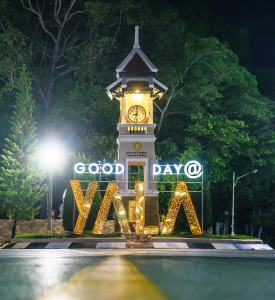 What has been the impact of the “City Harmonized Through Lighting” project?

The “City Harmonized Through Lighting” project has not only brought light and fun to the dark streets of Yala, it has also played a role in bringing a brightness and lightness to the hearts of the people of Yala as well.

Over the last two years, the lighting project has been helpful in changing people’s perceptions about the after-dark environment of the city. The night life has been rejuvenated. Bicycle tours to view the lights have been hugely popular.

Residents make special stops to get out and take selfies with the lights.
Fear is being replaced by fun.

What are you hoping to achieve with the LUCI network? 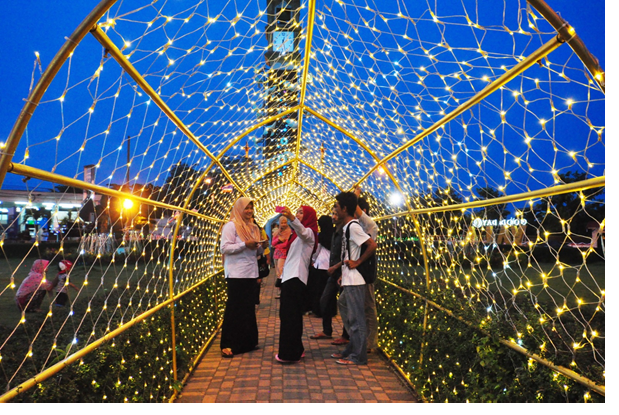 We have already broadened our horizons on light in the city thanks to the regional urban lighting workshop organised by LUCI in Seoul in June 2017.  We hope to continue learning from other cities about creating welcoming public spaces with light. We would like to invite specialists in lighting to develop their projects and take our city as case study. We believe in the uniqueness of our city and everyone who visits can see how special it is.