The news came out in June: LUCI member Oulu won the title of European Capital of Culture for 2026! Known for its light festival and its award-winning lighting designs, the fifth-biggest city in Finland has been an active member of the LUCI network since 2015. Its bid, Cultural Climate Change, is made up of three themes – Wild City, Cool Contrasts and Brave Hinterland – where light has a great role to play.

The European Capital of Culture (ECoC) initiative aims to promote the development of cities through culture, to highlight the richness of European cultures and their common cultural heritage and to promote mutual understanding and dialogue. “This is a huge opportunity for Oulu and the whole of Northern Finland,” Oulu2026 Director Piia Rantala-Korhonen said after the announcement. “I hope that Northern Finland will now be clearly visible on the map of Europe.”

The culmination of several years of work

When the news came out, Oulu’s Mayor, Ms. Päivi Laajala (photo), said: “On behalf of the City of Oulu and myself, I would like to warmly thank the Oulu2026 team for this significant achievement and four years of preparatory work. Oulu is really happy about this victory. Preparations for the Capital of Culture will continue immediately. I also thank our competitors Tampere and Savonlinna for a fair and great competition.” When Oulu presented its bid to be an ECoC, in 2020, it was indeed the culmination of several years of work.

First, workshops were organized in the autumn of 2017, where children and students were asked how they see Oulu in the year 2026. City employees then met with hundreds of people across the city, using design-thinking and bottom-up approaches. People were encouraged to think about their challenges and hopes for the future as well as their connection with Europe.

Then, in 2019, the project launched an open call for proposals in which people from Europe and around the world were invited to participate. It aimed to find the most interesting programme proposals that would become part of the City of Oulu’s European Capital of Culture Bid Book. The proposals had to be in line with the bid’s three themes.

The bid was finally submitted last year, and, on 2 June 2021, Oulu was announced as one of three European Capitals of Culture for 2026!

The role of light in Oulu’s bid

Oulu is a member of the LUCI network, and light will play a key role in its programme for 2026. The “Capital of Northern Scandinavia”, as the city is known, already has a special relationship with light, explored during the LUCI City under Microscope in 2019. At a latitude of 65°N, 150 km from the arctic circle, Oulu experiences long periods of light – the nightless nights of the midnight sun – and even longer periods of darkness – the sunless days in the heart of winter.

These stark contrasts mean that public lighting plays a major role in the everyday life of the city, whether it is functional or creative, temporary or permanent. Since 2013, Oulu also organizes the annual LUMO light festival, whose next edition is set to premiere later this year. This year, it became a partner in a newly launched EU-funded project led by LUCI: Light & Art in Public Spaces (LAiPS). This collaboration between LUCI and three European cities will explore the role of permanent light art installations in public spaces and strengthen city capacities on these issues. When the ECoC open call was launched, light art was actually a part of 51 proposals, including eight projects exclusively dedicated to the creation of artworks.

Oulu’s winning bid has built upon Northern Scandinavia’s experience with circadian contrasts to imagine its three themes. One of the programme lines, #darkmatters, aims to “acknowledge the dark and harvest light for health and wellbeing”. It will explore how culture and art can shift the conversation on climate change to reach people in a different way: to use art and emotion to touch people’s hearts, complementing the science that has already reached people’s minds.

The ECoC programme will also extend the annual LUMO Light Festival through 2025 into 2026, including it as part of the opening and closing ceremonies. The festival will host an impressive array of international light artists and promote co-productions with local and international artists to strengthen networks and exchange. Partners will include the Tartu Valgus Festival, in the City of Tartu – another LUCI member! 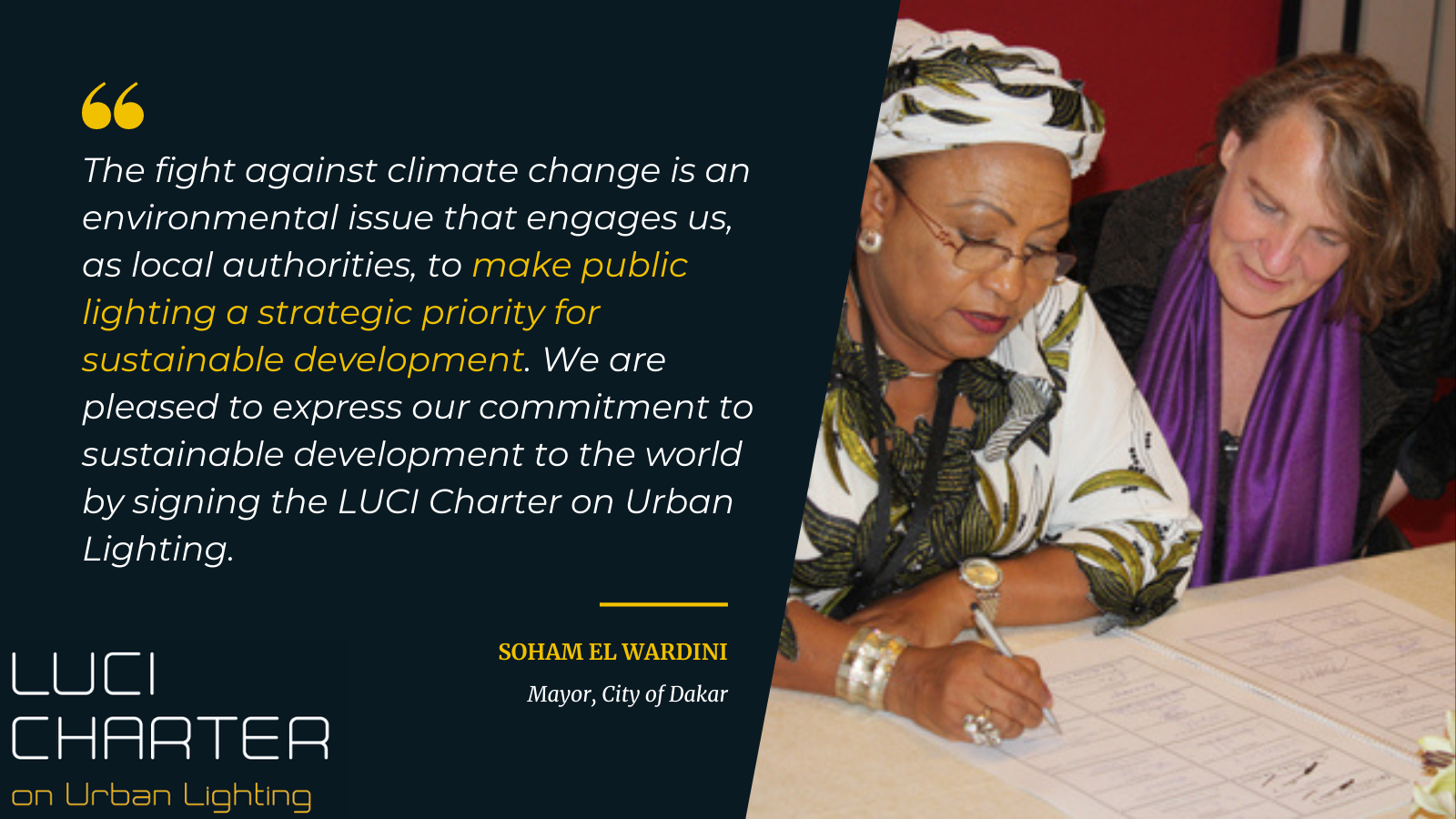 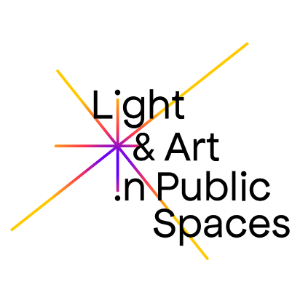 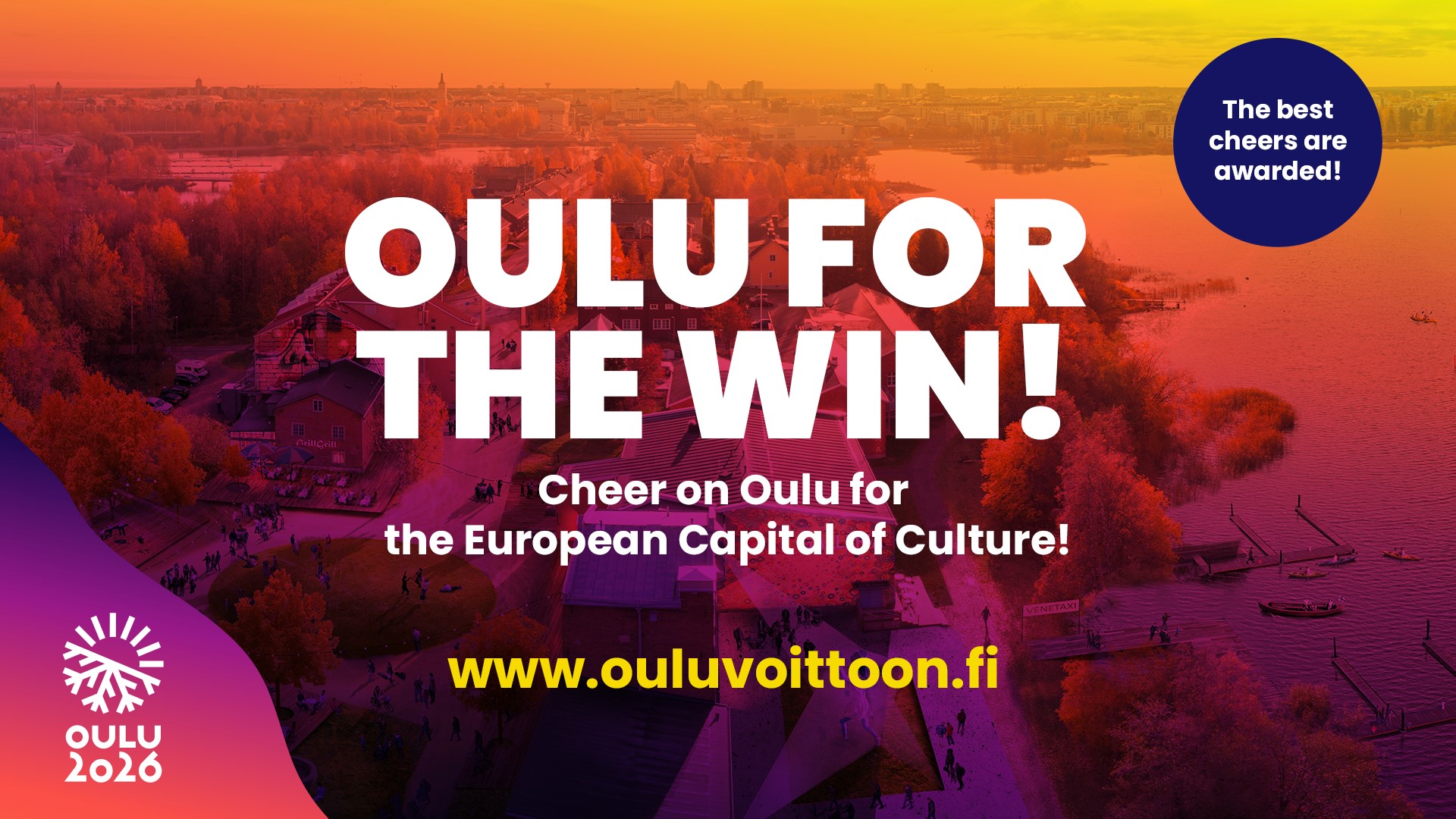