Earth Hour was launched in 2007 by the World Wildlife Fund (WWF). Every year, on the last Saturday of March, cities across the world, as well as companies and private citizens, switch off their light for an hour to show support for our planet. LUCI member cities have been taking part in earnest in what is said to be one of the world’s largest grassroots movements for the environment. Take a look!

In 2015, the city had switched off the decorative lighting of more than 200 monuments, among which the Chain Bridge and other bridges, the Royal Palace and the Parliament. It saved more than 1300 kWh energy during the one hour switch-off.

The mayor of Budapest, Gergely Karácsony, took to Facebook to announce his city’s participation in this year’s Earth Hour event.

Budapest has also joined the Earth Hour campaign, so tonight we will turn off the city’s decorative lighting. 🌍 The effects of climate change are becoming more and more pronounced in Budapest as well […]. The most important thing now is to unite and overcome the epidemic together, but once we go beyond that, the dangers of climate change will remain with us. Because of today’s problems, we must not forget tomorrow’s challenges either. Because remember: if we protect our planet, we protect each other!

The City of Lyon is a founding member of LUCI. In 1989, it was one of the first city in the world to implement a Lighting Masterplan. On Saturday 27 March, the city switched off 370 sites that have been illuminated since the inception of the masterplan!

(This did not include street lighting, and the Fourvière Basilica.)

Grégory Doucet, Mayor of Lyon, took to Twitter to show how the city looked like during Earth Hour:

The second-largest biggest city in Colombia, Medellín has developed a strategic lighting plan and is also famous for its Christmas Light in Medellín festival.

The City delegates public lighting management, including maintenance, to the public company EPM (Empresas Públicas de Medellín). EPM follows the city administration’s guidelines (manifest) for the planning and execution of the corrective and programmed maintenance activities.

On Saturday, both entities marked Earth Hour, by switching off City Hall and the EPM headquarters.

(1) At the Mayor’s Office of Medellín we are joining#EarthHour. Turn off the lights, #ConnectWithNature and help us to turn Medellín into an #EcoCity
(2) @EPMestamosahi also joined.
You too can join this initiative and give the planet a break.
Let’s work together for an #Ecocity. #HoraDelPlaneta #ConnectateConLaNaturaleza #EarthHour

According to Da-Eun LEE, Technical Coordinator for the LUCI Regional Office for Asia, « Seoul Metropolitan Government has been participating in the event since 2008. Participation is mandatory for Seoul landmarks and bridges, and the city is encouraging many more private buildings and facilities to join the event.«

In 2021, among other buildings, Seoul’s City Hall and the Cheong-gye Square were switched off to mark Earth Hour. 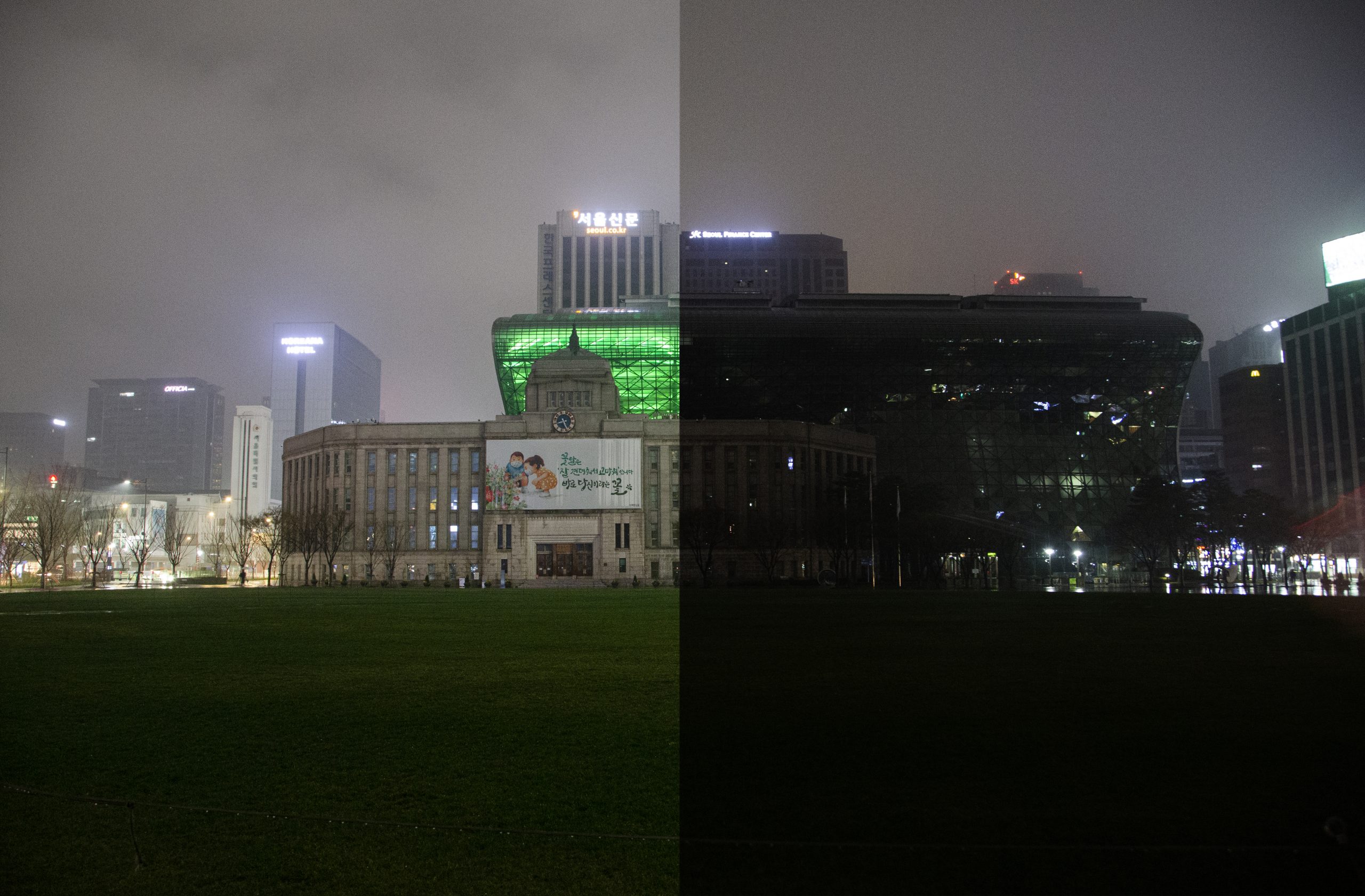