The LUCI City under Microscope in Glasgow, which took place from the 11th to the 15th of November 2015, brought together over 110 city representatives and lighting professionals from 20 cities in a unique participative event that addressed urban lighting in all its facets.

The event started off with a bang with the inauguration of the Radiance Reflected exhibition in the Lighthouse during the welcome cocktail. The exhibition which outlined the role of light in Glasgow’s development in the past 10 years as well as the city’s role in LUCI, will be on display for the public until Christmas. It was followed by a walk along a lighting trail in the city centre featuring several temporary and permanent installations from, amongst others, LUCI associated members: Philips, Blachere and Craig Morrison.
See a video on the history of light in Glasgow 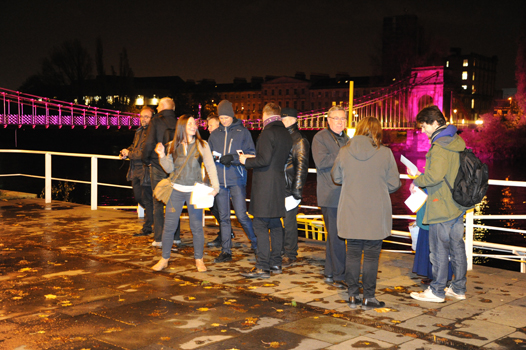 Light as a strategic tool for urban regeneration, development solidarity and resilience 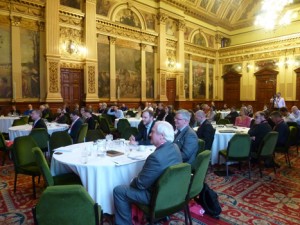 Conference sessions presented the different ways in which urban lighting is integrated in Glasgow’s urban development policies and strategies – and its role in helping Glasgow become a world class sustainable and resilient city with a green economy and a dynamic and comfortable city centre.  As the second major retail centre in the UK outside London with over 2.2 million visitors a year, Glasgow has developed new lighting strategies to support the city centre night-time economy. The city is also using light to create welcoming neighbourhoods for its citizens, specifically in the recently regenerated canal district which has a special lighting plan to convey the history of the canals that were once an integral part of Glasgow.

Urban lighting has also been a particularly powerful tool for public engagement in Glasgow and the city has been using light to connect communities for several years now.  In one such initiative, called Linked via Light, the Westburn Viaduct, a former railway bridge that links the Carmyle area of Glasgow and Westburn in South Lanarkshire, was illuminated through a project that brought young people from communities on both sides of the river together to transform their shared landmark.

A presentation on the LightLinks project in which Glasgow and Buffalo City, South Africa are working together with Thorn lighting, LUCI and Lighting Designers Without Borders to illuminate certain sites in the South African city, explained the process and the practical challenges linked to such multi-cultural and solidarity cooperation projects with international teams.

A panel discussion on resilient cities addressed lighting in a larger perspective, reiterating the importance of developing city strategies that are sustainable, resilient and ready for all future challenges. Speakers agreed that whatever the environmental policy decisions made at the international level, it would be for the cities to deliver results, and that it was essential that they have the means to do so.

Future City Glasgow intelligent street lighting pilots
Glasgow, which currently has a lighting network consisting of a mixture of light sources including high pressure sodium as well as metal halide and LED, was one of the first cities to use LEDs on its bridge structures about 10 years ago. It is now planning to replace over 10 000 lamps on its main roads with LED with financing from the Green Investment Bank. 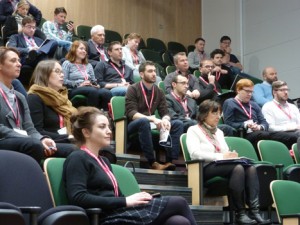 It is also planning an intelligent street lighting roll-out in the city centre following the results of its Future Cities Demonstrator project for which it won national grant funding worth £24 million in 2013. The project aimed to explore the ways in which technology and data could be used to make life in the city safer, smarter and more sustainable. Presentations highlighted that 90% of the world’s data has been produced in the past 2 years and that this data collected from things connected to the internet could be a valuable source of creativity and innovation. In this context, the city is working towards an open-data model in which all non-sensitive data could be publicly available – a step that would increase transparency and enable innovators to create new initiatives and services.

Glasgow is also examining the potentials of connected systems and big data to improve urban lighting through three pilot projects with incorporating sensors combined with new LED street lighting. The objective is not only to use the sensors to adjust the levels of street lighting accordingly, but also to use the data gathered to conceive other services that create value. The lighting maintenance system would then become Glasgow’s “central nervous system”.

One of the pilot projects, in Gordon Street in the city centre, has implemented dynamic LED street lights where light reacts to sensors that detect air quality, footfall, and sound. It has resulted in energy savings of 68%. Another pilot project on the Clyde riverside walkway has seen 78% energy savings with video-analytic sensors that detect joggers and cyclists using the path. A third pilot in the Merchant City area of Glasgow, served as a test model for a future city-wide LED retrofit rollout with dynamic lighting  using sensors that monitor pedestrian and visitor flow, traffic flow and spaces for electric car parking points. Lights can also be programmed differently for different residential and commercial areas. This has had overall positive results and 68% energy savings. As a consequence, by 2017, Glasgow city centre will have completely connected lighting with 3 500 LED lighting points with CMS in a £ 4.5 million project.

A first-ever City under Microscope hands-on lighting design workshop, with material and help from Philips staff, saw participants assigned to several teams to compete with lighting design concepts for three sites on the University of Strathclyde campus. An afternoon of brainstorming lighting design ideas resulted in three unique winning designs that were implemented on-site by the winning teams and displayed during the course of the evening.

Special initiatives and lighting installations to mark the event

Several special initiatives linked to the City under Microscope were also on the agenda. The event featured a keynote presentation celebrating the International Year of Light by Professor Martin Hendry, the chair of IYL2015 Scotland. It also featured a presentation by NVA, the designers of the award-winning Speed of Light Ghost Peloton light art performance piece, which took place on Friday evening. 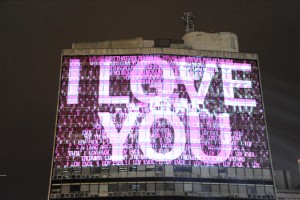 In addition, as part of the CM event, the façade of the City of Glasgow College in the city centre featured large projections, created by LUCI associated member, Glasgow-born Craig Morrison, in collaboration with students and staff from the college. Entitled the Glasgow Portrait Project, this showed over 150 portraits of the people (including LUCI participants!) that make Glasgow. See the images here. Another site-specific artwork by Craig Morrison in collaboration with Hartung and Trenz, entitled I Love You was also shown on the college facade.

A very rich programme that presented the many ways in which urban lighting is an integral part of the social, urban and economic development strategy of Glasgow, and that provided participants many moments and exceptional spaces for discussion, debate and innovation.

Click here to see some photos from the event

Access the archived event pages for more information on the programme and speakers.