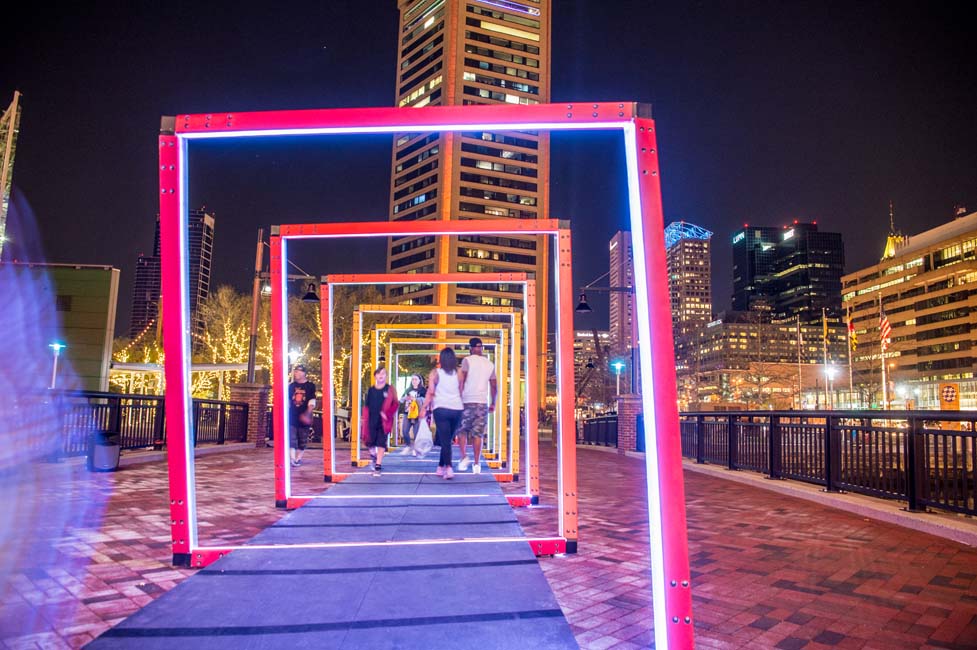 Tell us a bit more about the Baltimore Office of Promotion & the Arts, its relation to the City of Baltimore, and its role within the festival.

The Baltimore Office of Promotion & the Arts is a non-profit organisation with a management contract with the city government of Baltimore, serving as the city’s events agency, arts council, and film office.

The city is our only client and our biggest sponsor

We receive funding from the city as grants and then we raise all other sources via fundraising. We have a very close relationship with the city; we like to say, “they are our only client and our biggest sponsor.” The priorities of the Mayor become our priorities and the CEO of our office sits on the Mayor’s cabinet. As you can see, this really shows the importance of arts and culture at the city level. 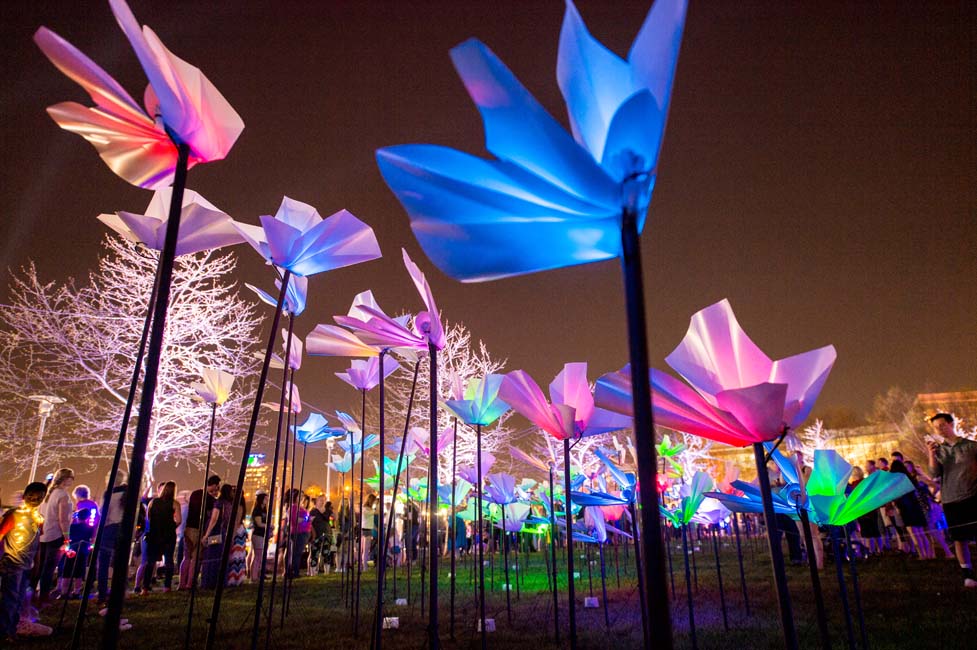 What was the inspiration behind starting a light festival in Baltimore?

Our city isn’t always shown in the best light, on TV, or in the news, so we wanted to use Light City to shine a light on the positive things that happen in Baltimore. We felt this festival could be the way to celebrate the positive.

Shine a light on the positive things that happen in Baltimore

It came at a time when everyone wanted to work together to push this forward. The medium of light felt like an appropriate metaphor for innovation, creativity, and positivity. We also wanted to try something new.

What are the main factors that made the festival a success?

Financially, the festival was made possible thanks to the generosity of the city’s utility company, Baltimore Gas and Electric (BGE). It happened to be their 200th anniversary, so it was the perfect way to celebrate.

Community support was equally strong: we went out into different neighbourhoods to get feedback and ensure this is what they wanted. We wanted to make clear that this wasn’t something that was “happening” to them, but something they could be a part of to shed light on the positive aspects of the city. 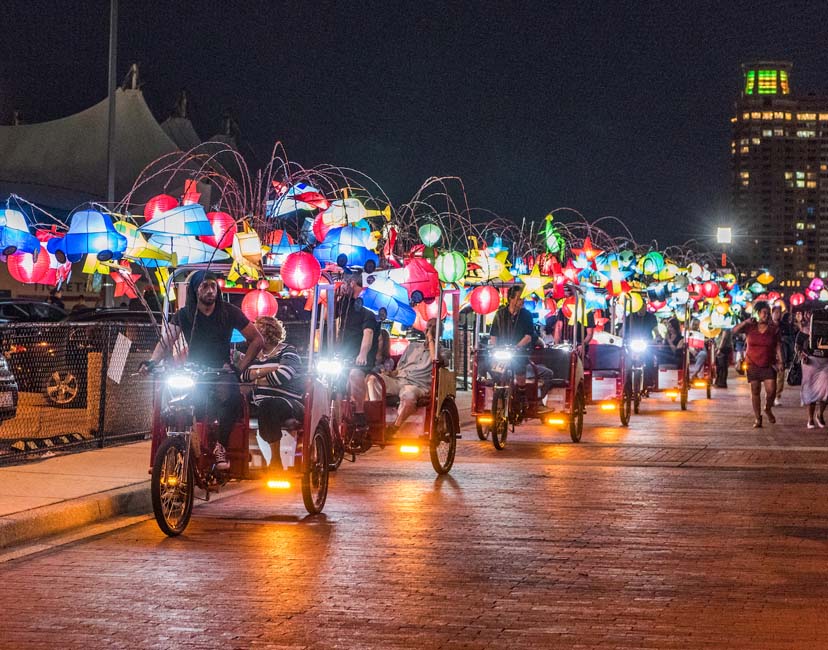 As you head into the 4th edition of the festival, what have been the main challenges along the way?

Fundraising! The festival has become a USD$ 4 million endeavour and we had to be creative to find ways of raising these funds.

There was also a major learning curve around light art and the technical challenges we had to overcome; for example, dealing with ambient light downtown.

So what’s next for the festival?

On 1 November 2018, we just made a big announcement: the next edition of the festival will be combined with our Book Festival. During the day, everything will be about the literary arts, and at night the lights will illuminate the arts, metaphorically. By combining these festivals, it will become one of the
largest festivals in the world. 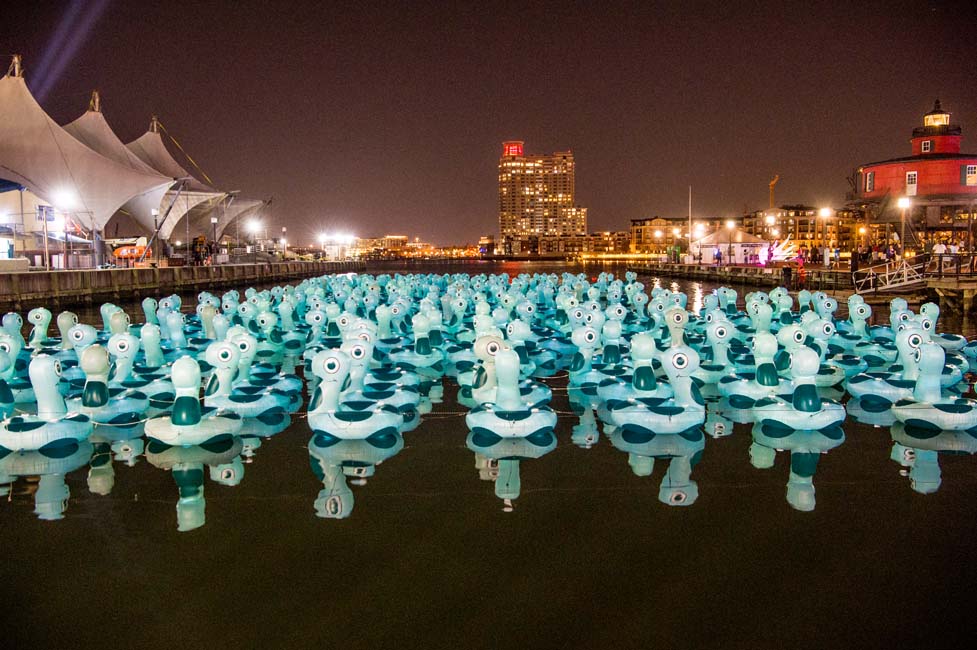