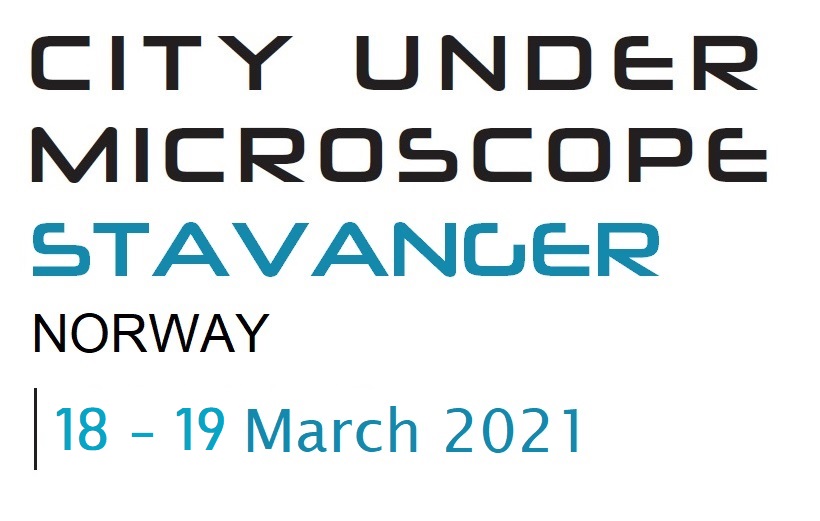 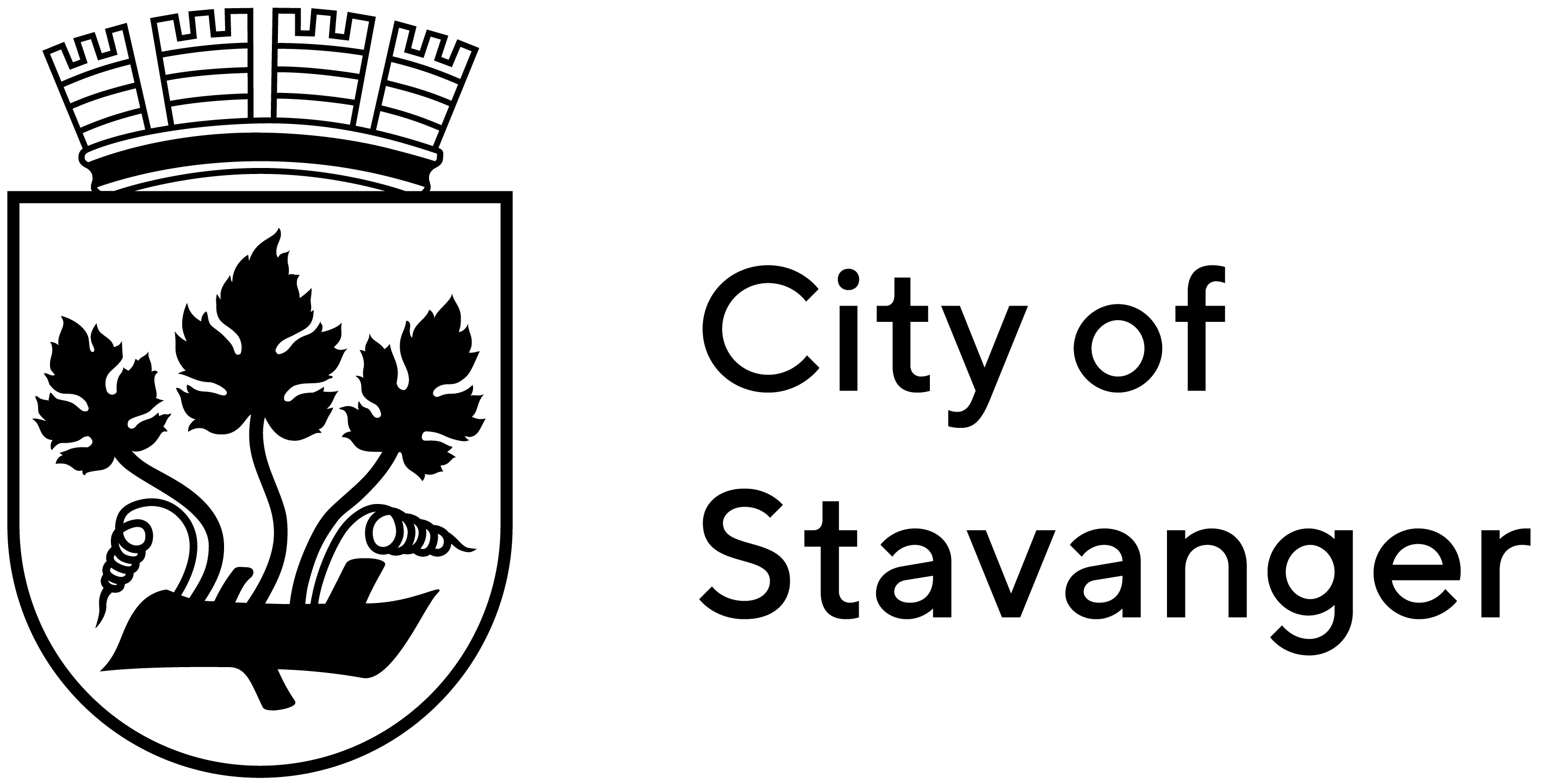 Kristin Støle Kalgraff is content manager in the communication department of the Lyse group. She has the main responsibility for internal and external TV, text and web- content for Lyse’s channels. Kalgraff has a special responsibility for Lyse’s smart-city and innovation communication, and gives strategic communication advice to leaders in certain departments. Kalgraff is an educated journalist and has for several years had various tasks as moderator and host for internal and external conferences.

How to plan, develop and adapt in Stavanger and the region as we go from Oil City to Smart City

Gunn Jorunn Aasland is responsible for city planning, development control, conservation, mapping/surveying, public health and civil protection within the Urban and Community Planning department of the City of Stavanger. She is educated as an engineer and a planner, and has experience in public and private sector planning and property development.

Tone Grindland is regional director of the Norwegian Confederation of Enterprises in Rogaland. Over the last decade, she has been a driving force for economic development in the Stavanger region. She has held leading positions with the City of Stavanger, Greater Stavanger Economic Development and the Stavanger European Office, previously working with the Red Cross and the Norwegian Conflict Council. Grindland is a political scientist with an international university education from five countries. She is frequently invited as a speaker and moderator, and has a particular interest related to new business models, innovation and international coherence.

Gunnar Edwin Crawford is head of Stavanger Smart City, innovating across public-private boundaries, co-creating the smart city of the future. Gunnar has extensive hands-on experience with innovation and development within the fields of welfare technology, smart homes and smart cities. He is a patent holder, and winner of a CES Innovation award. He has contributed to several EU projects. Crawford’s professional background is within ICT, energy and innovation. Gunnar is co-author of the book « Creating Disruptive Ecosystems » (2016).

Trond Thorbjørnsen is a Senior Business developer at the Innovation R&D department at Lyse. He has a long experience leading early stage technology and development projects at Lyse. Thorbjørnsen has extensive hands-on experience with innovation and development in welfare technology and smart homes as well as services on top of energy and smart city infrastructure. He has contributed to several EU projects, including two Horizon 2020 projects. Trond’s professional background is within smart home, energy and innovation. Trond is the inventor of “Badetassen” and the Light pole charging solution tested in the municipality of Stavanger.

Eimund Nygaard is the CEO of the Lyse Group, a position he has held since the establishment of Lyse Group in 1998. Lyse is a Norwegian industrial group operating within the fields of energy and fiber-based broadband. Nygaard graduated in finance/administrative studies.

Hanne Windsholt is an Art Historian with architecture as her specialty. She has been working within the field of public heritage management since 2002, first at the county administration of Hordaland/Bergen, and since 2006 at the Cultural Heritage Office in Stavanger. She has been head of the office since 2013.

Leidulf Skjørestad is responsible for roads, water and wastewater, sports and green areas, public buildings, environmental issues such as climate adaption, biodiversity and waste management within the Environment and City Development Department of the City of Stavanger. He is educated as a civil engineer and has many years of experience in the public sector, both on county and municipal levels. He is a driving force for Stavanger’s participation in EU-projects.

With many lighting masterplans delivered worldwide, Nevena focuses on designing strategies and lighting schemes that inspire, empower and provide meaningful experiences for residents and visitors. Over the past decade, Nevena worked with many villages, towns and cities in Norway to achieve their goals and build a vision for their future.  She takes lighting masterplans beyond mere illumination, working directly with cities and users through immersive workshops and blending multiple disciplines. She was the lead designer behind Trondheim Waterfronts Lighting Masterplan with its large-scale lighting mockup, Rjukan UNESCO World Heritage Site – Lighting Masterplan and Stavanger lighting masterplan.

Halvor Næss is the owner of a small lighting design company with 3 employees. He has over 20 years’ experience in the lighting business and the last 9 years in his own company, specialised in architectural lighting design, both outdoor an indoor. His electro-technical background gives him unique skills in planning of lighting design that also values the qualities regarding installation and maintenance to reach the best solution based on available technology and budget.

Louise Fiil Hansen is Partner and Design Director in SLA where she is responsible for some the studios largest and most complex urban projects among others the revitalization and rebuilding of the Government Quarter in Oslo.

Across her diverse set of projects from nature-based city planning to integrated security design and climate adaption, Louise has a dedicated focus on how to spatially transform the classical challenges of the city such as pollution, social segregation, biodiversity loss and climate crisis and turn these challenges into possibilities for improved livability.

Lotte Fast Carlsen is the Deputy Director of the Nordic Safe Cities Alliance. This alliance of 20 Nordic Cities works to prevent violent extremism and create safe and inclusive cities.

Lotte has 10 years’ of experience in social entrepreneurship and sustainable development. Over the years Lotte has, among others, worked with Nordic city planning and together with cities across the Nordic region create safe, inspiring and attractive spaces where urban safety planning and security go hand in hand with open and democratic public spaces.

LUCI Coffee Bre@k (for members only)

Claus Petersen is an urban designer and works as project manager in the organisation of “urban environment and development” in the City of Stavanger.

He has been the project manager for the Lightplan of Stavanger City Centre and is now working on how to implement the proposed guidelines of the plan.

Ingvild Abrahamsen is responsible for lighting design at Lyse Lux AS. The municipally-owned company plans, builds, and maintains public lighting, in Stavanger and eight other municipalities in the Rogaland county.

Kristin Bredal is the founder, CEO and Chief Designer of Zenisk, a design office specialised in light plans for urban areas, architectural lighting design, light art, and exhibition design. After attending the Master of Fine Arts program in Theatre Design at Yale University, she began working more and more in urban and architectural projects from 2001. Zenisk was founded in 2009. Bredal holds several awards both as lighting designer for the stage and for architecture and urban space. She got involved in public lighting because of the lack of aesthetics and little care for soul and human wellbeing in the urban environment.

Torgeir Esig Sørensen is educated as a landscape architect and has for many years held the position as head of the Parks and Streets Department of the City of Stavanger. He has been working intensely to expand and secure the green infrastructure in Stavanger and is also a front runner for the use of nature-based solutions. Torgeir is certified as Park Professional International CPPI (World Urban Parks).

Anne Katrine Lycke has been working in Stavanger Turistforening since 1995, an outdoor trekking association in Norway. There are two main tasks in her work: one is working with nature management in Rogaland and the other is working to inspire people to experience and enjoy outdoor life close to where they live.  She is educated as cand. Scient geology from the University of Bergen.

Arne Follestad is an ecologist at the Norwegian Institute for Nature Research, concerned with conflicts between geese and agriculture, seabirds and effects of human activities and disturbance to birds. This includes a literature review of effects of artificial light on biodiversity, and how this may influence urban ecosystems.

Arve Olsen joined Light Bureau in 2009 and has played a key part in the company’s projects ever since.
As a designer, Olsen is focused, rational, but also strongly conceptual. He uses light as a medium of expression and a tool to tell the story of a structure. He puts people first and designs the lighting according to what a person desires and requires of the built environment. He’s a regular guest lecturer in Lighting Design, at the School of Architecture in Oslo and a jury member for the Norwegian Lighting Design Awards.

Tomas Sjögren has been working in the lighting industry for more than 25 years. He has broad knowledge and experience in lighting. He has worked with management, product management, as a lighting designer and with sales for a number of years. He is educated as a lighting designer from the University of Jönköping. Tomas also has many years of experience as a speaker and has held a lot of courses within light and lighting.

Tina is an architect and, for the last three years, has been managing an innovation project on sustainable and attractive urban development: « Vi vil bo i Hillevåg. » This project has been carried out with support from the Royal Municipal and Modernization Ministries (KMD).

Daniela Arriado is a Chilean-Norwegian curator and producer. She is the Founder and Director of Art Republic platform, and the Artistic Director of Screen City Biennial (SCB) in Norway. Her work is dedicated to research and presentation of the expanded moving image in public spaces. Her practice is related to the contemporary moving image, and to its relation to sound and architecture. Her earlier work has dealt with media art and media architecture in urban environments. Arriado also works as an advisor and producer for artists, organizations, fairs and collections.
Based in Oslo and Berlin, she is a member of IKT – International Association of Curators of Contemporary Art and The Norwegian Association of Curators.

Viel Bjerkeset Andersen is a Norwegian visual artist and sculptor mainly working with site specific art projects. Over the years, she has been involved in several projects within public art, and due to innovation and her ability to bring projects to fruition, they are both interesting and relevant. She has been groundbreaking in the field of art in infrastructure in Norway.

Mikkel Toksværd has 20 years’ experience working with light as a communication and branding tool in the Nordics.

Katia Valerie Banoun is the Managing Director at Lyskultur (Norwegian Light and Lighting Association) and Executive Board Member of LightingEurope. Banoun has extensive knowledge in marketing and communication strategies. She previously worked as Head of Marketing at Selmer Law Firm and before that as Head of Sponsorships and Public Relations at the National Museum, and has also managed the project “Award for Design Excellence” at the Norwegian Design Council. Banoun holds a BA degree in marketing, Spanish literary history and art history, and further education in graphic design, communication and leadership.