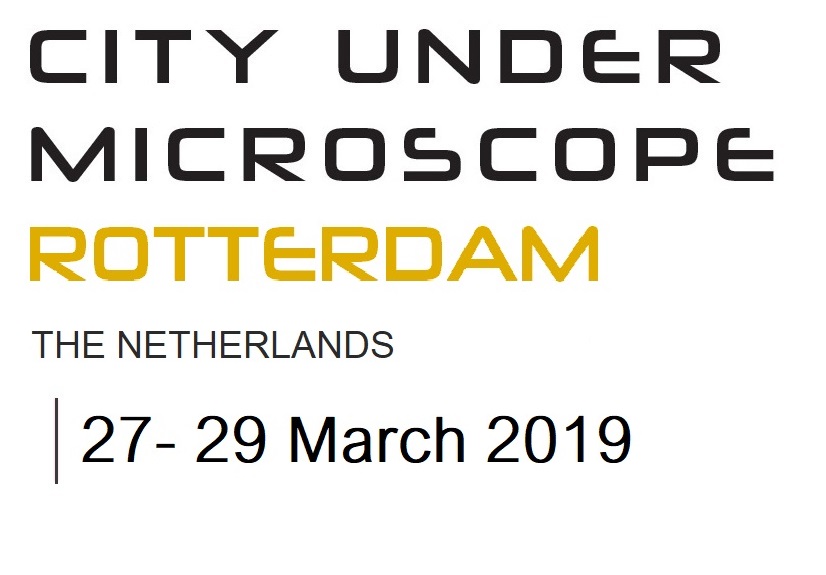 Marjolijn is a City of Rotterdam enthusiast. ‘Together we can make the city more future-proof, attractive and more fun for its users!’ is one of her main slogans. As a community-builder, she brings together enthusiastic professionals, entrepreneurs and citizens of Rotterdam to work on that ambition. By lecturing on climate adaptation, urban planning and water management, she helps students in becoming young professionals and co-creators in a future-proof and attractive city. As your host of this event, she is committed to provide you a nice and relaxing day boosted by interesting content. 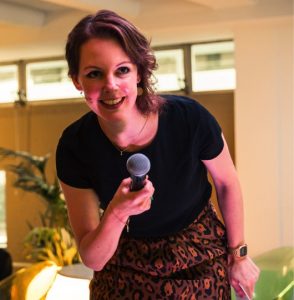 Opening of the LUCI City under Microscope Rotterdam 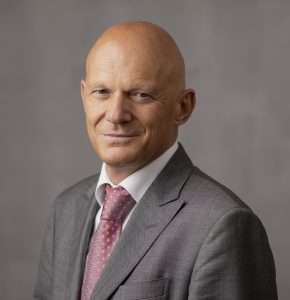 Prior to becoming Vice Mayor, Bert Wijbenga was Chairman of the Board of Woonbron Rotterdam. Prior to that, he was Chief Commissioner, chief of police of Flevoland.

Prof. Dr. Paul Th. van de Laar studied economic and social history and received his PhD from the Tinbergen Institute, graduate school of Economics of Erasmus University. He is general director of the Museum Rotterdam and endowed professor in urban history in the Erasmus University School of History, Culture and Communication. His research topics include urban visual culture, transnational cities and cultural heritage. In 2010, he co-authored « Brandgrens Rotterdam », (The Rotterdam “Fire boundary”) a new visual history on Rotterdam’s bombardment of May 1940. His latest research project is a comparative port history: « Case studies in transnational port-cities history: Hamburg, Liverpool, Marseille and Rotterdam ». As a museum director, his ambition is to set up a city museum for the next generation, that uses contemporary urban heritage as a resource for creating the future. He hopes the new Museum Rotterdam will become the urban consciousness of Rotterdam. 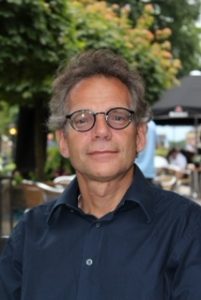 The Lighting Plan of Rotterdam 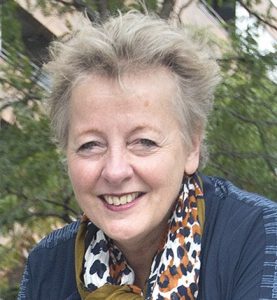 Annemieke Fontein has studied landscape architecture in Amsterdam and Ghent, and urban design in Copenhagen. She has worked for the City of Rotterdam for approximately 20 years. As the Head of Rotterdam’s Landscape Architecture Department, she played a key role in the “Rotterdam Style” guidelines which aim to improve the quality and sustainability of public space through better maintenance, design, urban furniture and light. 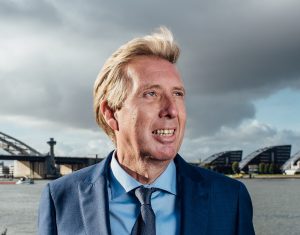 Professor Jan Rotmans is an Independent Researcher and founder of DRIFT (Dutch Research Institute for Transitions) and full professor affiliated to the Faculty of General Sciences and the Faculty of Business Administration at the Erasmus University Rotterdam.

Graham is committed to transforming the cities market globally. Global is the red thread that runs through Graham’s career, having enjoyed living in multiple cultures and working in all continents. Firstly with Shell, the oil & gas giant. Then Gemini Consulting & Capgemini, where he initially addressed transformation of major corporations, subsequently turning to ‘public good’ improvements as global VP for Cities and executive sponsor for the group’s activities with the European Commission. Now, as founding partner of UrbanDNA, a specialist advisory partnership, Graham seeks to cause transformation of, and resolve the critical gap in, the cities market. 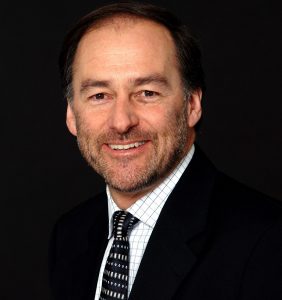 New Lightplan for the city of The Hague 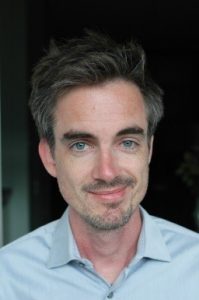 Ritsert is trained as an industrial designer (TU Delft) with an affinity for public space. Before joining Studio DL, he worked at Ziut (market leader in public lighting in the Netherlands) as senior lighting designer and manager of the consultancy department. Since 2012, Ritsert is responsible for the Dutch projects and clients of Studio DL. His focus is on managing the design process. Recent projects include the Nieuwe Markt with the Forum building in Groningen, Jaarbeursplein Utrecht, Willemsbrug Rotterdam and the Digital Masterplan for The Hague.

René has a bachelor’s degree in Civil Engineering and obtained a pre-master’s in urban planning at the University of Groningen. After his studies, he quickly ended up in the public lighting industry, where he completed various projects from design to execution. René is currently working for the Municipality of The Hague as a public lighting consultant with the asset management department. Here, he ensures that the interests of the public lighting team are taken into account in multidisciplinary projects at an early stage. On the other hand, he is responsible for the city’s policy in projects such as the roll-out of smart lighting, a strategy for smart city developments and a long-term vision for lighting in the city.

Dynamic dimming, a pilot in the Bredenoord residential area 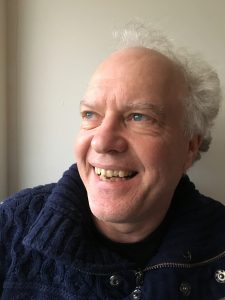 Peter has 18 years of experience in the discipline of public lighting and is specialized in light management and sustainability. He is also responsible for the electrical safety of the public lighting of the city of Rotterdam.
Peter has a bachelor’s degree in Industrial Management and Business Management. In parallel, he has studied electrical engineering and gas technology.

Ruben van Bochove has a bachelor’s degree in Electrical Engineering and a bachelor’s degree in Engineering and Management. He works at Nobralux, market leader in managing public lighting and giving independent advice to municipalities. As manager of southern Holland, he is responsible for all activities in that area, the development of Liteweb (managing software) and the overall strategy. With 20 years of experience, Ruben is an expert on all fields of public lighting. He participated in the European Comity for Standardization (CEN) for the EN13201 (norms) and was chairman of the workgroup “Dutch Public Lighting Norms” in 2011 (ROVL2011). For the last 5 years he has a focus on Smart City and Smart Lighting. 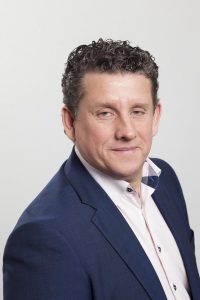 The Maastunnel, special monument of Rotterdam in a new light 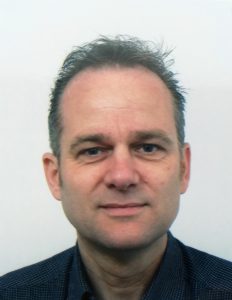 Edwin van ‘t Oor is a technical engineer at the City of Rotterdam since 2005. He has worked on several projects in Rotterdam where he did the engineering of the electrical installations, such as Randstad Rail (2006), which is a light rail transit between Rotterdam and The Hague, Metro Central Station (2009) and a large underground bicycle parking facility (2013). He also did the engineering of the lighting installation of the monumental Wereldmuseum in Rotterdam (2014). Since 2012, he has been involved in the renovation/restoration of the Maastunnel which also includes the tunnel lighting.

Rutger Mullemeister is an electronics engineer with Arcadis, specialized in installations (MEP) for tunnels, bridges and locks. His career began in the field of data communications and cyber security in the nineties and developed into consultancy and project management for complex infrastructure installations. He was and is consultant and principal designer for several tunnels in the Netherlands and Belgium as well as project manager on projects concerning “Operate and Maintain” for infrastructure assets. 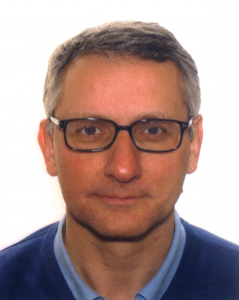 Workshop given by the winners of the Light Challenge competition 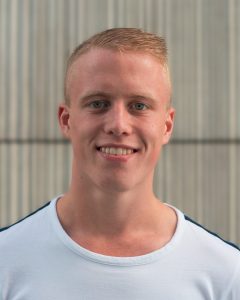 Nick designs, innovates and tests products to ensure the products are working for the consumer requirements. Together with three other students, he has won the Light Challenge 2018.

Wim Pijbes |
Director of Droom en Daad (Dream and Do), former General Director of the Rijksmuseum

Wim Pijbes is director of the Rotterdam based philanthropic foundation Droom en Daad (Dream and Do). He is a Dutch art historian and emeritus General Director of the Rijksmuseum. His initiatives there include the museum’s transformation and grand reopening in April 2013. With the reopening of the Rijksmuseum, he launched Rijksstudio and the open-content museum; the first digital application to offer images of the complete museum’s collection to everyone, free of charge. Pijbes lectures and writes extensively on art, artists, the role of museums in society, philanthropy, education and on the digitization of art. Wim Pijbes holds a position of the Humanitas Professorship in the History of Art at the University of Cambridge. He is Board member of Museum Voorlinden and Board member of the Rembrandt Society. 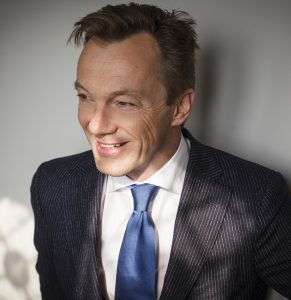 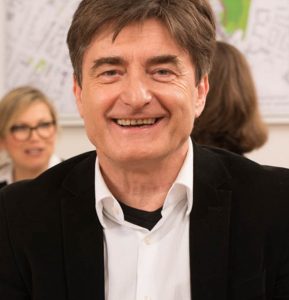 Norbert Wasserfurth studied electrical engineering at TU Gliwice and lighting technology at the Technical University of Warsaw followed by an additional study in lighting technology at the Technical University Karlsruhe. Norbert has since then worked as a lighting designer, product designer and manager in the lighting industry. In 1997, he founded his own design practice Dynamisches Licht/ Studio DL in Hildesheim and has worked on a number of projects in European towns and cities with his continuously growing team. The design practice has received awards and recognition for their work, including the German Lighting Design Prize in 2013 and 2015. Since 2004, he has been an educator and research associate at the University of Applied Sciences and Arts in Hildesheim/DE, conducting research in the fields of Dynamic Lighting, Light-Colour-Emotion, and 3D Visualisation. His teaching activities focus on the Basics of Lighting Design and Design Techniques using Light. As speaker he has contributed to many international conferences and since last year he is author of the book « Light Code ».

Craig Morrison works as a Creative and Artistic Director for outdoor arts events and lighting festivals. He works to create projects that engage with people in large-scale outdoor spaces using the urban landscape as a gallery or stage. Projects include Artistic Director of Blinc in Adelaide Australia, Creative Director of Honour, a WW1 Commemorative Event at Media City in Manchester and most recently the Creative Director for Follow The Vikings – an EU, Creative Europe Large Collaboration Project in 12 European countries. He was made an honorary member of the Alan Turing Society following his BBC Space commission. Craig Morrison uses the written word and poetry as a stimulus and also works with both emerging and world-class artists to create site-specific events with art and poetry as its core. 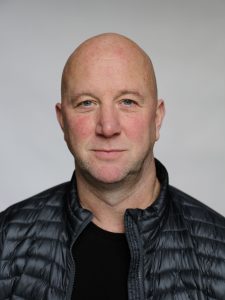 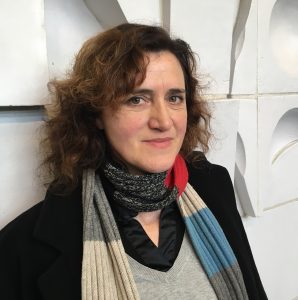 After completing her studies at Willem de Kooning Academy and specializing in art and management at Erasmus University, Marjolijn participated in the city’s development over the years through managing and facilitating various art projects in public space. She works for the CBK (Centre for the Arts) in Rotterdam and develops art projects as a partner with the city dealing with public initiatives such as contemporary monuments. The collaboration also includes maintenance and relocation of art. First and foremost, she is a mediator between artists and all other parties involved.

Kila van der Starre is a literary scholar and poetry critic at Utrecht University. She specialises in ‘poetry off the page’, such as Instagram poetry, performance poetry and street poetry. In 2017, she launched Straatpoezie.nl, a crowd-sourcing website which collects all examples of poems that can be read in the public areas of the Netherlands and Flanders. 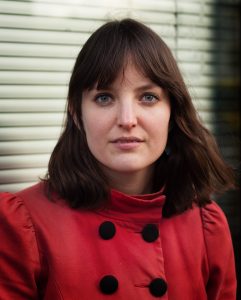 Introduction to Rotterdam design by 3D 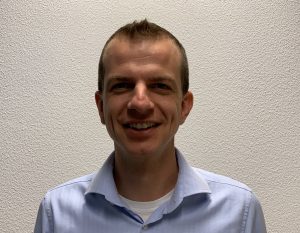 Joop Polfliet is Manager Civil Registry at the City of Rotterdam. He has worked for the City of Rotterdam for 18 years after getting his Bachelor degree in Business Engineering. He has had several management positions in the Public Works department. Among others he was team manager of Public Lighting from 2012 to 2015.

Patrick Morren is an enthusiastic and driven senior advisor at environmental engineering agency Tauw. He focuses on innovations and data driven developments, such as virtual and augmented reality. These new technologies offer a way to visualize and experience different designs and scenarios, such as the new design for lighting of a public space. For many years, Patrick has facilitated countless creative and sustainability workshops. He works on new applications of innovative technologies with the aim to connect specialist knowledge and designs (e.g. of lighting) to the stakeholders who will use the public space in their daily lives. 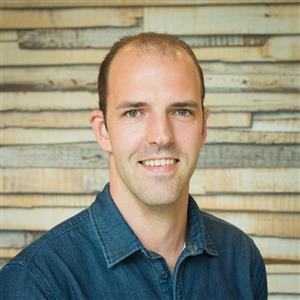