The City.People.Light award, created in 2003 by Philips Lighting and LUCI, the international network of cities on urban lighting, honors the urban lighting projects that attempt to re-humanize the urban environment through the medium of light.

The City of Aalborg, Denmark was awarded the first prize of the 14th annual City.People.Light award for its innovative “House of Music Area” urban regeneration project. AF lighting, the company that designed and executed the project , was also awarded during the ceremony which took place on 4 November 2016 in Seoul, South Korea during the LUCI AGM.

The “House of Music Area” is part of a larger renovation project that was geared towards transforming the Aalborg waterfront from an industrialized zone into a vibrant university city and buzzing cultural hub.

The design embraced the local heritage of the site and used stakeholder analysis to ensure the space was not only attractive, but also inviting to local residents, students, and visitors to the city. “In the new space, lighting intertwines with the natural backdrop of the waterfront creating a unique landscape throughout the day and even at night. The space is adaptive and dynamic ensuring the perfect environment is created no matter the event, exhibition or season. This is achieved through tailored lighting solutions,” said C.F. Møller, the project’s landscape architect.

The cities of Seoul (S. Korea) and Emmen (Netherlands) won the second and third prize respectively in the competition, which received over 30 entries this year. The cities of Lyon (France) and Busan (S. Korea) each received a special mention from the jury composed of  leading lighting designers and municipal lighting project managers.

The international City.People.Light award was created by Philips Lighting and LUCI over a decade ago. Over the years, it has honored multiple cities for their sustainable urban development projects that utilize light to enhance the environment and lives of local citizens. “Lighting is a crucial part of city planning and their appeal. For the 14th consecutive year of this award, we have seen increasing interest from designers and cities in urban beautification and the importance given to urban lighting as part of their innovative city concepts,” said Kim Moonsung, Country Leader Korea at Philips Lighting.

“The City.People.Light award participates in making cities within LUCI and beyond progress towards a better use of light, leading to a better quality of life for their citizens.” said LUCI President Mary-Ann Schreurs, Vice-Mayor of Innovation and Design, Culture and Sustainability at the City of Eindhoven.

Since the railway switched to being underground in 2005, the area had been neglected leading to high crime rates and pollution levels. The Gyeongui Line Forest Walkway Lighting Design Project revitalized this area by utilizing light to create a natural and comfortable space for local residents. The lighting was designed to minimize light pollution at night for local residents while creating a safe walkway for passersby throughout the day. The space has now been reborn as a popular city location with local resident satisfaction exceeding 80%. 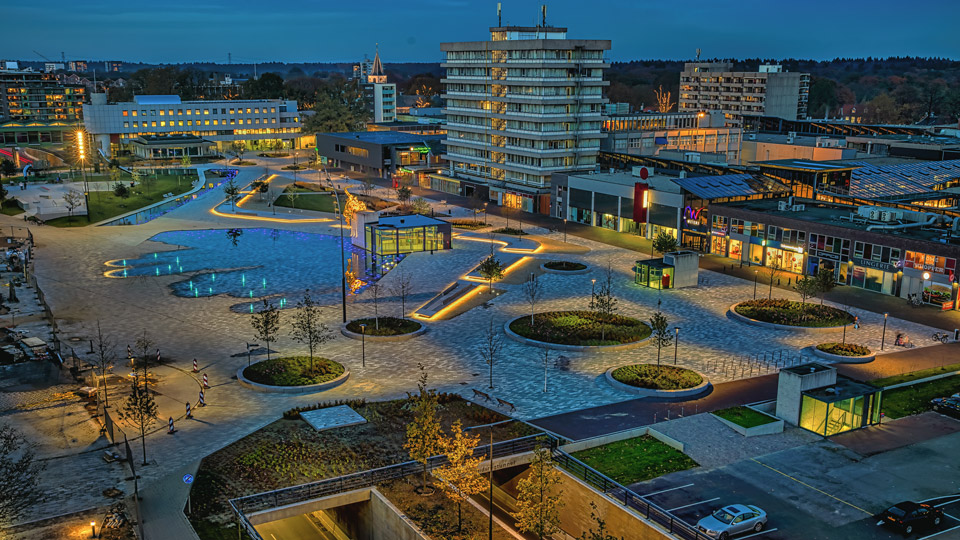 The Emmen City Center Renovation Project began in 2003 with a purpose to boost economic development, generate employment and strengthen the international position of Emmen. Since the project began, lighting has been embedded in attractions across the city emphasizing major landmarks such as the Marktplein (Market Square) and the Raadhuisplein (Town Hall Square). As part of the project, the Hondsrugweg, one of the busiest traffic routes in Emmen, was redeveloped with art instillations interweaved with functional lighting to create a unique roadway for local commuters.

In 2014, the city of Lyon started to renovate the lighting for the Book Silo of the Part Dieu Library located in the 3rd arrondissement. Seen from various broad panoramas, the north, south and east facades of the Book Silo provide a very clear affirmation of the architectural identity of Lyon Municipal Library within the Part Dieu district. At night, the lighting design by Guillaume Jéol, Roland Jéol Studio and BC Ingénierie emphasizes the overall volume and the perfect 17-floor rectangular parallelepiped clad in dark faience and the strong architectural lines of this heritage landmark by Perrin-Fayole. It also expresses the library’s function and supports its evolution toward a digital world based on the rapid, IT-enabled communication of messages and knowledge. More details on this project are also available in the LUCI publication on Light & Art in Public Spaces. 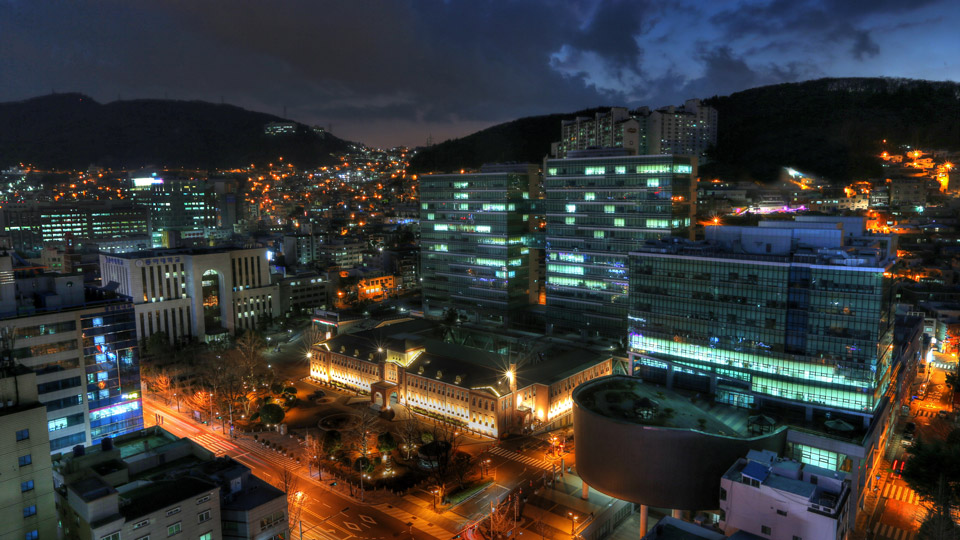 Busan, South Korea’s southernmost city, served as the country’s ‘provisional capital’ in the Korean War. The objectives of the new lighting design were to create a modern history & culture memorial and tour, and a place for citizens and visitors to enjoy; improve the livability of this old town of refugees and their descendants through light and art painting projects; improve security and night-time safety through smart lighting, and to develop the town’s economy. The new lighting
has delivered multiple benefits. Landscape and street lighting have brought a modern historical space to life, and contemporary buildings and streets are now lit for a premium night-time tour of the ‘provisional capital of the Korean War’, thereby boosting tourism revenues.

People’s Choice award winner 2016: Emmen city centre renovation, Emmen, the Netherlands
One of the winners selected by the professional jury was also the favorite of the public! 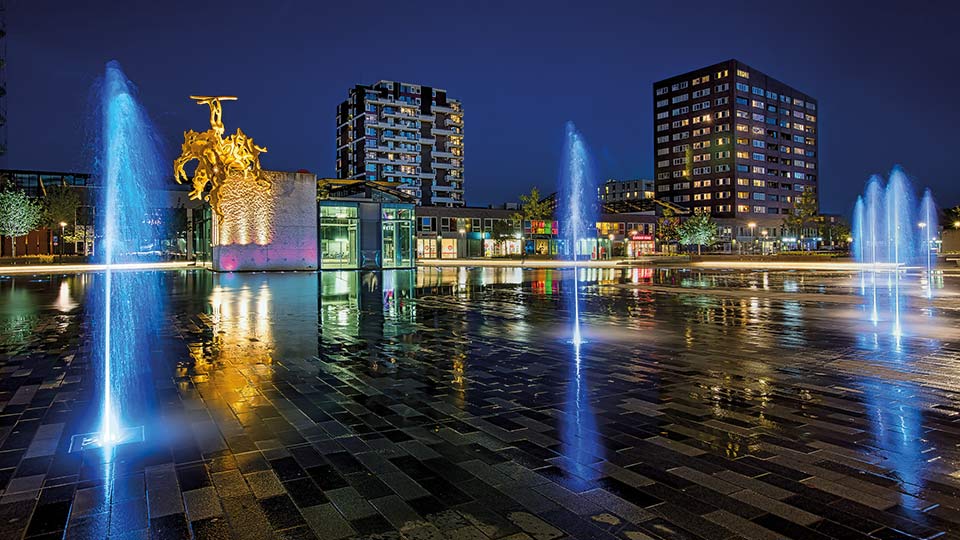