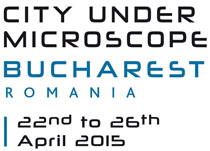 The Romanian capital will highlight the 2015 International Year of Light and the use of light based technologies with “Spotlight on Bucharest”, the first festival in the city dedicated to artistic expression through light and technological innovation. Through this, the urban environment becomes a large interactive exhibition space, firmly placing Bucharest on the cultural map of Europe. Bucharest intends to enter the specialised festivals circuit amongst renowned festivals such as the Fête des Lumières in Lyon (France) and Signal Festival in Prague (Czech Republic).
The first edition of the festival will take place from the 23rd to the 26th of April 2015.

After studying Philosophy at the University of Bucharest and Paris, Stefan Voloaca joined the nascent Romanian advertising industry. Since then his professional competences have increased with a strong emphasis on Creative Event Production. 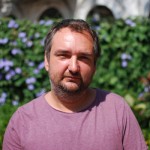