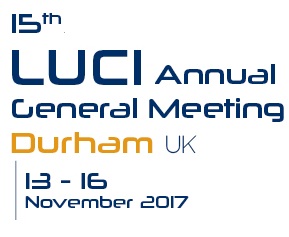 As the international forum on cities and lighting, the LUCI Open Conference Sessions offer unique spaces for participants from all over the world to discuss and dialogue on a wide variety of urban lighting issues.

This year’s Open Conference Sessions, taking place on Tuesday, 14 November afternoon, will once again give cities the opportunity to showcase their lighting projects, festivals and other initiatives, or discuss a topic of their choice. Organised in parallel tracks, each presentation session will last approximately 20 minutes.

Some of the speakers include: 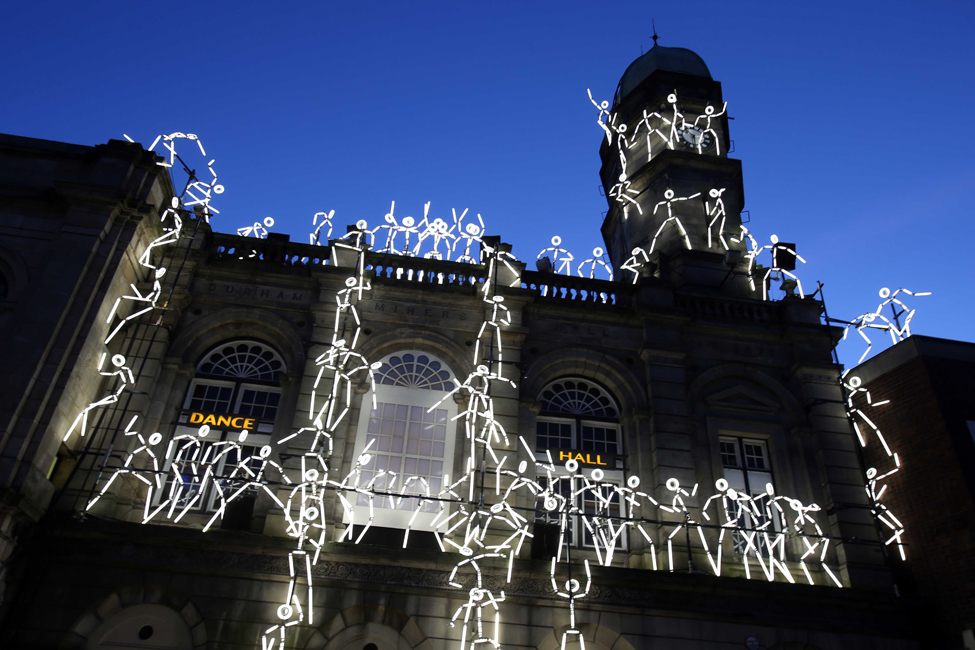 « How do we create change in cities? Endless workshops, planning meetings, community consultations and sticky notes? Probably not!
Test Unit is a summer school & events programme that aims to turn talk into action by prototyping ideas in public space. » (Test Unit – Glasgow Canal Project, July 2017)
In summer 2017, Glasgow’s Canal Corridor created and hosted a week long intensive professional summer school for people living, working and visiting the area to test out and develop interventions to reactivate the public realm. Focusing on the ‘Responsive Lighting Theme’ of Test Unit, which was facilitated by Jason Bruges Studio, Heather Claridge from Glasgow City Council will present the playful approach, outcomes and learning from this urban design programme.

Discussions about the future often turn into interesting debates that frequently end with the statement, “Only time will tell.” Once the discussion is over, we return to our lives and spend most of our time concentrating on the present. The future, in contrast, is the field of possibility, uncertainty, and intangibility. Scenario planning is a method for exploring plausible future scenarios. This presentation walks through the journey taken by the scenario planning team of Philips Lighting, exploring four potential scenarios how we might experience cities in 2035, in a region very much like Europe. By stretching our thinking, scenario planning helps us spend more time discussing change and future uncertainty in the business landscape. This in turn helps us better prepare, tackle, embrace, and even enjoy changes when they happen. These scenarios are intended to be used as a tool to continue the journey we have started by questioning assumptions and prejudices about the future, and encouraging debate about the future and preparing for it.

Jinju city is a model welfare city in Korea where industry and culture are well harmonized. Originating from the historicity of the Jinjuseong battle, the Jinju Yudeung Festival is a renowned light festival in Korea. It is the first regional festival exported in Korea. The festival is financially self-sufficient and globally competitive. With the globalization of Festival, it has spread Korean culture and raised the profile of the Jinju city brand and national image. It aims to grow to become one of the world’s top five festivals.

Researchers estimate that 40 percent of senior citizens over the age of 65 suffer from sleep disorders. The project LIGHTEL examines how so‐called circadian lighting can give older people better sleep and help regulate circadian rhythms to reduce episodes of anxiety, depression etc. The project investigates how lighting and intelligent management that is tailored to individual needs can create better health and quality of life, e.g. through improved sleep. The project will test the LED lighting and control systems in Sundhedshuset Albertslund’s care homes for elderly people. This should create knowledge and clarity about the role LED lighting can play in improving health. Depending on the results, the project can help to strengthen the use of LED lighting for the promotion of good health in municipal institutions and private homes.

Light up the North (LUTN) is a network of seven northern light festivals which have come together to share their collective expertise to support both the development of the partner festivals and the wider sector. Through regional, national and international networking and collaboration LUTN nurtures artistic ambition through artist and producer development, co-commissioning and joint fundraising. The network hosted Light Lab the residential seminar programme that ran in Blackpool between March and June 2017. It provided opportunity for seven light artists, nominated by LUTN members, to further their practice and develop new light based artworks in response to creative briefs set by the festivals. Participating artists Debi Keable, Dave Lynch and Tom Skinn join Blackpool Creative lead Alex Rinsler to share their experiences.

Light Night Leeds and Quays Culture at Salford Quays have for the past 2 years partnered as co‐ commissioners. Both organisations run art events including an annual light festival each – Light Night and Lightwaves respectively. The co‐commissioning enables them to work with emerging artists to introduce them into working in public spaces and adapting their digital art to work with large audiences at busy events. This presentation will highlight some of the successes and challenges of such a programme.

The conference will present the experience of cLSF (Concepteurs Lumières Sans Frontières or Lighting Designers Without Borders), particularly through its mission in Haiti, begun in 2010, just after the earthquake. In agreement with the Haitian foundation specialized in education, FOKAL, cLSF brought about the night-time transformation of a disadvantaged district of Port‐au‐Prince, the Martissant district. This was done through a long process of collaboration with FOKAL but also with local associations and inhabitants as well as an advanced analysis and on-site testing of resources, techniques (solar energy, different solar solutions), and sustainable equipment.

This presentation will give a brief overview of the steps taken towards the full implementation of LED technology in public lighting of the city of Dubrovnik. It will present previously implemented projects for reducing consumption of electricity and light pollution, as well as pilot projects implemented using LED technology review.

The City of Ghent, which has had a lighting master plan since 20 years, uses architectural illumination in a sober manner, to reinforce the architectural image and expression of historical buildings, within their urban scenery and nocturnal context. It has recently begun working with LED in architectural illumination. For Ghent, architectural lighting (with LEDs) is not a goal in itself, but a way to achieve a vision: to let the architecture speak instead of the light sources. See how Ghent  implements the new technical possibilities offered by LEDs within the typical light language of its Light Plan through this presentation of examples and new projects.

The Internet of Things (IoT) is a growing trend and there are several opportunites. This presentation focuses on the need for open urban IoT systems (starting from the switch to LED opportunity in public lighting), that supports a Smart City vision which aims at exploiting the most advanced communication technologies to support added‐value services for the municipalities and their citizens.
It is important to choose or create open standards to provide communication to all kinds of actuators or sensors without the need of buying separate systems to manage each additional device. Open standards drove rapid advancements in other industries such as computers or smartphones. The same is likely to be expected for open urban IoT systems including connected lighting because innovators use standards to advance technology.
This talk will present the conclusions of Eandis’ search at an architecture for urban IoT and show the status of a proof‐of‐concept deployment for connected public lighting as a first outdoor application.

Pikisaari Island, one of the creative spots in Oulu with artists, artisans and a vocational school for artisans, and up-and-coming touristic attraction, is connected to the mainland with several bridges. The new lighting of the bridges creates a strong connection between Pikisaari and the mainland. The time of daylight differs according to seasons, and in summer lighting is not required, because the sun sets in June at 23:40 and rises at 2:50. In winter artificial lighting is necessary almost all the time (in December sun rises at 9:50 and sets at 14:20). Moreover, when the river is frozen and the ground is covered with snow, the lighted bridges look different than in autumn darkness. Discover how this affects the new lighting of the bridge.

Following the ‘Havenspoorpad’ Rotterdam project, the energy‐efficient LED lighting implemented in the Reyeroord district was tested in winter 2016/2017. Two types of lighting were tested. Part of the district has dynamic lighting: the street lighting is dimmed by default and if a pedestrian, cyclist or car travels through the street, the lamps gradually burn at full strength and are then dimmed again. Another part of the district is statically dimmed.
With the help of a survey, residents were able to tell the city what they think of the new lighting. The research has raised questions regarding the environment, street and road users and also people’s feeling of safety.  This project was nominated for the Inspiration Award 2016 of the Dutch Space and Light Festival.